Debris from Ida rips through power lines in Louisiana

NASHVILLE, Tenn. - Heavy rains from Hurricane Ida have forced Bonnaroo Music & Arts Festival in Tennessee to cancel as organizers say the waterlogged festival grounds are unsafe for driving or camping.

The annual festival was scheduled to start Thursday on the site of a former farm in Manchester, about an hour southeast of Nashville.

On social media Tuesday, the festival said that tremendous rainfall over the last 24 hours, remnants of Ida's powerful winds and rain, have saturated the paths and camping areas. 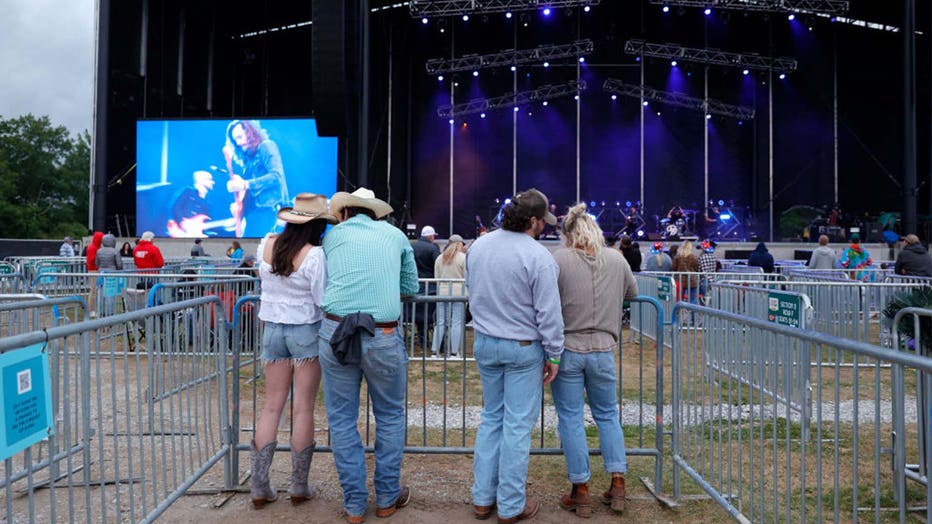 The festival had earlier warned fans that camping capacity would be reduced because of the rain, but by Tuesday afternoon, the festival said its central stage area was also waterlogged.

Artists who were scheduled to headline include Tyler, the Creator, deadmau5, Lizzo, My Morning Jacket, Foo Fighters and Megan Thee Stallion.

The festival's attendance in 2019 was around 80,000 but last year's event was postponed to this year because of the COVID-19 pandemic. Refunds were being offered for fans.