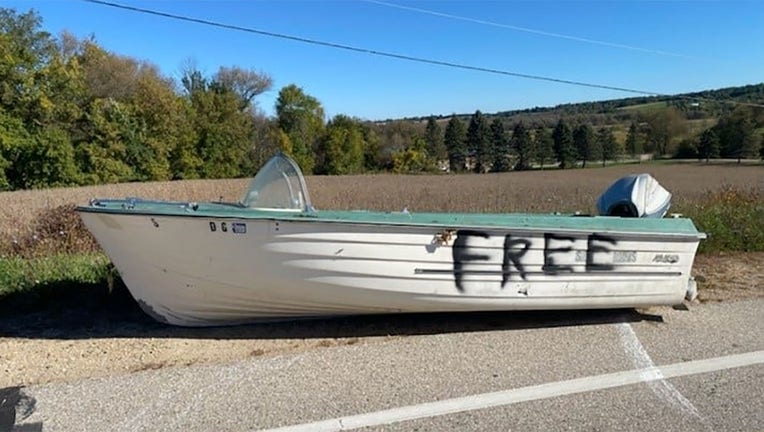 WASHINGTON COUNTY, Wis. - A vehicle parked on the side of a country road isn't exactly unusual. What is unusual is when that vehicle should be on the water.

According to the Wisconsin State Patrol, a boat – "free" painted on its side – was recently left on State Highway 33 in Washington County.

In a Facebook post, the State Patrol reminded citizens that the side of the road is not the correct way to get rid of a boat.