WASHINGTON - President Joe Biden signed an executive order Tuesday to increase the minimum wage to $15 an hour for federal contractors, giving a pay bump to hundreds of thousands of workers.

Workers who currently earn the minimum of $10.95 an hour would receive a 37% pay hike, though the increase would be rolled out gradually, according to the terms of the order.

"This executive order will promote economy and efficiency in federal contracting, providing value for taxpayers by enhancing worker productivity and generating higher-quality work by boosting workers’ health, morale, and effort," the White House said in a statement. 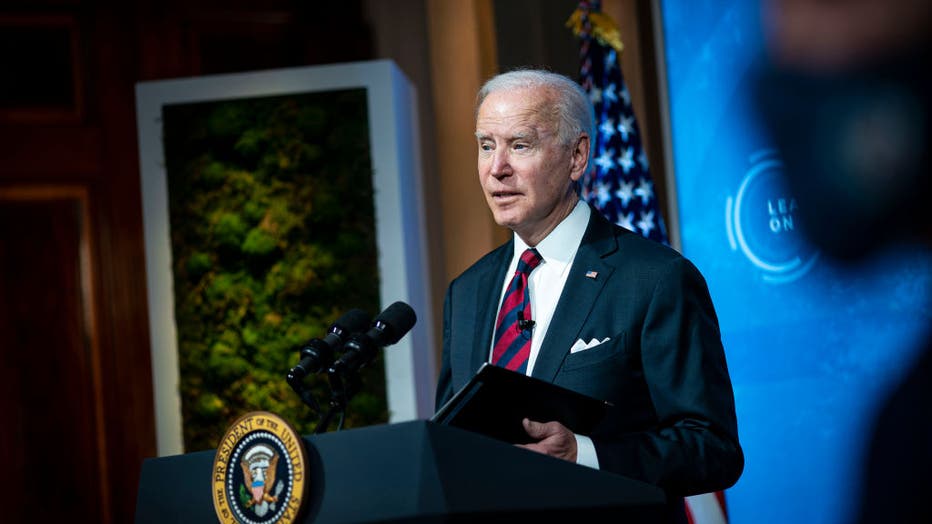 FILE - President Joe Biden delivers remarks during a virtual Leaders Summit on Climate with 40 world leaders at the East Room of the White House April 22, 2021 in Washington, D.C. (Photo by Al Drago-Pool/Getty Images)

The wage would be indexed to inflation, so it would automatically increase with each year to reflect changes in prices. The tipped minimum wage of $7.65 an hour for federal contractors would be replaced by the standard minimum by 2024.

"These workers are critical to the functioning of the federal government: from cleaning professionals and maintenance workers who ensure federal employees have safe and clean places to work, to nursing assistants who care for the nation’s veterans, to cafeteria and other food service workers who ensure military members have healthy and nutritious food to eat, to laborers who build and repair federal infrastructure" the White House said in a statement.

The officials could not provide an exact figure on how many workers for federal contractors would receive a raise, only that it would be hundreds of thousands. There are an estimated 5 million contract workers in the federal government, according to a posting last year for the Brookings Institution by Paul Light, a public policy professor at New York University.

The order follows one from former President Barack Obama, signed in 2014, which raised the minimum wage for federal contractors to $10.10 per hour.

President-elect Joe Biden urged for the minimum wage to be increased to $15 an hour during his COVID relief plan.

Biden has pushed to establish a $15 hourly minimum wage nationwide for all workers, making it a part of his COVID-19 relief package. But the Senate parliamentarian said the wage hike did not follow the budgetary rules that allowed the $1.9 trillion plan to pass with a simple majority, so it was not included in the bill that became law in March.