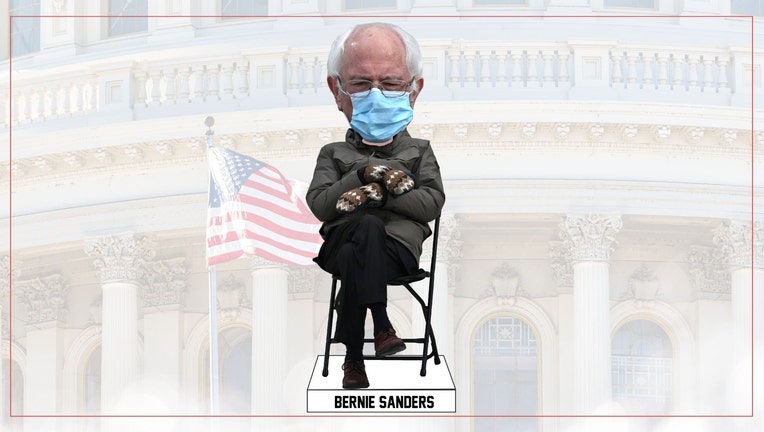 The bobblehead commemorates the day's viral moment when Vermont Sen. Bernie Sanders was pictured watching the Inauguration ceremony to swear in Joe Biden as the nation’s 46th President.

The bobbleheads are only available through the National Bobblehead Hall of Fame and Museum’s online store. They are $25 each plus a flat-rate shipping charge of $8 per order and are expected to ship in May.

Bobbleheads of all 46 U.S. presidents have now been produced with the "Neglected Presidents" series filling in the missing president bobbleheads.

A Wisconsin girl was a part of history on Jan. 20, joining the nation's leaders during the inauguration of Joe Biden as the nation's 46th president.