MILWAUKEE - A Bay View mechanic is offering customers a new service to protect their catalytic converter -- the part thieves steal and sell for cash.

Cutting the catalytic converter can be done in seconds, but a Bay View mechanic's new anti-theft service makes it a lot harder to steal.

"One family right up the road, they were hit three times in the last six months," said Elijah Corona, owner.

Corona said he knew he had to try something to protect customers from falling victim to catalytic converter theft. 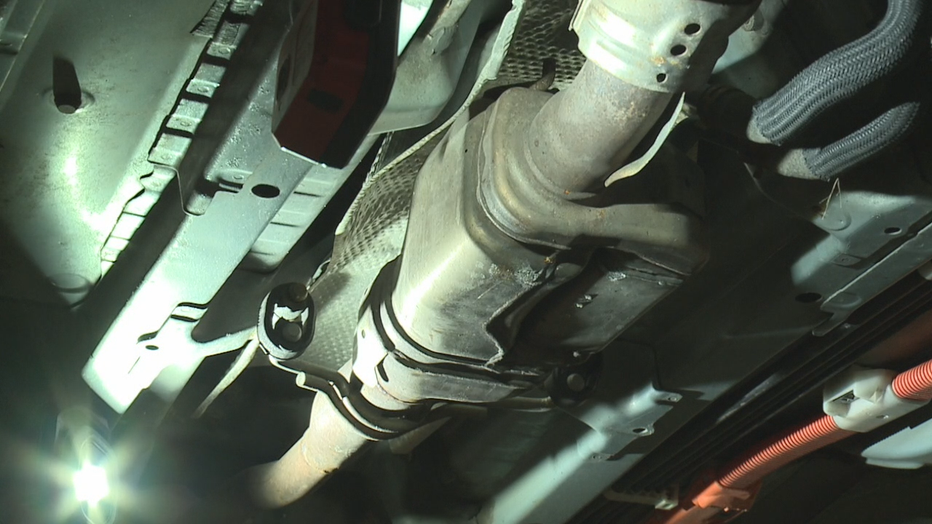 "There's a lot of irritation and frustration," said Corona. "You know, why were they targeted? Why would they do this? It's a headache to deal with from start to finish."

A headache he hopes to fix with a new service, using two pieces of rebar.

"We found even with the best of the best carbine blades, rebar is extremely difficult to cut through," said Corona. "It is possible to cut through it, but you're gonna go through several blades and the blades are on the upwards of $15 per blade."

After a look underneath the car to measure, the rebar is heated and bent to match the exhaust. Once that's done, it's tack-welded to the car in several spots. 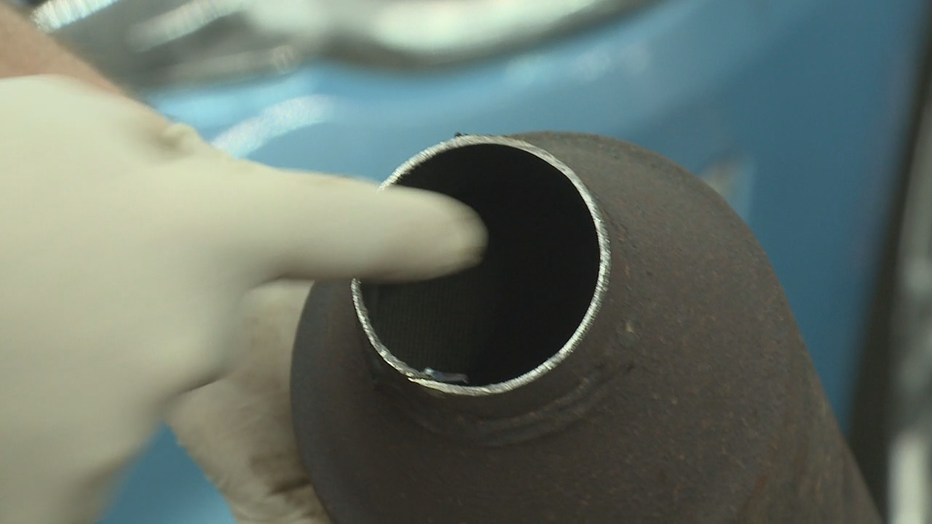 "So again, you can't just break one weld loose," said Corona. "There's multiple there to deal with."

It means this normally quick crime "isn't as easy to get away with anymore," as Corona described.

Corona said he wanted to make this anti-theft service relatively affordable, with an average cost right around $75. It's a bargain compared to the thousand bucks it would cost to replace the catalytic converter.

Police: 3 shot near 20th and Center in Milwaukee

Police are investigating a triple shooting near 20th and Center in Milwaukee on Tuesday afternoon, April 13.