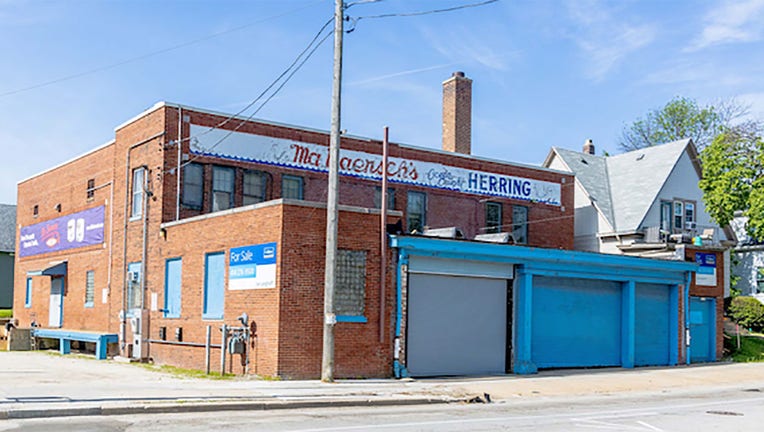 Situated near Locust and Humboldt, the 9,650-square-foot facility was originally purchased in 1851 by Garrett Fitzgerald, an Irish immigrant and one-time Milwaukee County sheriff and treasurer.

In 1891, the building was sold to the Joseph Schlitz Brewing Co. It was later sold to Cudahy Brothers co. in 1914 and then to Baensch Food Products Co. in 1946. The current owner purchased the property in 1999.

After 23 years of serving as the most recent steward of the building, the current owner said it was time to find a new owner who will care for the iconic building and give it a new purpose.

Baensch Food Products Co. headquarters will remain in Milwaukee, moving to a facility off of Oklahoma Avenue near I-794.

Last fall, the company announced it moved its herring packaging operation to its vendor partner’s facility in Minnesota. It had been using co-packers since 2004 because of the volume increase in production that the Riverwest building could not accommodate.