The price of bacon has increased nearly 50% over the past 10 years and those prices won’t be going down any time soon.

In 2011, the price of bacon in August was $4.77 and in August of this year, bacon prices skyrocketed to $7.09, according to data collected by the U.S. Bureau of Labor and Statistics.

While inflation is a factor, as well as consumer demand, a White House report released on Sept. 8 also blamed the record prices in part due to lack of competition in meat processing.

"While factors like increased consumer demand have played a role, the price increases are also driven by a lack of competition at a key bottleneck point in the meat supply chain: meat-processing," according to a White House briefing. 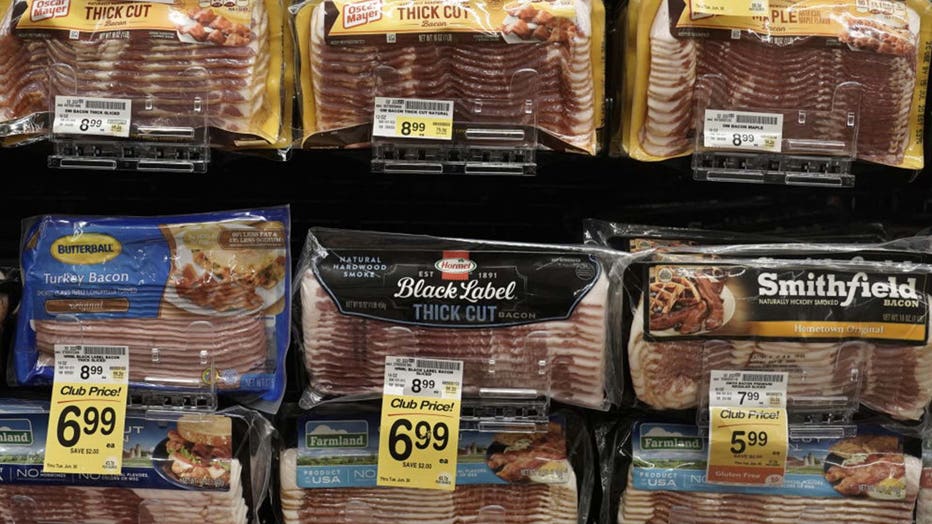 According to the White House report, only four conglomerates control meat-processing for beef, pork and poultry in the United States. "And the data show that these companies have been raising prices while generating record profits during the pandemic," said National Economic Council Director Brian Deese at a press briefing on Sept. 8.

The administration is "taking bold action to enforce the antitrust laws, boost competition in meat-processing, and push back on pandemic profiteering that is hurting consumers, farmers and ranchers across the country," Deese said.

Overall, the cost of food bought to eat at home skyrocketed by the most in 46 years, and analysts caution that meat prices in particular could remain high as slaughterhouses struggle to maintain production levels while implementing procedures intended to keep workers healthy.

While price spikes for staples such as eggs and flour have eased as consumer demand has leveled off, prices remain volatile for carrots, potatoes and other produce because of transportation issues and the health of workers who pick crops and work in processing plants.

Big fluctuations in food prices began in March of 2020 when the coronavirus pandemic began to sink in for U.S. consumers.

Prices were up in five of the six major grocery store food groups in July of 2021, falling only for fruits and vegetables.

The Federal Reserve has said the price increases that have occurred in the wake of COVID-19 are "transitory" and that those pressures will subside as the supply-chain disruptions are resolved.

FOX Business contributed to this report. This story was reported out of Los Angeles.