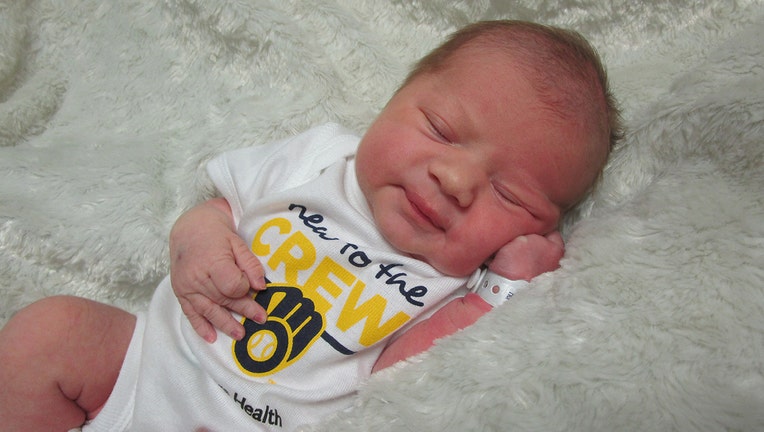 MILWAUKEE - Milwaukee Brewers postseason excitement is building among fans young and old – including some who are really young.

The limited-edition "New to the Crew" onesies are being given to parents and newborns at all Aurora birthing centers across Wisconsin, including Aurora Sinai Medical Center, Aurora West Allis Medical Center and Aurora Medical Center in Grafton.

While these babies are still learning that there’s no crying in baseball, they’re cheering on the Crew with their families and backing the Brewers’ push for the World Series.

Aurora Health Care is the official health care provider of the Milwaukee Brewers and will distribute onesies to parents and babies while supplies last.

The Milwaukee Brewers will host the National League Division Series (NLDS), starting Friday, Oct. 8 at 3:37 p.m against the Atlanta Braves.

'Claws Up" event to celebrate the Milwaukee Brewers' postseason run

Milwaukee Mayor Tom Barrett and other city leaders along with Brewers GM David Stearns celebrated the Brewers' postseason run with a "Claws Up" event outside of City Hall.