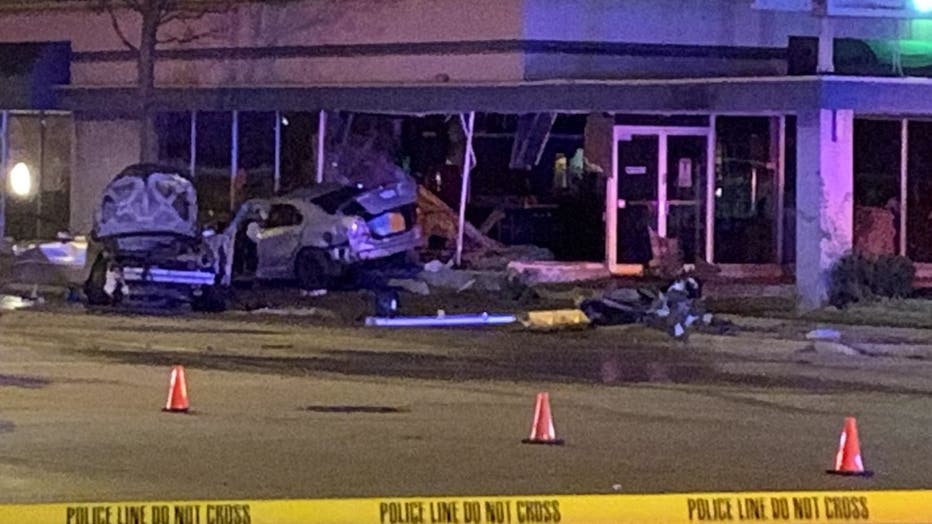 Fatal crash at 68th and Capitol

It has leaders at City Hall obviously saddened at the loss of life but also looking ahead to a crucial funding vote Tuesday. That Common Council President Cavalier Johnson says could help address reckless driving.

At the corner of 68th and Capitol, the windows to Wow Furniture have been boarded up again.

The second time in four months, after the storefront was shattered following Sunday's deadly crash.

"We see reckless drivers every day. There's always accidents. That brings fear into our, you know, when we're driving," Noor Twam said.

By now, Noor Twam says she's accustomed to the frequent speeding — and reckless driving — but with yet another Capitol Drive crash claiming the lives of two people...

"This is horrible. It's a horrible feeling," she said.

She says she'd like to see the city step in.

"I wish if they would look into this matter because really, it's serious," she said. "And it's causing a lot of safety issues for people, for human beings."

It's a sentiment Common Council President Cavalier Johnson agrees with, saying that change could begin as soon as Tuesday.

"Milwaukeeans are concerned about this," Johnson said. "This is a chief matter of public safety no matter where you go in our city and in our region, and the council has an opportunity to make sure our police have some tools, some additional tools in the toolbox, to be able to address things like this."

The common council will vote on whether to approve the nearly $10 million 'COPS' grant. A federal award that would be used to hire 30 police officers, even as the department is shrinking.

"My intuition tells me that the police are going to have to go from call to call to call and won't have time to do more of the proactive policing, such as patrolling streets for reckless drivers, like what's need on Capitol Drive," he said.

Hoping more officers on the streets can prevent more tragedies down the road.

Johnson says he understands people wanting to turn the money down, citing the need for police reform, but he says reform must happen in a reasonable way that still allows police to have a meaningful impact.

Police are investigating a crash that left both drivers dead on Milwaukee's north side Sunday.