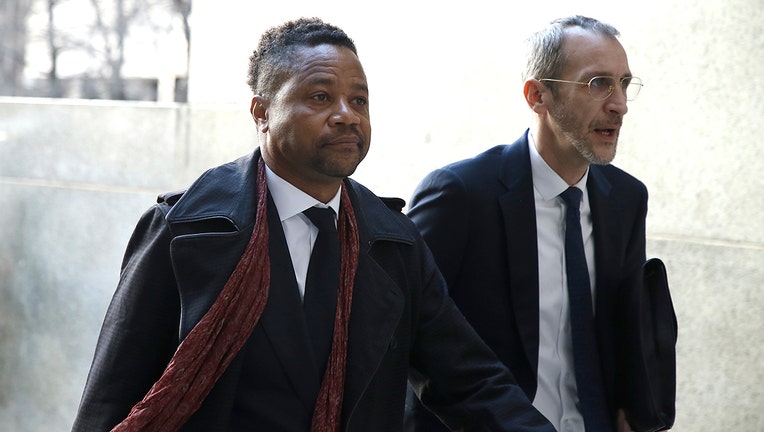 The guilty plea came nearly three years after the Oscar-winning "Jerry Maguire" star was arrested in the case that saw several delays as his lawyers sought to get charges reduced or dismissed.

Gooding, 54, accused of violating three different women at various Manhattan night spots in 2018 and 2019, pleaded guilty to just one of the allegations.

He told the judge he "kissed the waitress on her lips" without consent at the LAVO New York nightclub.

RELATED: Before Will Smith, who else was banned from the Oscars?

Gooding's plea deal calls for no jail time. If he continues counseling for six months, he can withdraw the misdemeanor plea and plead guilty to a lesser violation of harassment.

Gooding was arrested in June 2019 after a 29-year-old woman told police he squeezed her breast without her consent at Magic Hour Rooftop Bar & Lounge near Times Square. 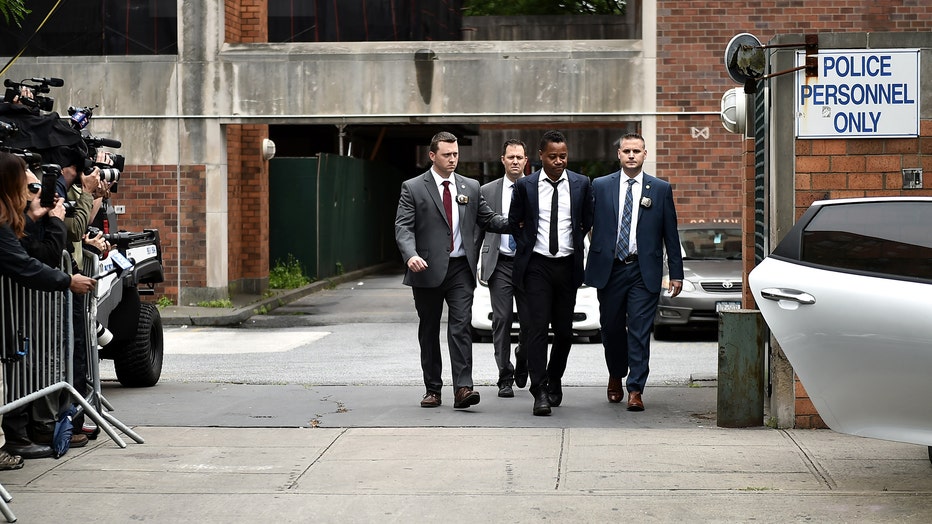 Actor Cuba Gooding Jr. is seen after turning himself in to the New York police on June 13, 2019 in New York City. Gooding was charged with a misdemeanor count of forcible touching for allegedly groping a woman at a night club. (Photo by Bauzen/GC Ima

A few months later, he was charged in two additional cases as more women came forward to accuse him of abuse. The new charges alleged he pinched a server’s buttocks after making a sexually suggestive remark to her at TAO Downtown and forcibly touched a woman inappropriately at the LAVO nightclub, both in 2018.

Gooding had previously pleaded not guilty to six misdemeanor counts and denied all allegations of wrongdoing. His lawyers have argued that overzealous prosecutors, caught up in the fervor of the #MeToo movement, are trying to turn "commonplace gestures" or misunderstandings into crimes.

The judge had ruled that if the Gooding case went to trial, prosecutors could have called two additional women to testify about their allegations that Gooding also violated them. Those women, whose claims did not result in criminal charges, were among 19 other accusers whom prosecutors were seeking to call as witnesses.

Along with the criminal case, Gooding is accused in a lawsuit of raping a woman in New York City in 2013. After a judge issued a default judgment in July because Gooding hadn’t responded to the lawsuit, the actor retained a lawyer and is fighting the allegations.