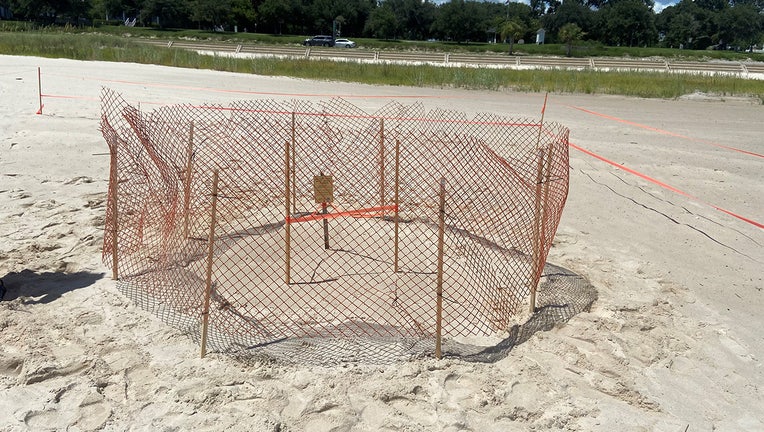 Researchers at the Institute for Marine Mammal Studies in Mississippi are closely monitoring the first sea turtle nest they’ve seen since 2018.

The nest is located in Pass Christian, Mississippi, and is believed to be that of a loggerhead or possibly a Kemp’s sea turtle, researchers told FOX TV Stations.

The species of turtle won’t be positively determined until the eggs hatch. "The reason being that the turtles usually lay their eggs and return back to the sea which makes it difficult to ascertain the species," an Institute of Marine Mammal Studies spokesperson said.

The return of nesting sea turtles means the environment in this specific area is finally recovering, according to the institute.

Several major environmental events such as hurricanes and storms, in addition to the BP oil spill and the opening of Bonnet Carre Spillway in St. Charles Parish, Louisiana, impacted the habitat. These events caused "considerable damage" to the wildlife in the area, the spokesperson added. 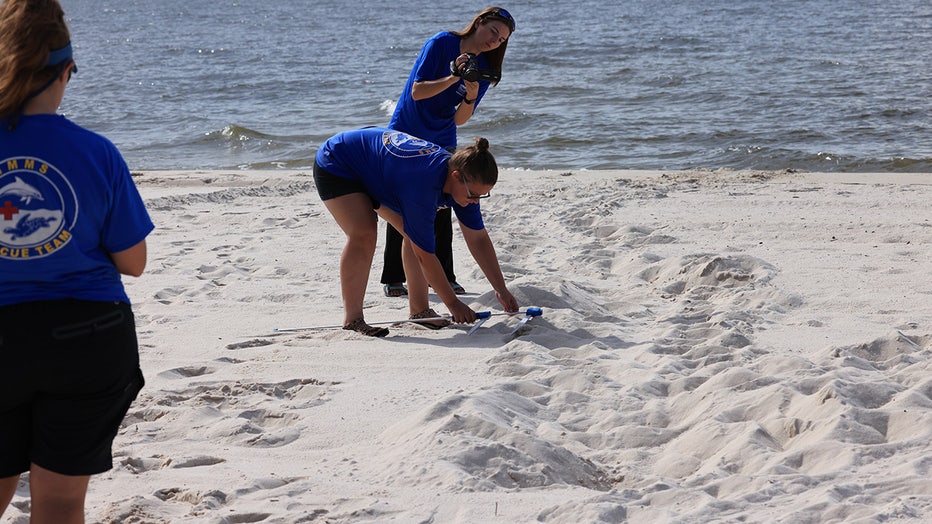 "The return of nesting is a good sign that the environment is recovering and the restoration efforts of IMMS are paying off," they said.

Female sea turtles usually nest twice during the mating season, according to Conserveturtles.org. Some may nest up to 10 times during one season.

And a female sea turtle will not nest in consecutive years. Just like any parent, they need breaks and female turtles will go up to two years without nesting at a time.

There are several species of sea turtle that are classified as endangered, according to the World Wildlife Fund.

Over 200 years of being killed for their meat, eggs, shells and skin, as well as impacts from climate change, have seriously damaged the chances of survival for this sea-faring species, according to the WWF website.

"Nearly all species of sea turtle are now classified as endangered, with three of the seven existing species being critically endangered," the WWF website said.

This story was reported from Los Angeles. Kelly Hayes contributed to this report.