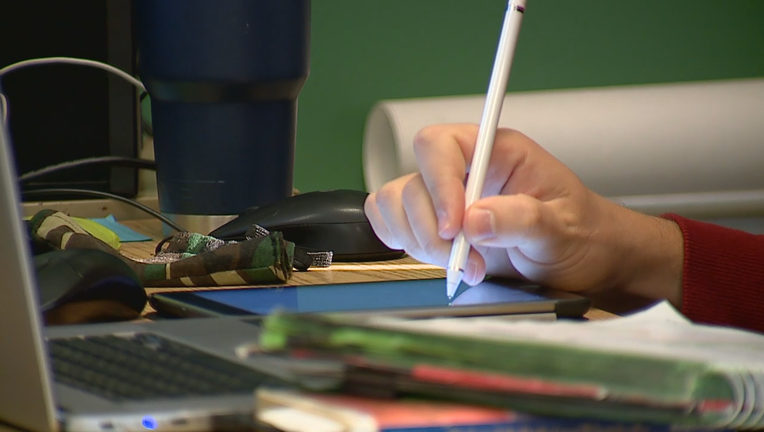 MADISON, Wis. - The race to be Wisconsin's top education official is wide open for the first time in a dozen years and it's only the second time since the 1980s that Tony Evers, who left the post as state superintendent when elected governor, is not on the ballot.

Seven candidates are vying for the nonpartisan position. Voters will narrow the field to two in the Feb. 16 primary. The two highest vote-getters will face each other in the April 6 general election.

The next schools chief will take over at a time when schools are in their second year of dealing with the COVID-19 pandemic, there's continued competition for limited state funding and there are ongoing struggles to close the achievement gap.

Carolyn Stanford Taylor, appointed by Evers to fill his spot after he was elected governor two years ago, chose not to seek a full four-year term.

Also running is Deborah Kerr, who worked 13 years as superintendent of Brown Deer Schools; Steve Krull, a principal in the Milwaukee Public Schools, where he worked for 12 years; Troy Gunderson, an adjunct professor at Viterbo University in La Crosse who had a 35-year career in public education; and Joe Fenrick, a Fond du Lac High School science teacher for 15 years who also is serving his third term as a Fond du Lac County supervisor.

The job of state superintendent is to oversee education policy in Wisconsin. That includes setting priorities and a two-year budget request, managing a variety of education programs statewide, including the voucher and school choice programs, as well as dispersing grant funding to schools and districts.

The superintendent's powers are limited and they must implement the laws as passed by the Republican-controlled Legislature and signed by Evers.

State superintendent races are officially nonpartisan but typically pit Democratic-backed supporters of public schools against candidates with more conservative support who are often advocates for taxpayer-funded vouchers and other choice programs.

Kerr and Hendricks-Williams are the only two candidates who have not said they oppose the voucher program. Kerr has Republican support while Hendricks-Williams previously worked for the Democratic governor's field office in Milwaukee.

Kerr, unlike previous candidates who support vouchers, has not made that a focal point of her campaign. Her campaign website doesn't list the voucher or school choice programs among her list of priorities, while she campaigns on the promise of creating a "world class public education system" while emphasizing her 40 years of work in public education, teaching in private school and creating a charter school. Kerr left her superintendent job at Brown Deer in June 2020.

Kerr has the support of Republican state Sen. Alberta Darling, a voucher supporter, and some local Republican Party chapters, including La Crosse and Green counties, have urged support for Kerr, saying she is the only conservative in the race.

Underly has positioned herself as the most vocally anti-voucher school candidate, opposing expansion of the program, calling for more accountability and saying funding should instead be going to public schools. She scored a huge endorsement in the race, winning backing from the statewide teachers union, the Wisconsin Education Association Council.

Within days of that endorsement she won backing from former state Superintendent John Benson and 12 current or former Democratic state lawmakers.

Underly, superintendent for the rural Pecatonica Area School District since 2015, is the only candidate currently running a school district. A former assistant director at the state Department of Public Instruction, Underly worked there from 2009 to 2014 and has 20 years of experience in education, starting as a high school teacher in Indiana.

Briggs is an assistant state superintendent who has been at the state education department since 2011. She leads the academic excellence division, which works on a wide array of programs including student standards, teacher licensing, gifted and talented, academic and career planning and early childhood. She previously worked 15 years in the Madison school district, including as a teacher and principal.

Hendricks-Williams, the only African American in the race, has more than 25 years of experience in a variety of education roles, including at the state education department under Evers. Earlier in her career she was an administrator and special education teacher in Milwaukee Public Schools for nine years. She's endorsed by Howard Fuller, a former Milwaukee schools superintendent and a national school choice advocate.

Briggs has the backing of former Democratic state Sen. Tim Cullen, of Janesville, and the group Pride in Running, which advocates for young LGBTQ people to be engaged in politics, including running for office.

Who will receive a third stimulus check? What we know so far

Congressional Democrats are barreling ahead on passing a sprawling coronavirus relief plan without any Republican support, likely ensuring that most Americans will receive a third stimulus check.

Contact 6’s Jenna Sachs collected samples from door handles around Milwaukee and brought them for a local lab for testing. Some samples tested positive for the coronavirus.