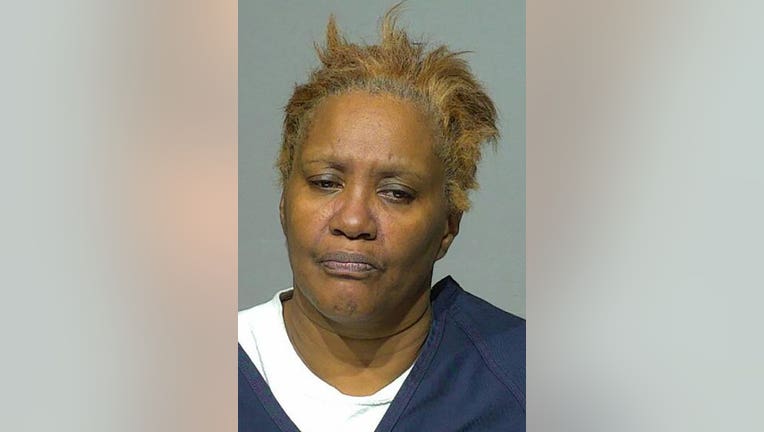 MILWAUKEE - A 53-year-old Milwaukee woman is charged in connection with a shooting incident that wounded another woman hear 40th and Custer. The accused is Angela Griffin – and she faces the following criminal counts:

According to the criminal complaint, officers responded to a shooting near 40th and Custer in Milwaukee on Tuesday, Sept. 27. Police spoke with a woman who stated she was friends with the defendant since March 2021, but lately they had been on bad terms. The woman told police "the defendant had been threatening her and keying her vehicle."

The woman said "she believes the defendant discharged a total of approximately nine shots at her vehicle," the complaint says. When her car wouldn't start after the gunfire, "she fled from her vehicle on foot to avoid gunfire and ran" to a neighbor's house for help. During this time, the woman "felt an itching/burning sensation to her right shoulder and realized she had been grazed."

The complaint says police spoke with a person who captured the latter part of this incident on cellphone video.

When questioned by police, Griffin "stated that she was confronted by (the woman), who almost hit her with her vehicle. She stated (the woman) approached her vehicle with a knife in her hand, at which point she (the defendant) shot into the air." The complaint says Griffin further stated "she shot at (the woman's) vehicle three times.

Griffin made her initial appearance in Milwaukee County court on Friday, Sept. 30. Cash bond was set at $7,500. Griffin is due back in court for a preliminary hearing on Oct. 10.