WASHINGTON - Three of the men accused of plotting to kidnap Michigan's governor had new charges added to the government's lawsuit against them, tacking on a weapon of mass destruction count. 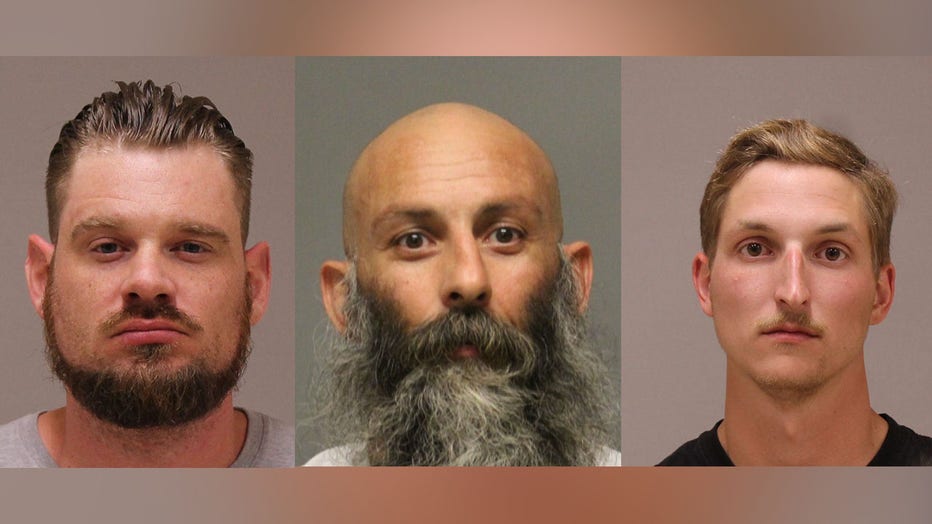 The defendants, Adam Fox, 40, Barry Croft Jr., 45, and Daniel Joseph Harris, 23, were all charged with knowingly conspiring to use a weapon of mass destruction against persons or property.

An indictment from a federal grand jury in Michigan alleges that Fox, Croft, and Harris intended to use the devices to destroy a nearby bridge.

Six men were arrested in October 2020 after law enforcement learned of plans to kidnap Gretchen Whitmer. The plot represented an increased escalation of extremism during the pandemic.

In addition to the weapons of mass destruction charge, both Croft and Harris were charged with federal firearm violations. The two men are accused of possessing a destructive device that was not registered to them in the National Firearms Registration and Transfer Record, which is required by federal law.

A release from the justice department said the weapon, an Anderson Manufacturing, Model AM-15, a semiautomatic assault rifle with a .223/5.56 mm caliber, was not registered to him.

So far, one defendant, Ty Garbin, has entered a guilty plea. He was one of the six men directly involved in the plot. Fox, Croft, Harris, as well as Kaleb Franks and Brandon Caserta each, face life in prison for the kidnapping conspiracy.

Ty Garbgin was named one of 14 men were accused of trying to kidnap the governor of Michigan. Now he's taken a plea deal and agreed to fully comply with investigators.

The weapons of mass destruction charges also carry a life in prison sentence.

The new charges are part of an ongoing investigation conducted by the FBI. They had assistance with their counterterrorism section and Bureau of Alcohol, Tobacco, Firearms and Explosives (ATF) and members.