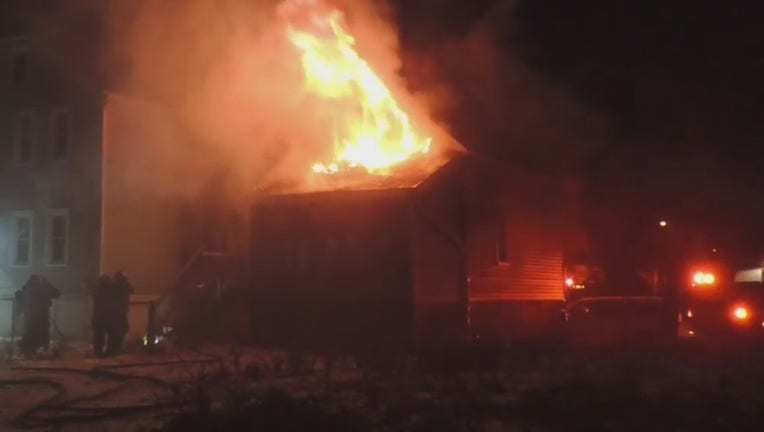 MILWAUKEE - Firefighters on Thursday, Jan. 6 responded to the scene of a house fire near 22nd and Wright in Milwaukee. The call came in just before 1 a.m.

Officials say no one was home at the time of the fire. One cat was found in the home but is OK.

No additional details have been released – including the cause of the fire or the amount of damage sustained.

Private First Class Gene Scott of Germantown joined the Army as a 20-year-old on Veterans Day in 1942, and he has never stopped fighting. Even after turning 100, he has no plans to slow down.

Due to a staff shortage, Janes Elementary School in Racine will move to remote learning for Thursday, Jan. 6.

Private First Class Gene Scott joined the Army as a 20-year-old on Veterans Day in 1942, and he has never stopped fighting. Even after turning 100, the Germantown veteran has no plans of slowing down.