"So many folks have been stuck within their homes for the past two years, and we know that throughout this pandemic, of which we're seeing at the end of the tunnel right now, that so many people were utilizing their traveling beer gardens to connect with loved ones, families, and their neighbors," said David Crowley, Milwaukee County Executive.

The announcement of the tour dates and locations of the 2022 Traveling Beer Gardens.

Two trucks travel around Milwaukee County Parks on two simultaneously running tours between May and September.

For almost a decade, Sprecher Brewery has been a major supporter of the traveling beer gardens and Milwaukee County Parks – encouraging folks to get out in their community.

"We're all proud Milwaukeeans and proud Wisconsinites, and I've heard that these park programs are one of the best in the entire county. So I encourage you all, and you know summer is a beautiful season here, to come and join us and contribute to the community," said Sprecher Brewery CEO Sharad Chadha.

The traveling gardens are also an important source of revenue for the Milwaukee County park system. 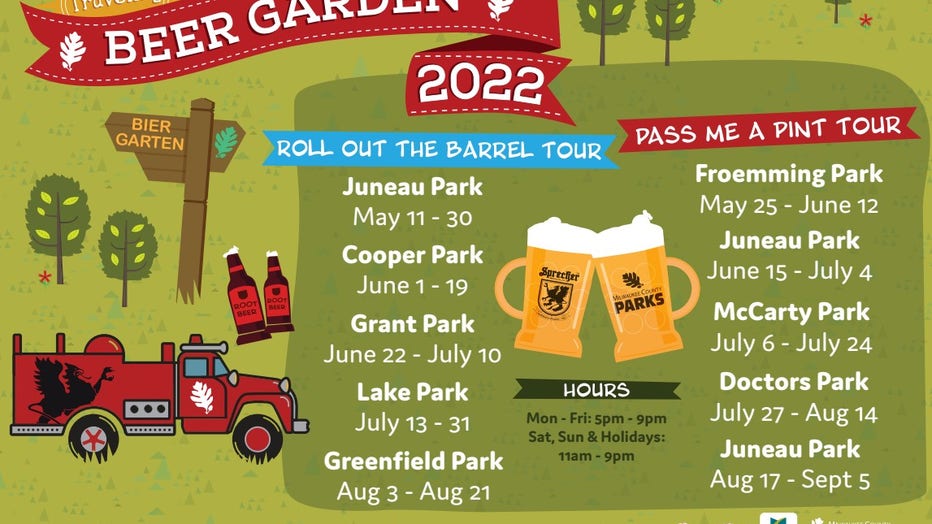 Roll Out the Barrel Tour Schedule.

Pass Me a Pint Tour