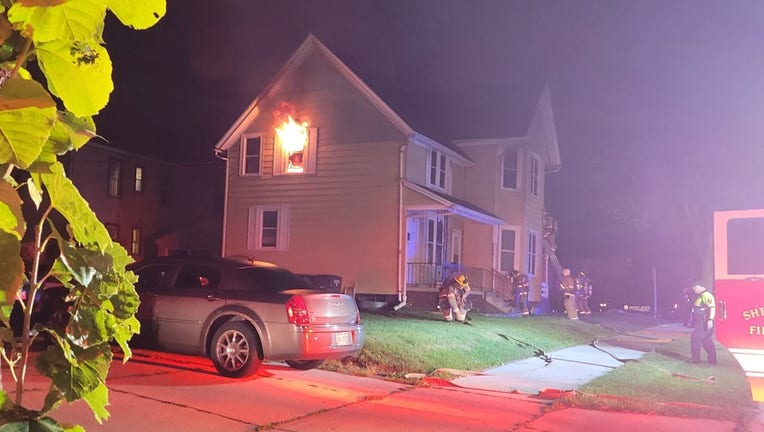 The first happened around 12:37 a.m. near 14th Street and New York Avenue.

Firefighters immediately rescued the three victims from the porch using ground ladders. At the same time, a second arriving engine crew initiated a fire attack from the outside and then entered the building to extinguish the remaining fire, a release said.

Three minutes after the initial fire call, a second fire was reported near 20th Street and Cooper Avenue. Two engine companies were diverted from the initial fire and responded, a release said.

Mutual aid was requested from the Town of Wilson, Village of Kohler, and Town of Sheboygan Fire Departments to assist at the Cooper Avenue fire. The Village of Kohler also sent a Ladder Truck to the scene of the North 14th Street fire.

Crews arrived on the scene of Cooper Avenue in four minutes to find fire coming from the second-story window, and residents evacuated. Fire crews extinguished the fire through an outside window and entered the building when a second fire crew arrived on the scene.

One person was treated and released on the scene of the Cooper Avenue Fire by Orange Cross Ambulance.

Crews remained on the scenes of both fires for three hours checking for hot spots and removing debris.

A total of seven people were displaced between the two fires and are being assisted by family.