MILWAUKEE - Two Milwaukee men are now charged in connection with a crash that resulted in the death of a 7-year-old girl. The accused are Iman Washington Jr., 20, and Kevin Hightire, 19. Washington remains on the run. The two men face the following criminal counts: 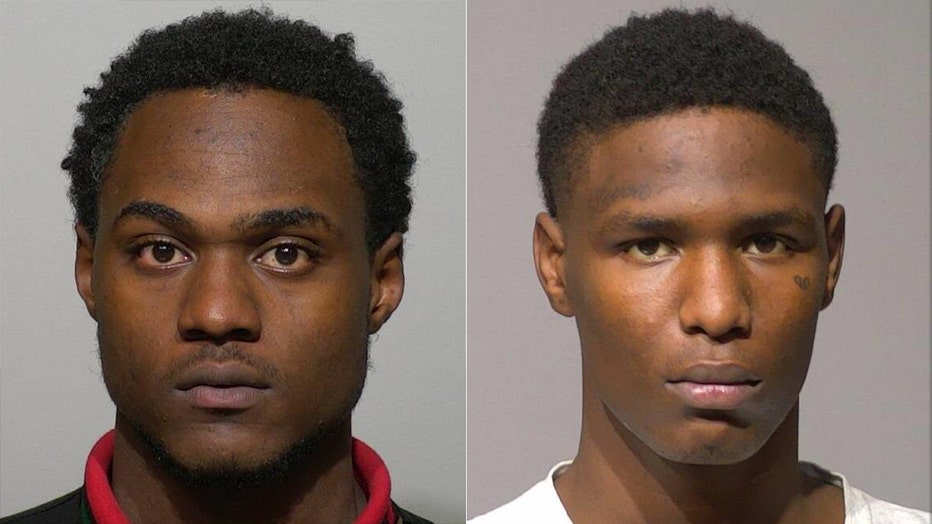 According to the criminal complaint, Milwaukee police officers were dispatched to the intersection of 76th and Calumet on Wednesday, Oct. 28. 911 callers indicated two vehicles were racing when a crash occurred. Additional callers stated the crash was a hit-and-run.

When officers arrived on the scene, Milwaukee firefighters were already rendering aid to a child lying in the intersection. That child was later identified as 7-year-old Londyn Quesada. She died as a result of her injuries.

The complaint said on the scene, there was a 2005 Toyota Camry (victim vehicle) -- and a 2006 Pontiac G6 (striking vehicle). Quesada had been in the rear seat of the Toyota, the complaint says.

According to the criminal complaint, inside the center console of the Pontiac, officers found a Wisconsin identification card for Iman Washington. 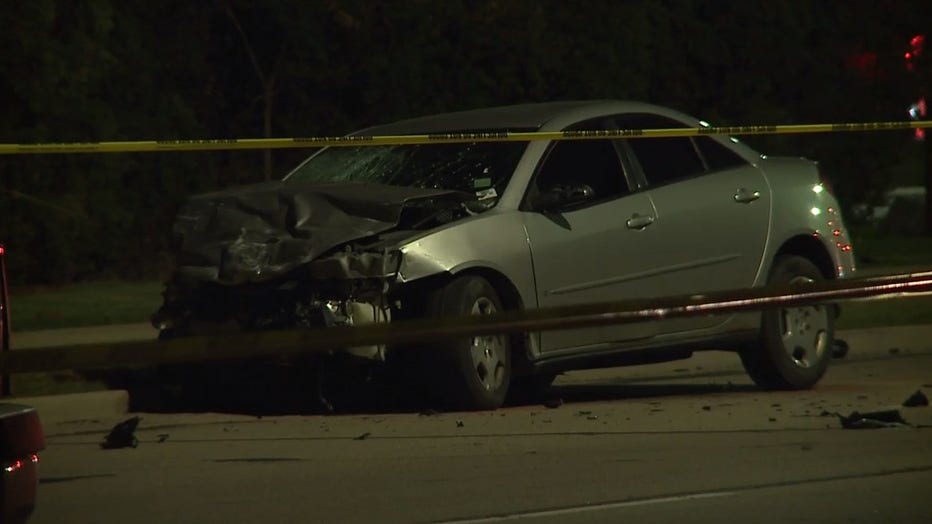 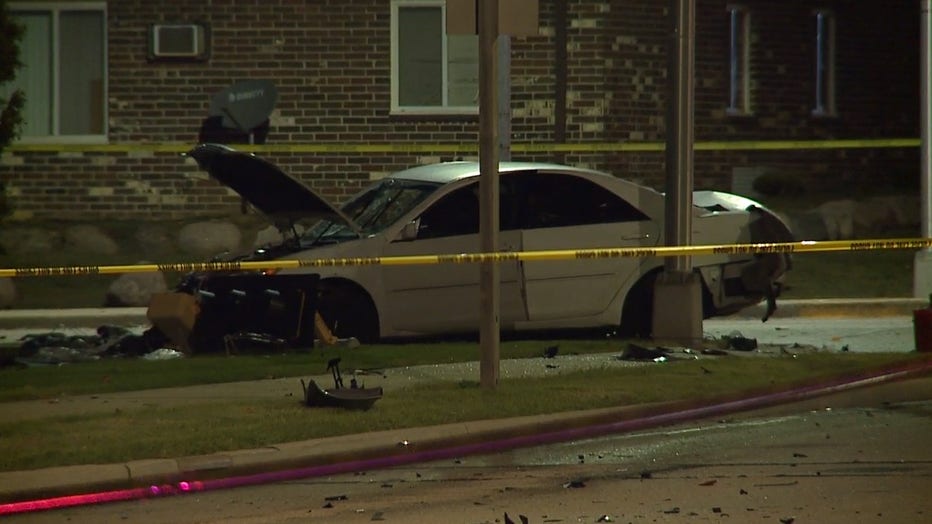 A witness told police the Pontiac had been racing another vehicle -- described possibly as a red Chrysler PT Cruiser. That witness indicated that vehicle pulled up next to the Pontiac after the crash, the driver of the Pontiac got out of his vehicle, and got into the second vehicle, before that vehicle left the scene.

When police recovered video from the Milwaukee County Transit System bus, they say the Pontiac and second vehicle were traveling south on N. 76th Street just prior to the crash. The PT Cruiser-type vehicle was in fact a Chevrolet HHR. 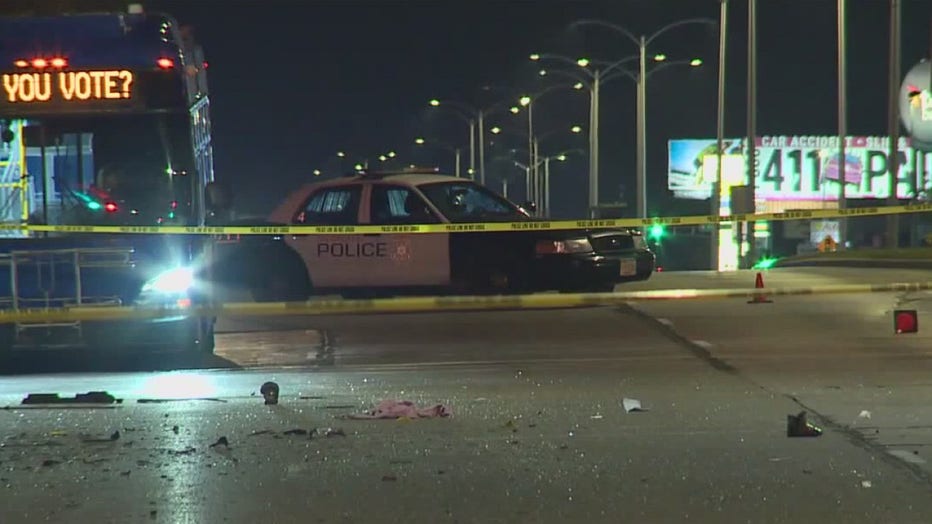 After Milwaukee police released a photo of the Chevrolet, a woman "recognized the vehicle as her vehicle that her son was in possession of. (The woman) stated that she had contacted her son who told her that he had loaned the car to another male."

The complaint goes on to say the son of the owner of the Chevrolet indicated "he had (been) driving from his employer back to his residence in the Chevrolet HHR" to pick up Kevin Hightire. He said Hightire "was visibly upset and said, 'I messed up, I messed up.'" Hightire later stated "there was an accident, it's not my fault." 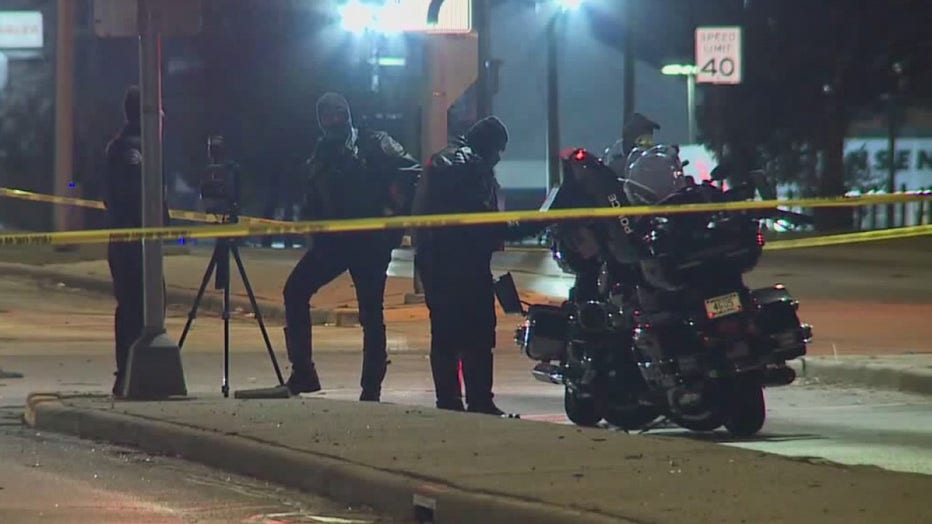 Police later questioned Hightire. On the day of the crash, Hightire said he had been out in the Chevrolet -- and when he returned home, he saw his neighbor, Washington, pulled over to the side of the road. Washington told Hightire he "had the money he owed Defendant Hightire for a television that had recently been purchased." But that he needed to go to an ATM to get the cash.

On the way to the ATM, the criminal complaint says the speed of both Washington's vehicle and Hightire's vehicle increased. Hightire indicated "Washington has always driven fast, but never 100 mph before." Hightire told police "he was having trouble keeping up with Defendant Washington's Pontiac because of the speed, and that both he and Defendant Washington were weaving in and out of traffic as he was attempting to keep up."

Washington is NOT in custody at this time. A warrant has been issued for his arrest.

Hightire made his initial appearance in court on Wednesday, Nov. 4. Cash bond was set at $3,000. He is due back in court for a preliminary hearing on Nov, 13.

It was an emotional scene as people cried, prayed, launched balloons and lit candles in Londyn Quesada's name.

Man charged in crash that killed 3; car was going 87 mph on impact

A 36-year-old Milwaukee man is charged in connection with a crash that killed three women at 27th and Locust on Oct. 29.