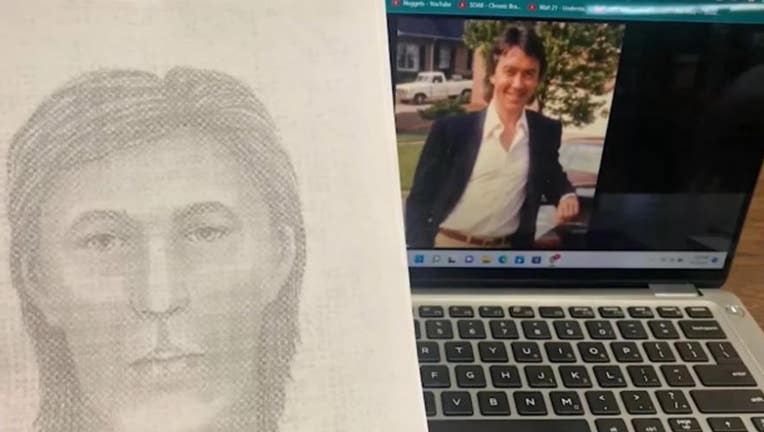 A 1985 cold case murder mystery was solved by an unlikely pair: a Tennessee stay-at-home mom and a civilian employee monitoring the Facebook page for a suburban Georgia police department.

Donald Boardman was reported missing in November 1985 to the Chamblee Police Department, which serves the city in northern DeKalb County, just about 14 miles northeast of Atlanta.

His fate was a mystery to friends and family for decades, until stay-at-home mom Barbara King Ladd read an article about a murder victim whose body was found in 1985 not far from where she lives in Marion County, Tennessee.

Larry B. Davis, of the 12th Judicial District Attorney's Office, had spoken to Chattanooga Times Free Press for the newspaper story centered on a case he worked as a young investigator that still haunted him regarding partial skeletal remains found by a fisherman in a creek off I-24 that had still not been identified 37 years later.

"I thought it would be worth the effort to cross state lines to dump a body. So, I honed in on Georgia because it was close to Marion County," King Ladd told Fox 5 DC.

"When I found Donald, I just knew it was him. If you compare the forensic drawing that was done on the Marion County John Doe to Donald Boardman, it is striking."

The woman sent a message to the Chamblee Police Department’s Facebook page, and crime analyst Lori Bradburn was the first to see and respond to the message. The civilian employee tracked down Boardman’s sister in Florida, and her DNA sample was a match to the Marion County John Doe.

"Just sort of piqued my interest and I ran with it," Bradburn told the outlet.

Boardman vanished in 1985 shortly after purchasing a new Camaro. Law enforcement located the same vehicle in East Point, Tennessee, weeks later with two men and a woman inside. Investigators now suspect Boardman was killed in a carjacking gone wrong and his body was dumped across state lines. The two men have since died, but investigators are looking to contact the woman for more information.

"From what I was able to piece together it seems to be a robbery gone bad," Bradburn said. "Hopefully she has answers, she can provide at least something that could provide a little more closure."

The two women who cracked the case hope to solve others and possibly team up again in the future.

"I'd love to do more cold cases, apparently this is my thing!" Bradburn said.

"At some point I'd like to work on another cold case, maybe with Lori. I would love to team up again," King Ladd added.

Get updates on this story at Foxnews.com.