RACINE COUNTY -- A teenage boy from Milwaukee is facing 17 felony charges after prosecutors say he confessed to taking part in four separate dealership burglaries in Racine County. He was 16 when the crimes occurred, and the district attorney's office filed a petition to have him tried as an adult. That request was granted Wednesday morning, August 31st.

According to a criminal complaint, Mount Pleasant police on the morning of July 4th were called out to the Porcaro Ford dealership for a report of a break-in and the theft of vehicles from the dealership. 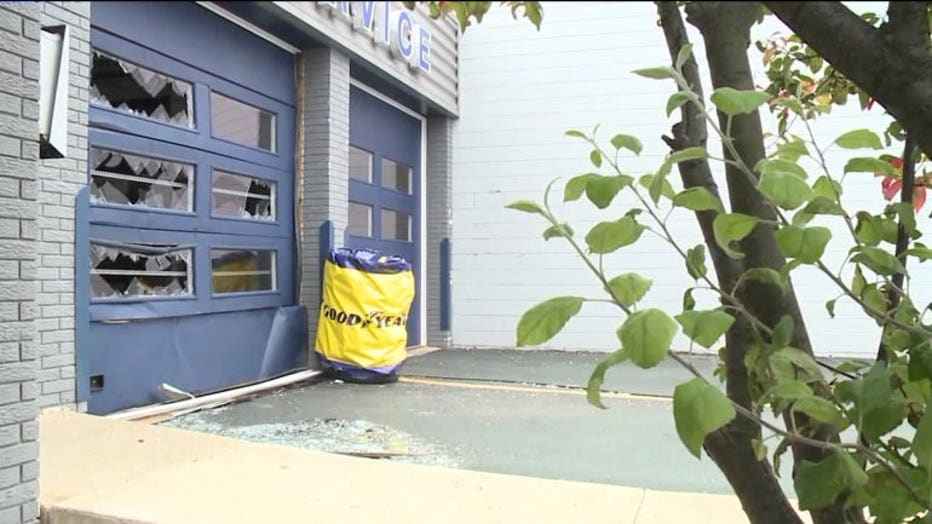 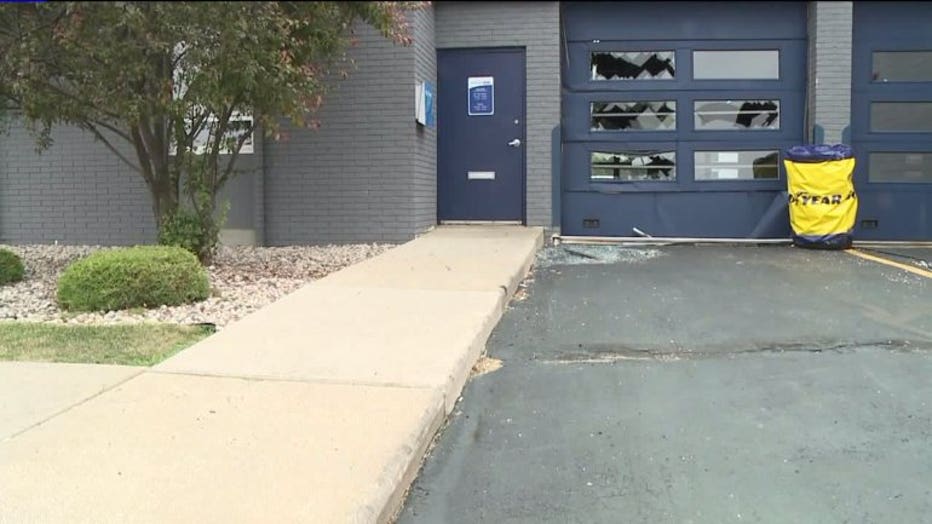 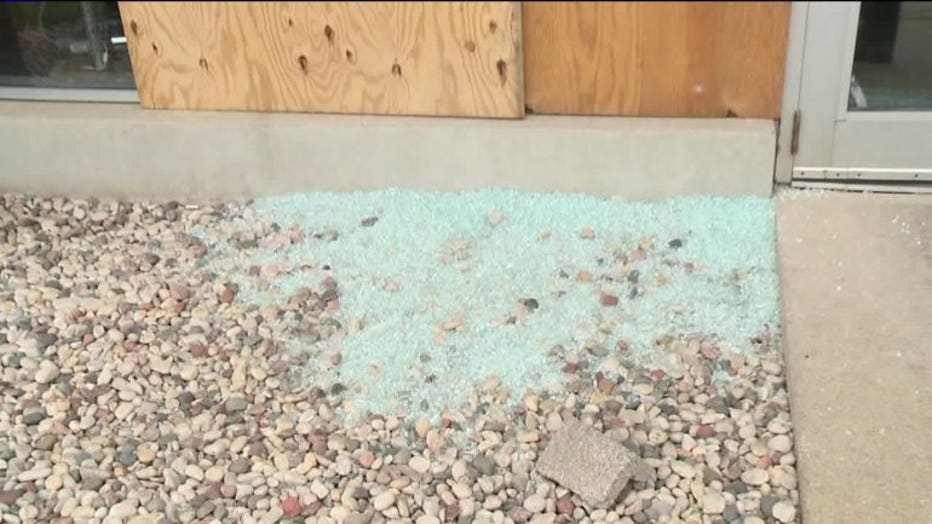 According to the complaint, one of the teenagers entered a Ford Sport Transit Van and drove it through the service area garage door -- destroying the door and damaging the van.

Another teenager found keys for a white Ford Escape -- and drove that vehicle through the damaged door. The complaint indicates the driver's side mirror struck the garage door frame, causing damage.

A gray Ford Escape parked outside the service area was also stolen.

The complaint indicates each of these stolen vehicles was valued at more than $10,000. Management at the dealership indicated initial estimates for the damage to the window and doors was in excess of $5,000.

Following this break-in, the complaint indicates a Mount Pleasant police officer spotted the Ford Sport Transit Van and a pursuit ensued. The complaint says during the pursuit, the van struck a median, went airborne and flipped. It then rolled into the median and caught fire. The teenager who was driving the van was taken into custody after a foot pursuit. 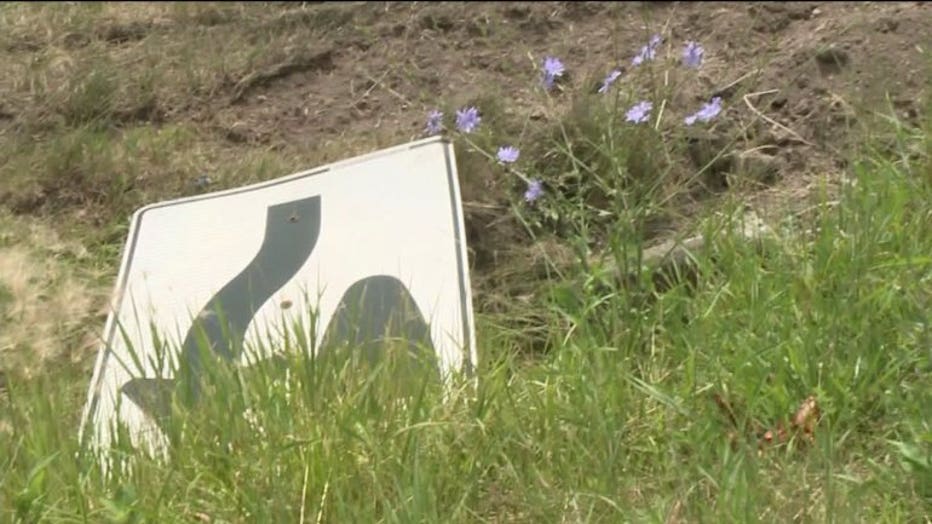 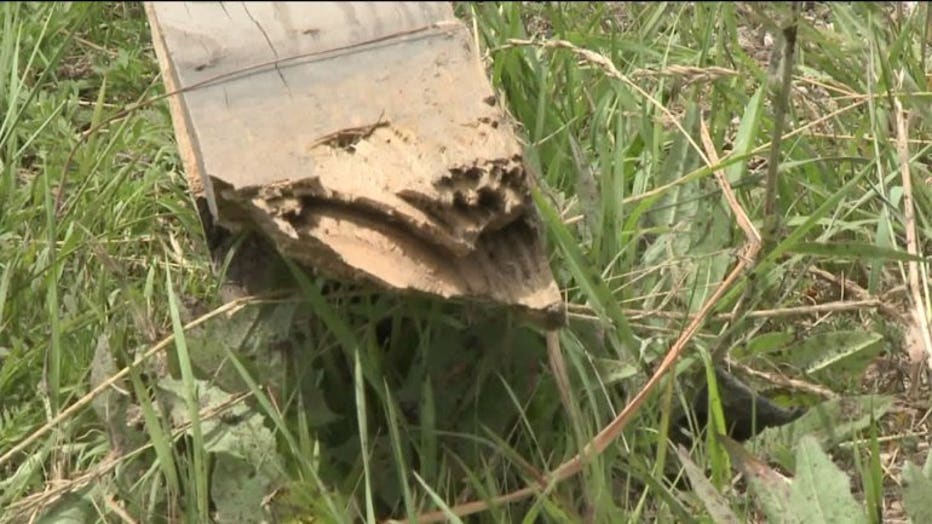 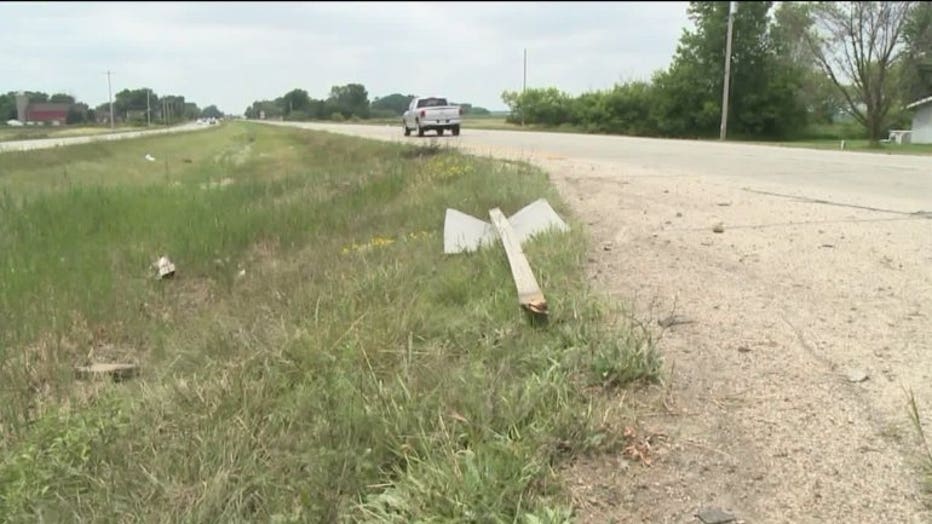 The white Ford Escape was found in Milwaukee on July 8th.

One day prior, on July 7th, the complaint indicates there was a break-in and theft at the Palmen Dodge Jeep dealership near Washington Avenue and Commerce Drive.

Police learned the handle from a tire iron had apparently been thrown through a window at the dealership -- shattering the window. The complaint indicates someone attempted to drive a Jeep Cherokee off the showroom floor, but it became stuck and was left running.

Management at the dealership estimated the value of the Jeep to be more than $10,000 and damage to the showroom window was estimated at more than $5,000.

According to the complaint, surveillance video showed that the white Ford Escape, matching the description of the vehicle stolen from the Porcaro dealership was seen pulling up to the Palmen dealership on the morning of July 7th.

The window was then smashed, and a black male with a T-shirt on his head was seen entering the showroom through the broken window. He then got into the Jeep and tried to drive it out of the dealership but backed it into a pillar and crashed it. He was unable to free the car and left it running.

That same morning, police responded to Racine Toyota on Highway 20 -- where a vehicle was reported running in the parking lot. Police learned the vehicle, a Toyota Corolla, had been inside the service area at the dealership -- but it had been driven through the garage door, causing extensive damage to the Corolla and the door. A Toyota Rav 4 that was in for service was also damaged. The complaint indicates the offenders may have tried to close the hood on the Rav 4, and they failed to remove the hood prop. The hood was then bent in the process.

During the investigation, police learned of indications someone may have taken a garbage can in an attempt to throw it through the window. The window did not break. The complaint indicates the offenders then went to the service area garage doors and broke out a window to make entry to the dealership.

On July 13th, police responded to Racine Hyundai near 96th and Washington Avenue -- where the glass entrance door to the showroom was shattered, and found laying on the ground. The complaint indicates blood was located at the scene, and two vehicles -- an Elantra and an Accent were missing. 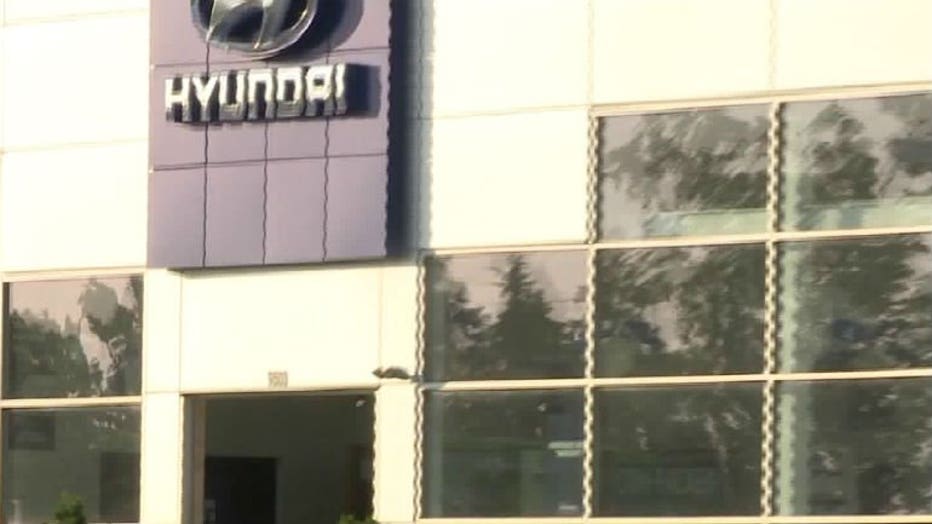 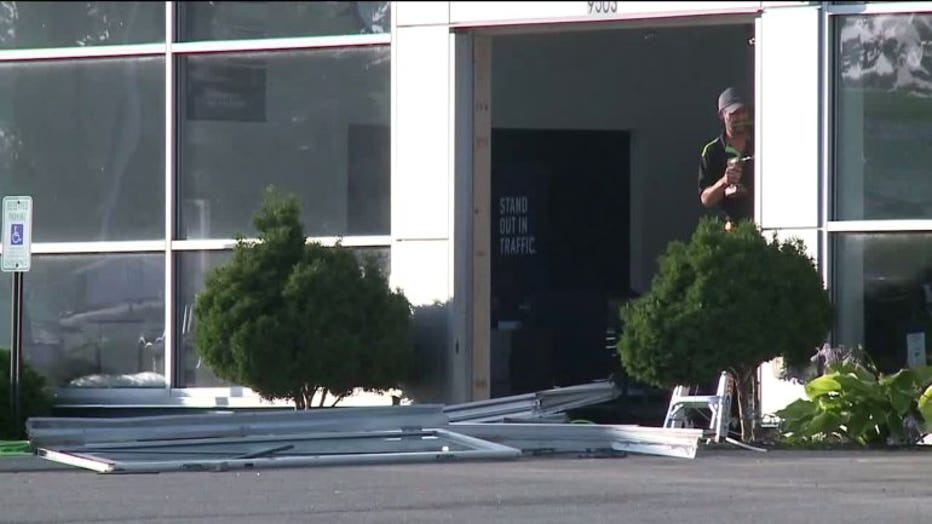 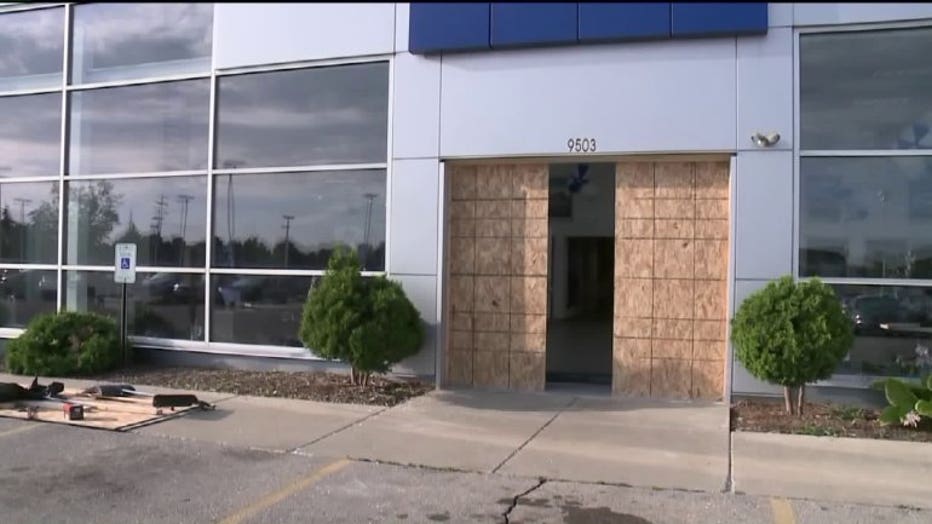 That afternoon, the Elantra was located, and Javon V'Dillie was found to be in possession of the keys, according to the complaint. He was arrested.

Police say V'Dillie confessed to participating in all four dealership burglaries. He said he took part in the burglaries with friends, but would only identify them with first names or nicknames.

The complaint indicates V'Dillie confessed to another similar car theft at the 5 Corners Dodge dealership in Ozaukee County. 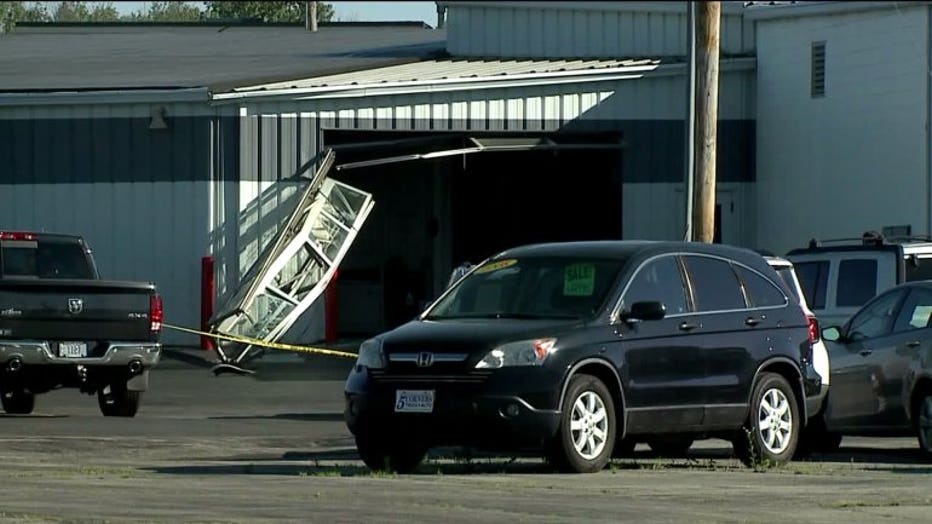 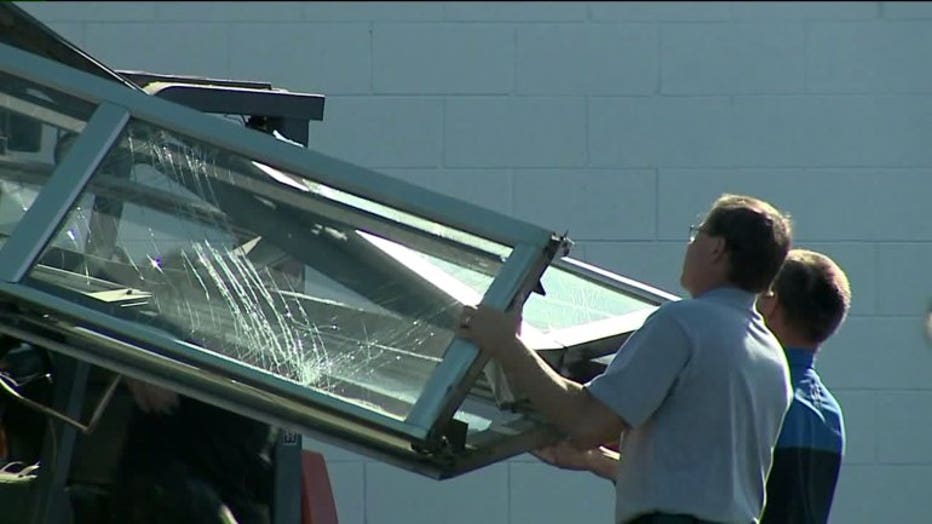 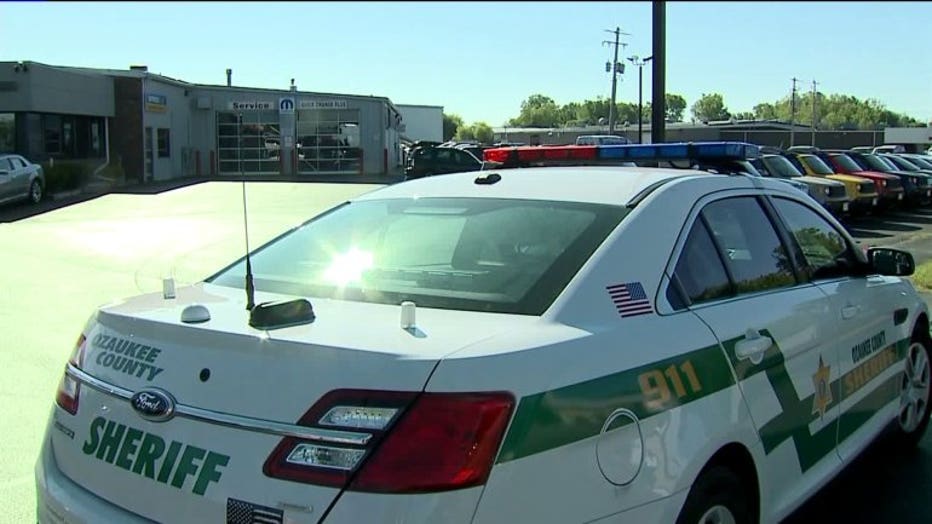 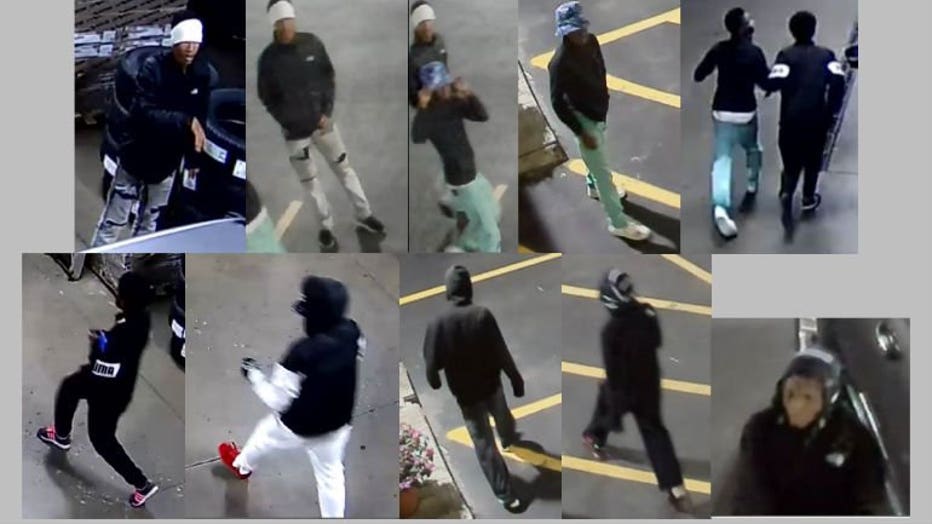 Not only was V'Dillie found in possession of the keys for the stole Elantra, investigators also found his fingerprints on the tire iron left behind at Racine Toyota. The tire iron and the handle were found to be from the white Ford Escape stolen from the Porcaro dealership on July 4th.

V'Dillie has been charged as an adult in this case. In court on Wednesday, August 31st, the court commissioner set bond at $10,000 "because of the seriousness of the allegations" against him.

He has a preliminary hearing scheduled for September 8th.