Boy dies in house fire on Milwaukee’s northwest side

A fire Friday night near 110th and Florist claimed the life of a 10-year-old Milwaukee boy. Neighbors are heartbroken for the family.

MILWAUKEE - Milwaukee police are investigating a fatal fire that happened near 118th and Florist around 10 p.m. Friday, April 23.

Police said a 10-year-old boy, identified by the Milwaukee County Medical Examiner's Office on Monday, April 26 as Justin Williams, died as a result of injuries sustained in the fire. Other occupants of the residence are being treated at a local hospital for smoke inhalation.

Cries came after the fire tore through the home.

"It was really hard to hear her scream," said neighbor Maria Gleason.

Acting Deputy Fire Chief Will Kowalski said the first units arrived at the scene around 8:15 p.m. and reported fire showing from the living room of the one-story home.

Kowalski said they called for additional units and found a woman and girl outside. The boy was still inside. Despite lifesaving attempts, the child died at the scene.

"They came across the 10-year-old child in the kitchen who was unresponsive and not breathing, as well as the dog," Kowalski said.

Grief-stricken by the incident and heartbroken for the family, neighbors recall a child who was funloving.

"It’s pretty devastating to think of how much pain they are in right now," Gleason said. 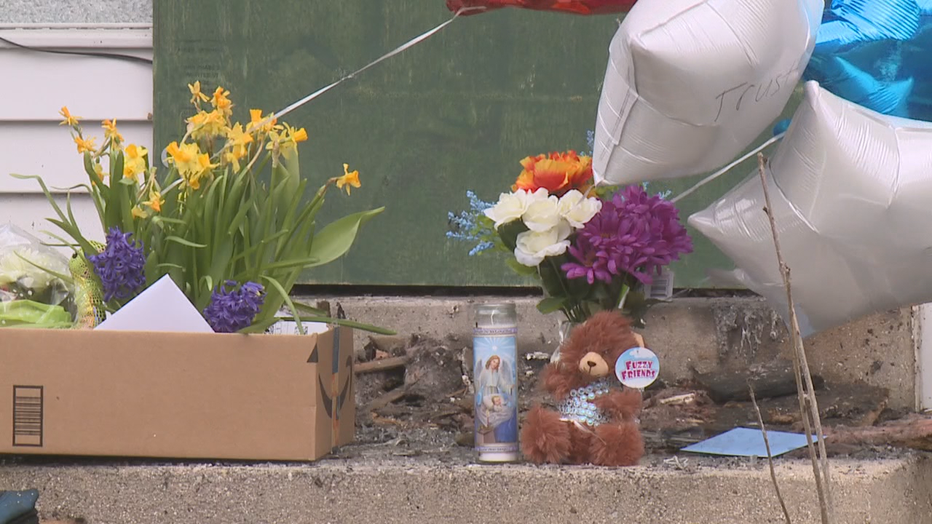 Scene of house fire near 110th and Florist

What happened at the home is affecting so many as community members care for and console the family in any way they can. Folks said the family was always welcoming. This time, they are the ones ready to give back.

"If they need anything just message us in a heartbeat we will be there," Buschbaum said.

Despite having working smoke detectors in the home, the child was unable to make it out in time. It is the sixth fire death in Milwaukee this year.

According to a GoFundMe online fundraiser set up for the family, a dog also died in the fire.

Police say the driver was driving recklessly at excessive speeds and lost control of the vehicle, crashing into a tree.

Milwaukee Police are investigating a homicide that happened near 24th and Clarke around 11 p.m. Friday.