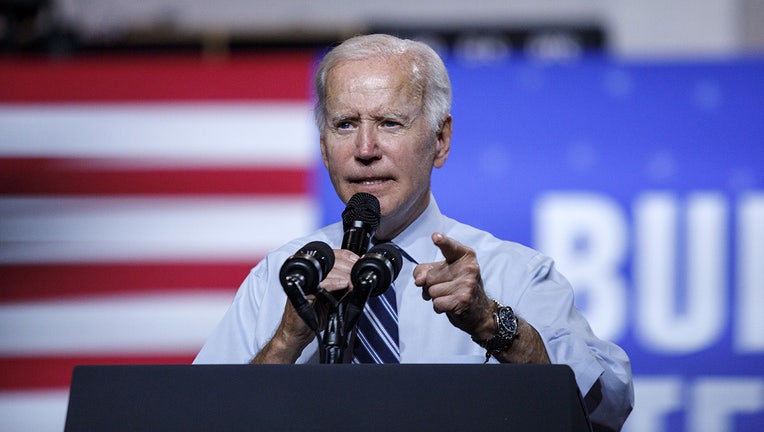 President Joe Biden speaks during a rally for the Democratic National Committee (DNC) in Rockville, Maryland, US, on Thursday, Aug. 25, 2022. (Photo by Anna Rose Layden / Bloomberg via Getty Images)

WASHINGTON - President Joe Biden will deliver a prime-time address "on the continued battle for the soul of the nation" Thursday outside Independence Hall in Philadelphia, the White House announced Monday.

Billed as a major address just over two months before the midterm elections, Biden, the White House said, will discuss how the nation's standing in the world and its democracy are at stake.

Biden has increasingly sought to portray the November elections as a choice for voters between "ultra-MAGA Republicans" — a reference to former President Donald Trump’s "Make America Great Again" campaign slogan — and Democrats. He told supporters last week that they had "to vote to literally save democracy once again" — and labeled some Republican ideology as "semi-fascism."

NBC News was first to report on Biden's plans for the address.