MILWAUKEE -- As of May 28, the entire United States has seen only seen 128 preliminary tornado reports for the month of May. That number will likely drop dramatically, as some of those reports are from the same storm. According to weather.com, the last time we saw less than 100 tornadoes for the entire month of May was 1970.

By comparison, in May 2017, May 2018 and May 2019, the United States averaged 322 tornadoes. As a whole, May is typically the most active tornado month of the year nationwide. 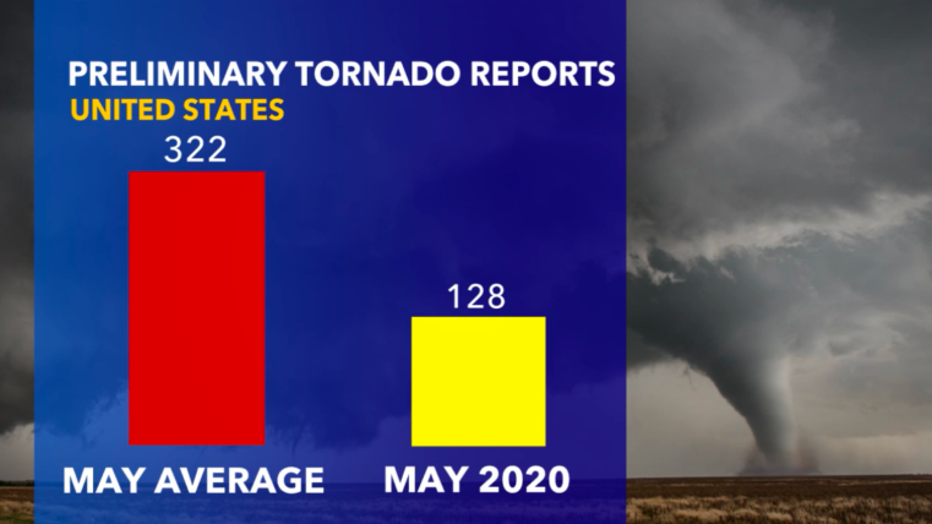 Average May tornadoes compared to 2020

Looking at the distribution of these reports so far in May, southwest Wisconsin and northern Illinois surprisingly have the largest cluster of tornado reports. Those storms formed up May 23. Dots close together or in line with each other are likely linked to the same storm, and wouldn't count as individual tornadoes for the final tally. 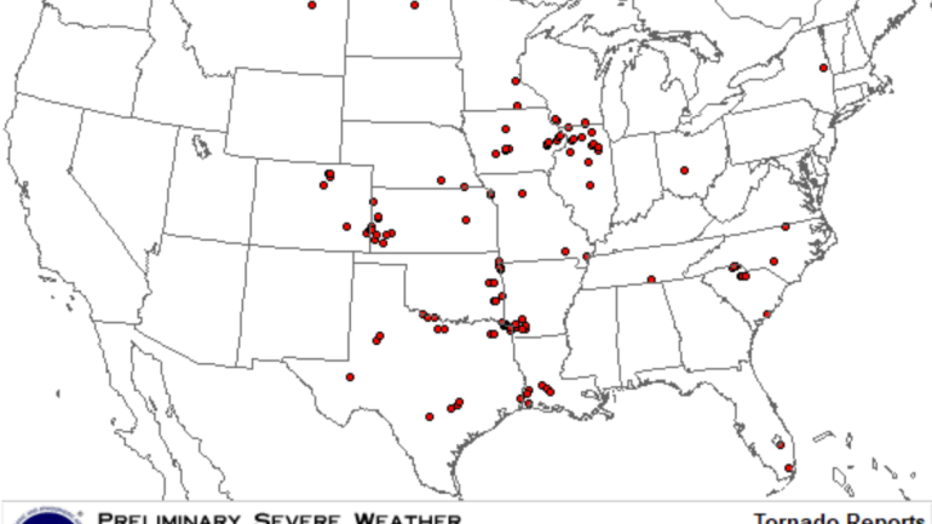