After a long journey that started as early as late August, huge populations of monarch butterflies are finally arriving in their winter sanctuaries in Mexico. Including butterflies that were first born right here in Wisconsin.

Peak migration in southeast Wisconsin is generally in mid to late September as butterflies head south to avoid freezing temperatures.

Monarchs continue to fly south until they reach mountainous forests in central Mexico, nearly 2,000 miles away, to wait out the cold in massive colonies. But you might be wondering, how do we know where all the monarchs came from? In late summer, thousands of scientists and enthusiasts tag monarchs set to make the flight south with small stickers at the base of their wing such as the picture below. This sticker will stay on the monarch all through its trip to Mexico.

Researchers and scientists in Mexico then catalog stickers they find and the corresponding numbers, which notify groups even right here in Wisconsin, if their butterflies made the journey successfully. 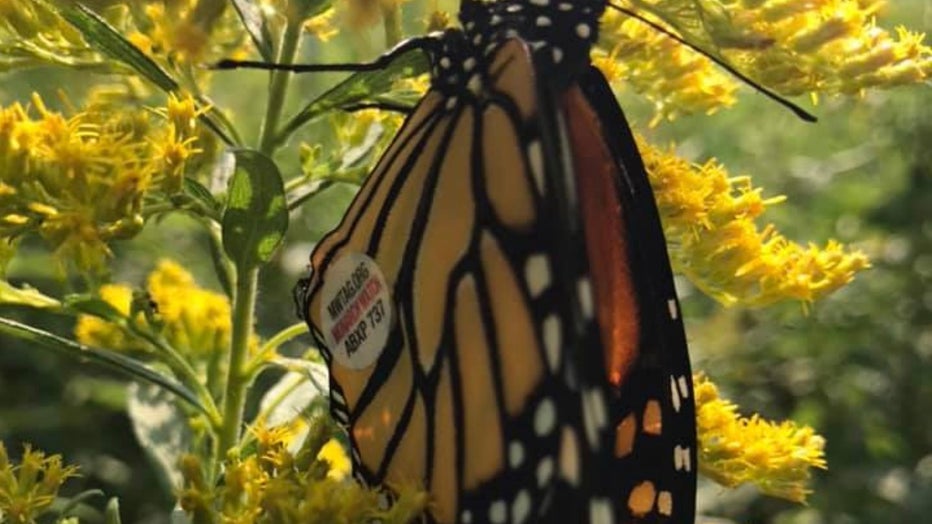 Millions of monarchs have and will continue to migrate to areas such as Sierra Chincua and El Rosario sanctuaries located in the central mountains of Mexico where they spend winter in protected forests. By blanketing trees with their vast numbers it improves their survival rates during this harsh time of year for insects.

It's important to note that their numbers have been on the decline ever since the late 80s and a key contributor is pesticides and habitat loss. By reducing unnecessary pesticide use and promoting native prairie growth and milkweed plant success, you can help increase their numbers.