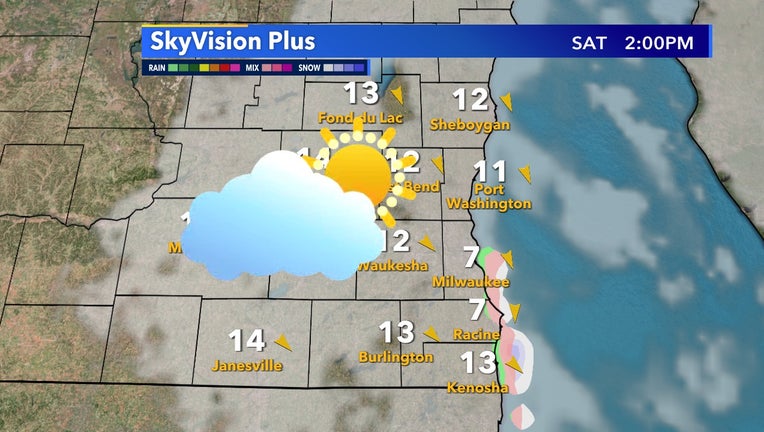 Saturday, Apr. 9 some clouds linger from this week's low but there will be some breaks of sun in between the clouds

The last time we had a mostly sunny day was Friday, April 1 but finally, it looks like some sun by the end of the weekend.

Saturday, April 9 we'll still have leftover clouds from the low that brought us that last round of rain/snow, but there will be some breaks in the clouds. Periods of sunshine will be possible but not very long-lived. On the other hand, Sunday we really improve. 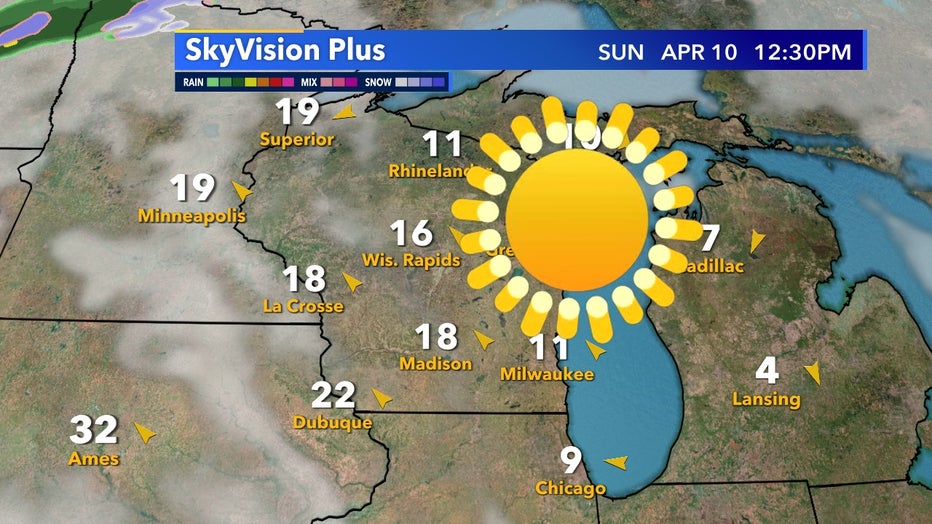 Sunday, Apr. 10 finally it looks like sunshine will dominate Wisconsin

High pressure briefly settles in on Sunday morning, April 10, and gives us a great chance of mostly sunny skies for a majority of the day. Clouds will be building to our west but won't really arrive until Sunday night.

It's hard to measure gloominess, but it's safe to say this has been our gloomiest stretch in a long time. Nearly three straight weeks of below-average temperatures and plenty of beneficial rainfall that we desperately needed. So there is some silver lining.

Warmer weather for the start of next week -- but it won't last long.

Rain will consistently be in the forecast heading into mid-April.