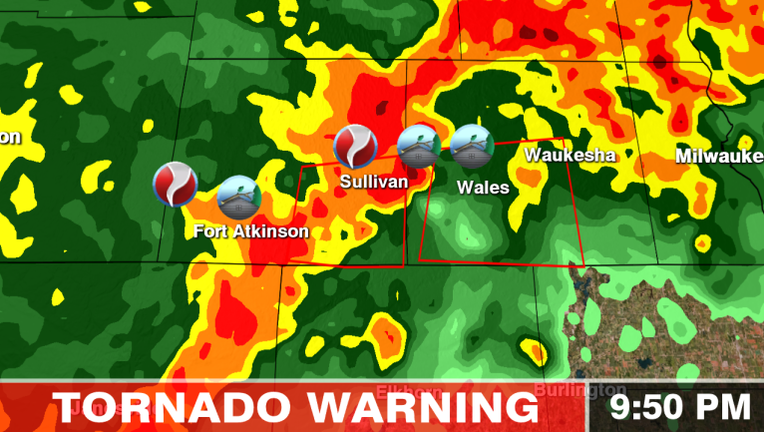 SOUTHERN WISCONSIN -- On Tuesday, Oct. 1 a line of strong thunderstorms began to move into southern Wisconsin from eastern Iowa. At 6 p.m., a severe thunderstorm watch was issued for the potential of severe storms producing wind gusts in excess of 70 miles per hour, hail, and even a few tornadoes. 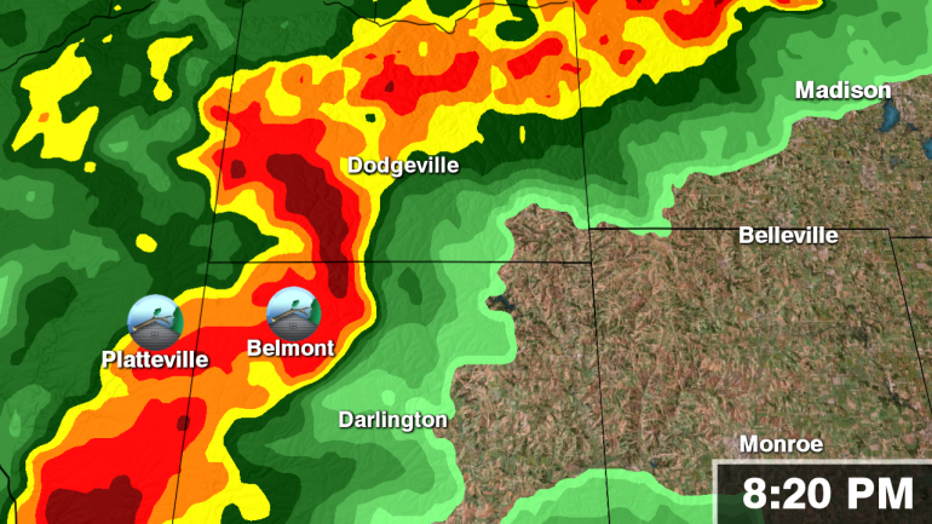 The strongest cell began to mature over Grant County around 8 p.m., producing wind damage in both Platteville and Belmont. 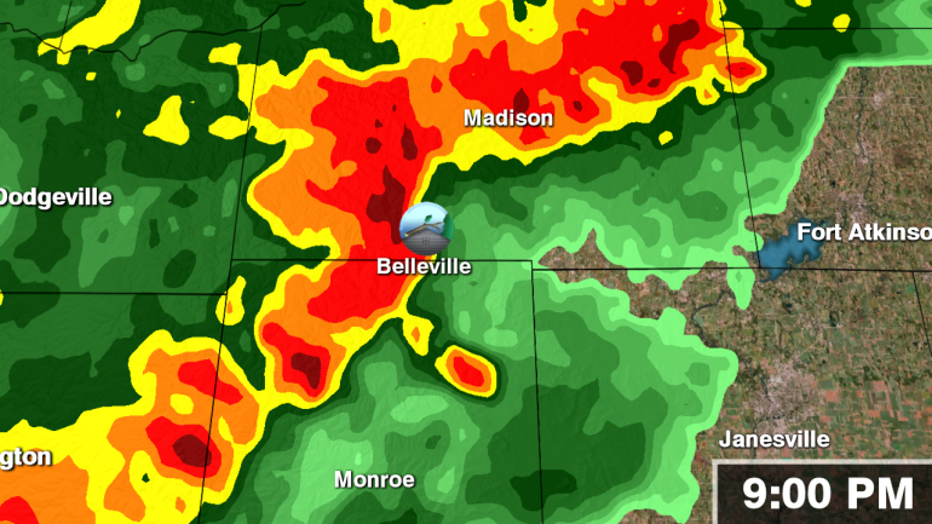 From there the same storm headed east, causing more damage in the Belleville area. At the time, there was some concern that the damage was from a tornado. However, there was no evidence of a tornado on the ground, just wind-related damage. 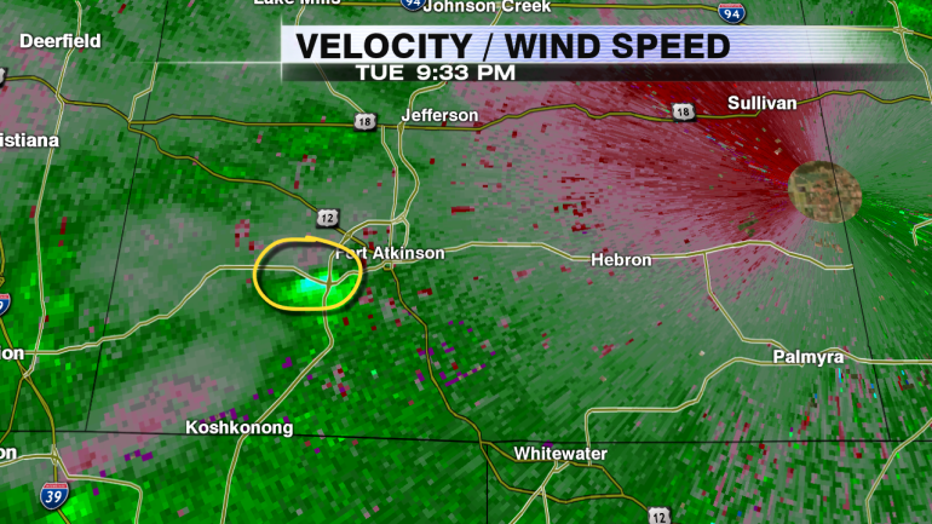 The storm continued to move east into Jefferson County, and before it was over Fort Atkinson, began to show some rotation on radar imagery. A tornado warning was quickly issued by the National Weather Service (NWS) in response to this rotation. Thereafter, damage was reported on the south side of Fort Atkinson, but the rotation over the area had dissipated. 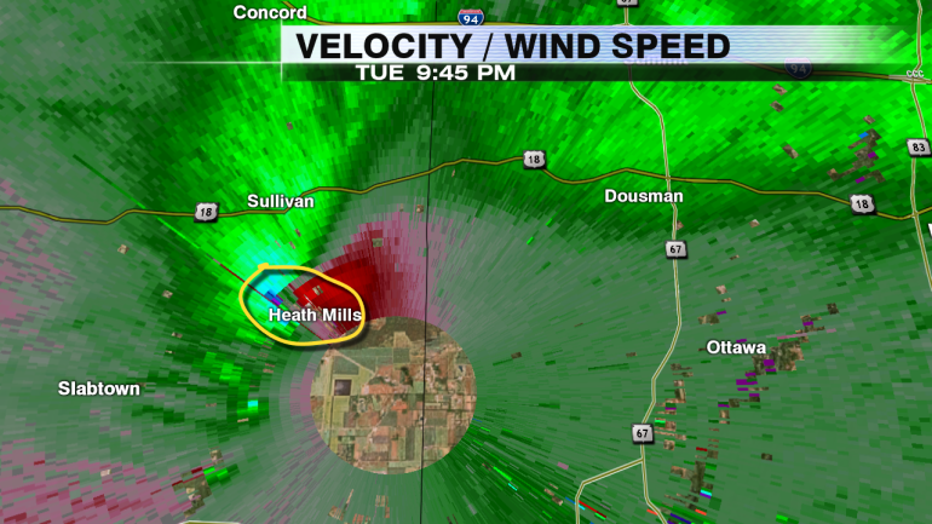 Approximately five minutes after the rotation dissipated in Fort Atkinson, a new area of rotation developed just to the north, in the vicinity of Sullivan and Heath Mills.  The rotation rapidly intensified, which prompted the NWS to extend the tornado warning into Waukesha County. At that point, there was no confirmed tornado or damage in the Sullivan area.

However, as the rotation passed within a few miles of the radar itself, debris began to show on radar imagery. This confirmed a tornado was on the ground, headed for Wales and Waukesha. 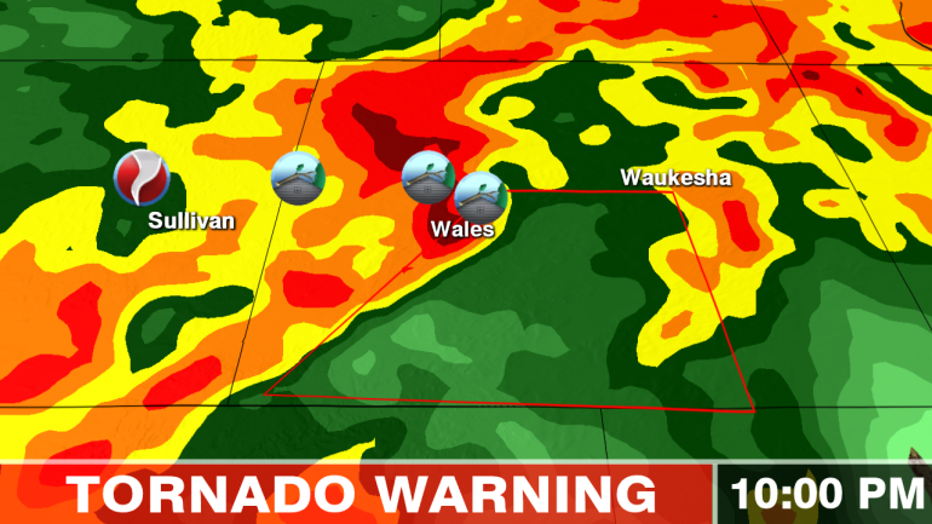 Rotation remained strong as the storm moved into Waukesha County. Additional damage was then reported in Dousman, Wales, and Ottawa. 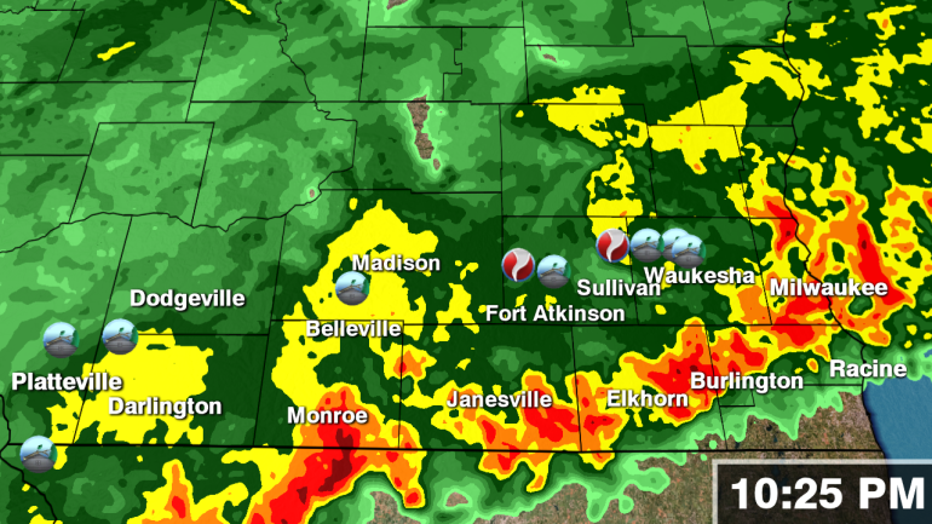 As the storm approached Waukesha, it weakened substantially, and the rotation dissipated. This was the end of the storm’s damaging night but not without leaving damage in five Wisconsin counties!

On Wednesday, Oct. 2, the NWS began its damage survey to determine how the wind-related damage was caused from Tuesday night’s storms. They’ve confirmed at least one EF-1 tornado with estimated winds of 100 miles per hour in eastern Jefferson County and Waukesha County, and one EF-0 tornado in southern Jefferson County near Fort Atkinson so far.  However, they are still looking at other locations with damage and will decide whether or not other locations experienced tornadic or straight-line wind damage.