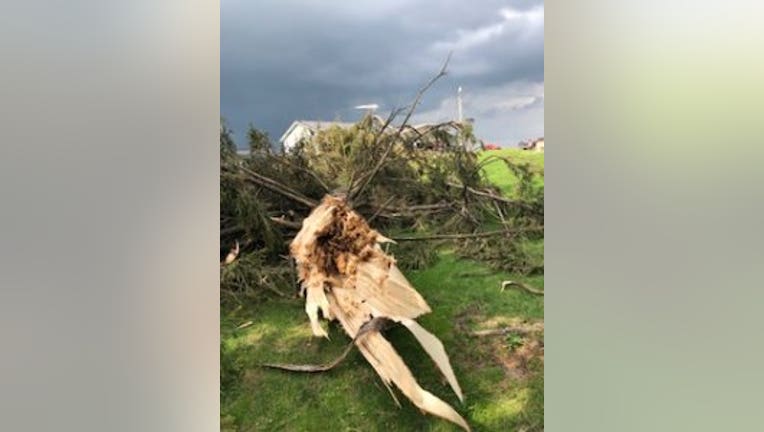 A barn and machine shed were destroyed near Fennimore Wednesday afternoon. Several other buildings were damaged, with debris scattered through a field.

Homeowner Lance Lenzendorf told WMTV the storm was short-lived but intense. The Grant County Emergency Management office said there was a path of damage about one-and-a-half miles long. No one was hurt.

Emergency Management Director Steve Braun said radar didn't indicate a tornado and no one reported one to authorities, but photos of what might be a funnel cloud or small tornado were forwarded to the National Weather Service.