Late May heading into June is a great time of year to remove invasive species from your yard. Throughout the state, there are dozens of species that cause issues to our native prairies, woodlands, and waterways.

What makes a plant invasive? There are many definitions but to simply put it it's any plant that was introduced to our region that has an aggressive growth pattern that can quickly create a monoculture in unmanaged areas. Some introduced plants aren't aggressive, such as Hydrangea, and this article will focus on species that are currently flowering and have large ecological impacts. 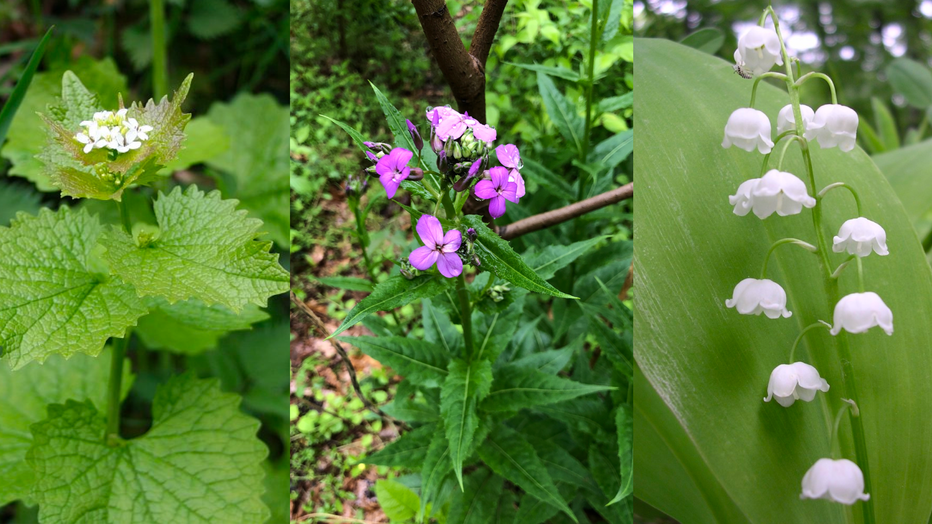 Garlic Mustard quickly grows in the understory of forests and crowds out native tree seedlings and low-growing forest plants from getting any sunlight. They can easily be uprooted and leave behind a garlic smell on your gloves. A white bunch of flowers will be at the top of their second-year growth and over time green spikes grow on its sides. They were first brought into the United States to be eaten but quickly escaped gardens and have been a major issue in the eastern United States ever since. 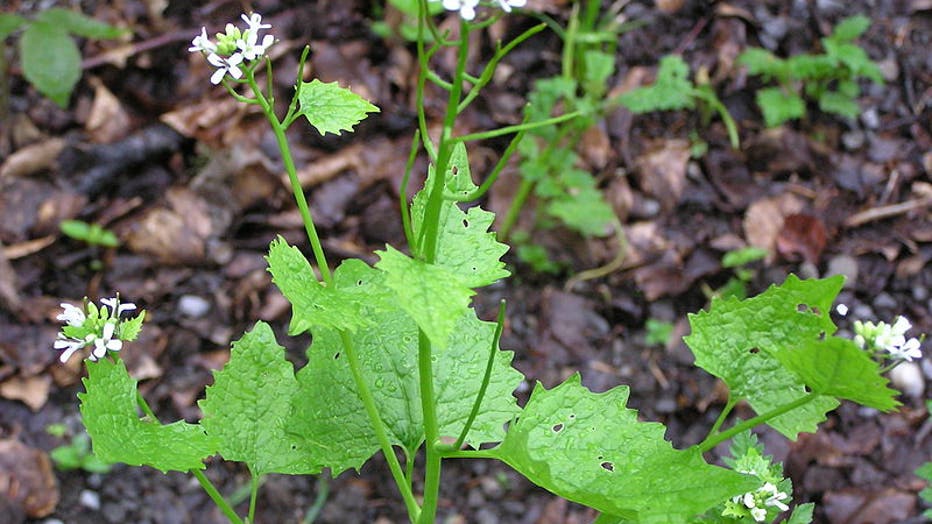 Dames Rocket creates a pleasant-looking flower that looks similar to native Phlox's but only has four petals on each flower. It can be pink to white in color and forms dense groups in prairies and woodlands. It will crowd out native plants and provides limited pollinator value to insects. They can also be uprooted easily if caught early. 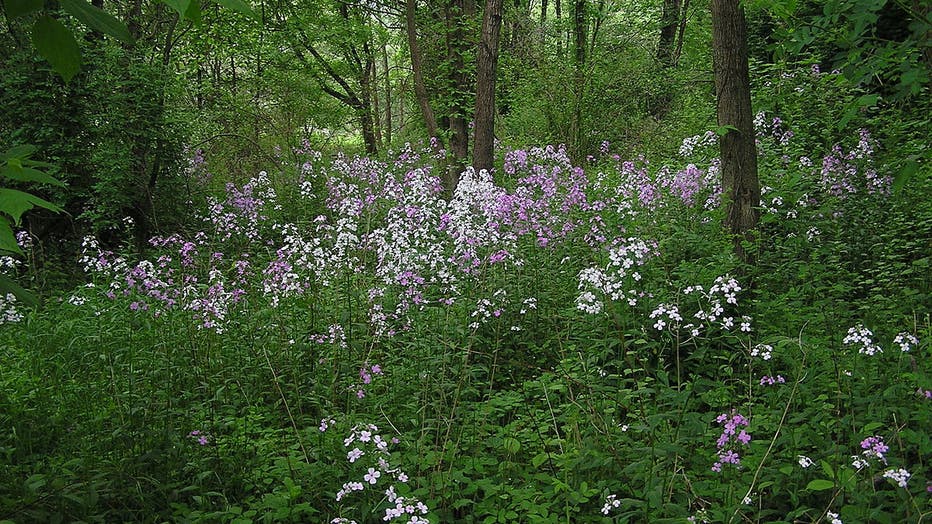 Another flower that quickly leaves gardens is Lily of the Valley. It produces very low and dense mats and shoots up drooping white flowers. It will crowd out native early spring plants and drastically reduce plant diversity in your woodlands. Their underground root system makes this hard to pull up and usually needs to be treated with herbicide. If that's not an option plucking the flowering stock can help slow its spread. 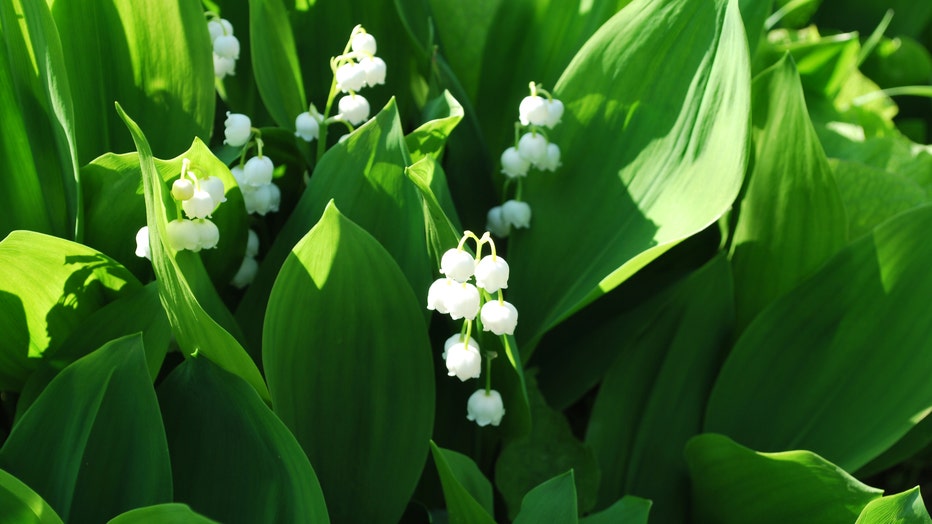 Lily of the Valley

While there are many more invasive species such as Buckthorn, Calendine, Teasel, and Thistle. The last species we'll go over is Asian Honeysuckle. This plant is just starting to flower a showy white to pink color. It can easily be spotted driving long roads and creating large bushes that shade out everything below it. Non-native honeysuckle quickly reduces the diversity of plants in your yard but if small enough can be uprooted relatively easily compared to most shrubs its size. If you can't remove it, cutting the branches that produce flowers can reduce your chances of it aggressively spreading. 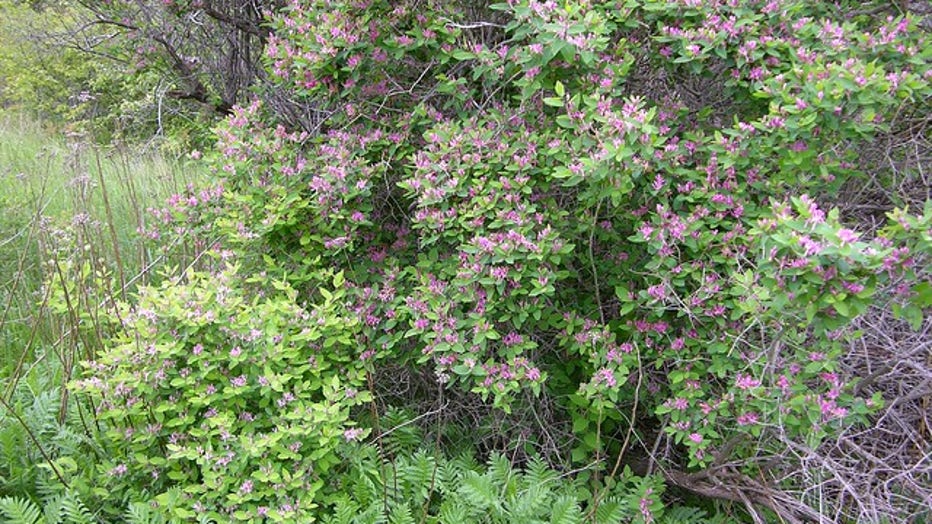 If you have any questions on any other species in your lawn that you wonder if they're invasive or not, here is a link to the complete list of invasive Wisconsin plants from the DNR.

Once you remove invasive plants, it's best to scatter native seed mixes to take their place. Churned-up and disturbed soil can quickly be taken over by more invasive plants if you're not careful. You can also plant in plugs of plants from a handful of garden centers that have native stock.