The tornado traveled 6.2 miles, with estimated peak winds of 85 miles per hour. 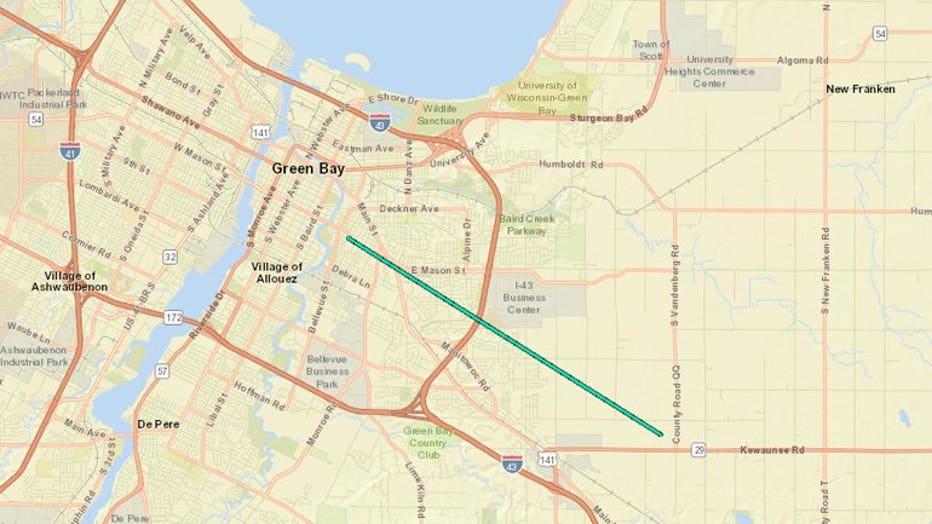 It was rated an EF0.

The NWS said the tornado formed in Green Bay, and moved southeast into Bellevue.

Several buildings, and at least 100 trees were damaged, and the NWS said straight-line wind damage was also evident, especially south of the tornado track.

In southeast Wisconsin, the strong storms prompted a tornado warning for Fond du Lac and Sheboygan counties that expired at 9 p.m.