JEFFERSON COUNTY -- The National Weather Service said a storm that blew through Jefferson County at 9:42 p.m. on Tuesday, Oct. 1 was an EF-1 rated tornado with maximum sustained winds of about 100 miles per hour. 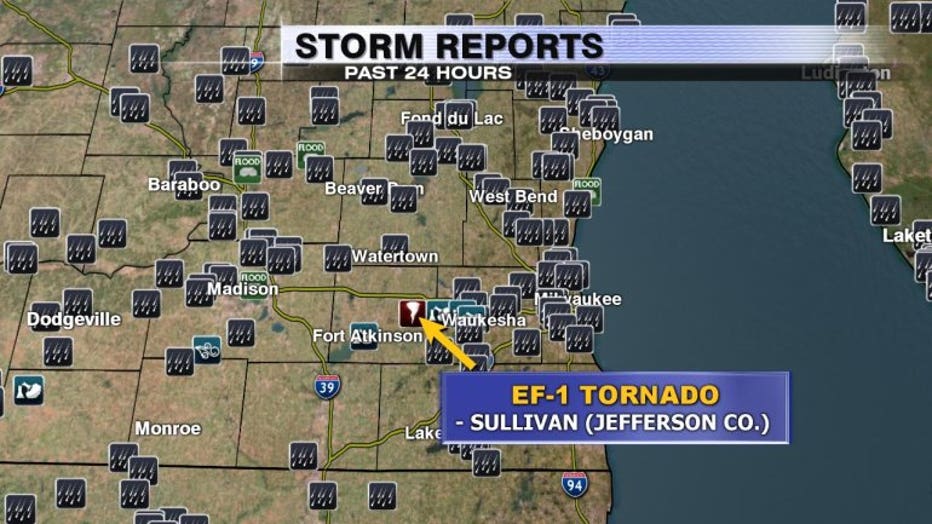 The starting point of the storm was noted as near the intersection of Rome Road and Froelich Road -- with an endpoint near Highway 83 between Highways E and D. 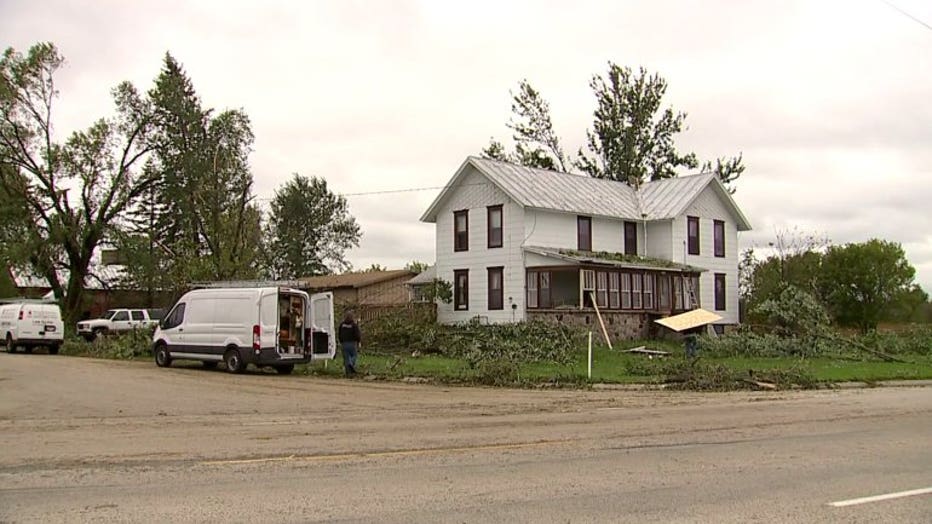 The storm was too close for comfort for one Sullivan family. 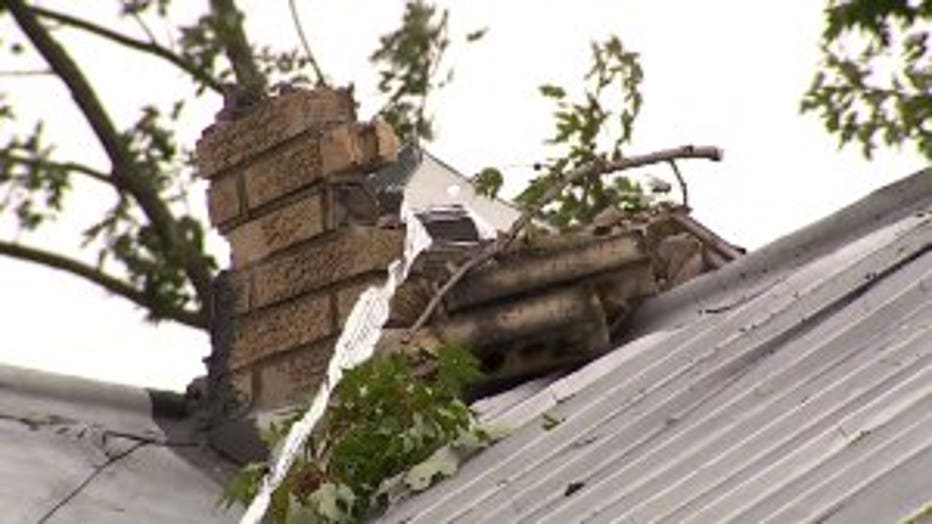 "The house started rocking, and sounded like everybody says, like a freight train," said Ray McKnight, homeowner.

When they heard the warning siren, McKnight and his wife went right to the basement of their home.

"My dog is 14 and has a little trouble getting around," McKnight said. "So we were helping him down the stairs -- and that's when it hit." 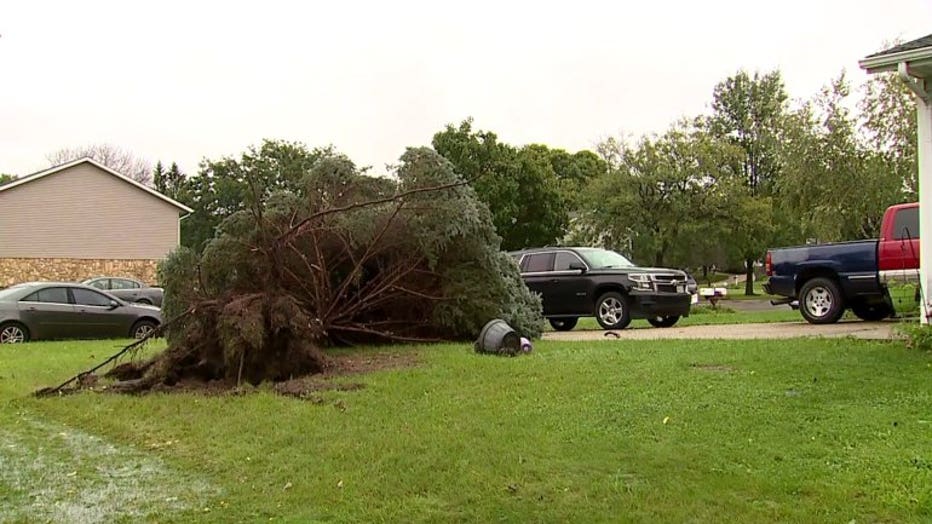 "By the time we turned the stairway and got down into the basement, it was over."

"Your ears just start popping," McKnight said. "I mean, it felt like a vacuum on each ear. I could feel eye pressure and sinus pressure."

The twister skipped across Highway F to a cornfield -- leaving a distinct path.

"By the time we turned the stairway and got down into the basement, it was over," McKnight said. 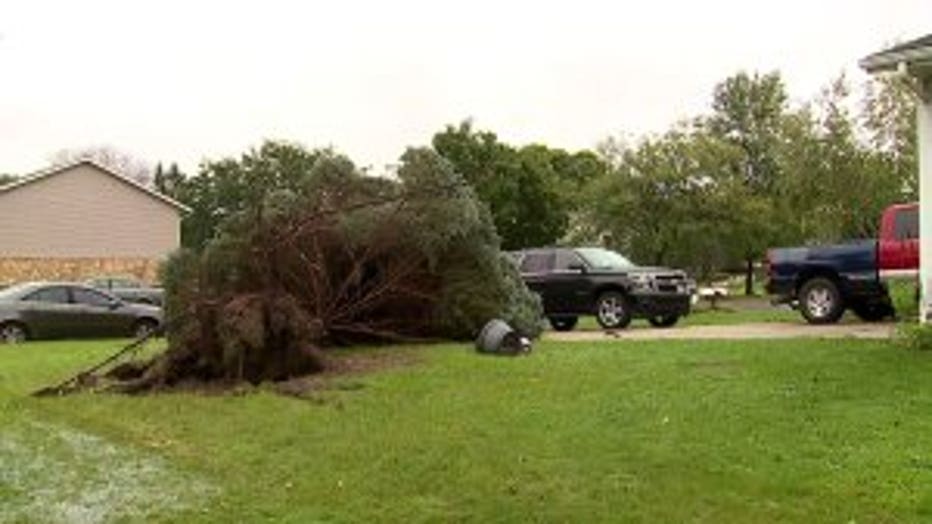 Damage from the storm stretched throughout Jefferson County -- where cleanup efforts were underway Wednesday.

Trees came down on several houses and cars, but there were no injuries reported from this powerful storm.

"It will be a long day, because everybody wants to get this done as quickly as possible," said Kevin Prill of Beaver Tree Service. 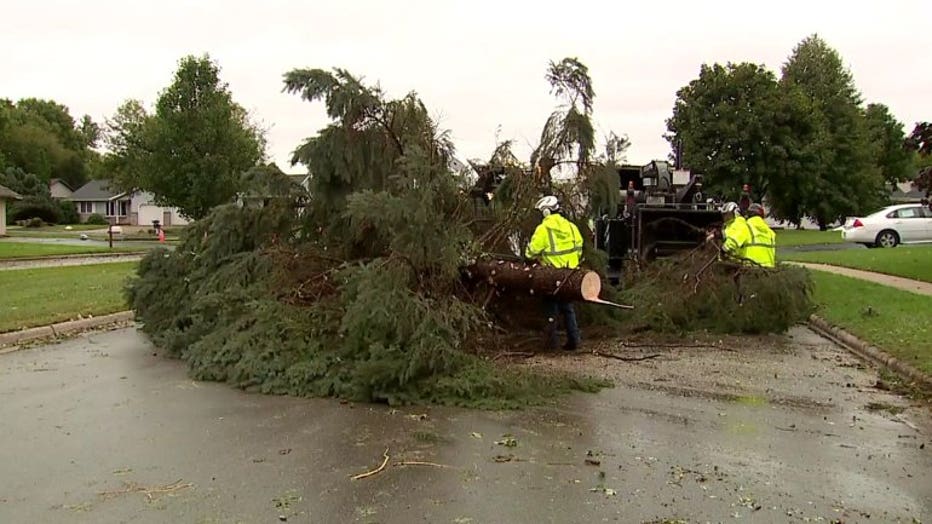