MILWAUKEE - Frosty mornings have been the theme as we enter the mid-portion of May but are we finally in the clear from Jack Frost? Historically speaking, the odds are in our favor. Over the next six days, we'll only hit the 30s once, and based on climate averages, we likely won't have another freeze or frost until fall.

Cooler Canadian air will push Northeast and our chances of frost go along with it. We'll see high temperatures in the afternoon stay in the 60s heading into May 17. 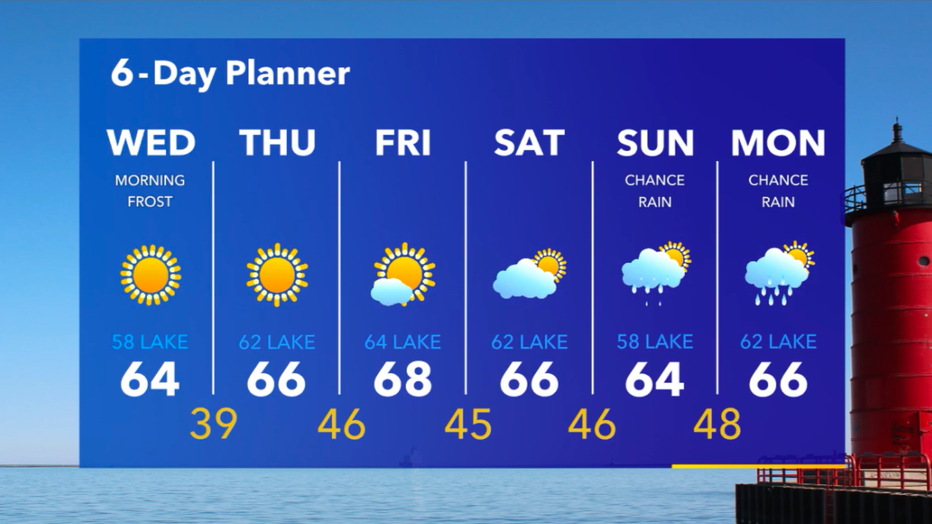 The latest date Milwaukee has ever had frost potential was June 4, 1945, where the low temperature reached 33°F. May 27, 1961, was the latest below-freezing temperature we've ever had. But when it comes to snow we've had trace amounts even in July but measurable totals have never occurred after June 7.

Milwaukee and a majority of southeast Wisconsin have never seen 1"+ of snowfall between May 11th - October 16th and that likely won't change in 2021. 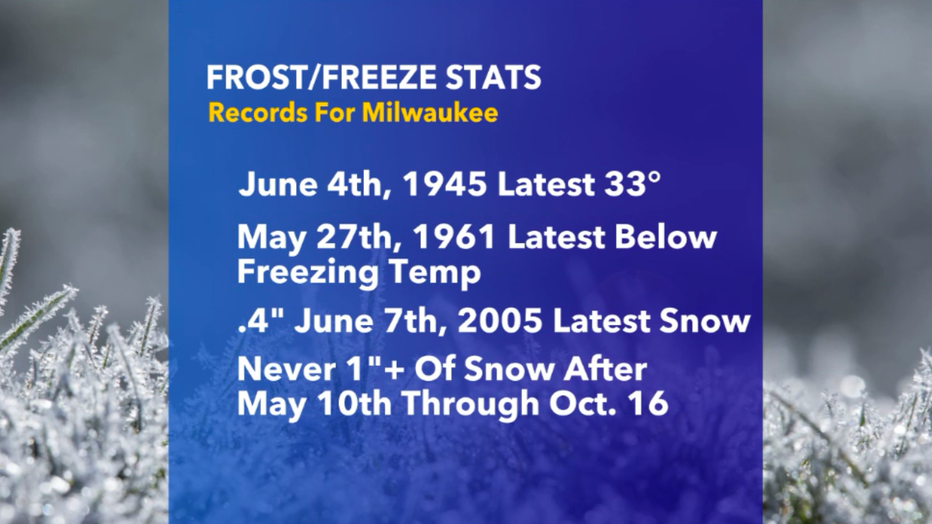