While it might feel like Mother Nature is pulling an April Fools with this cool down there is warmer weather just around the corner! By Sunday, April 4 the first 70°F day of 2021 is possible, and looking long term we'll see plenty more 70s heading into mid-April.

The return of breezy southwest winds will draw in warmer than average air to end the weekend and doesn't go anywhere anytime soon. 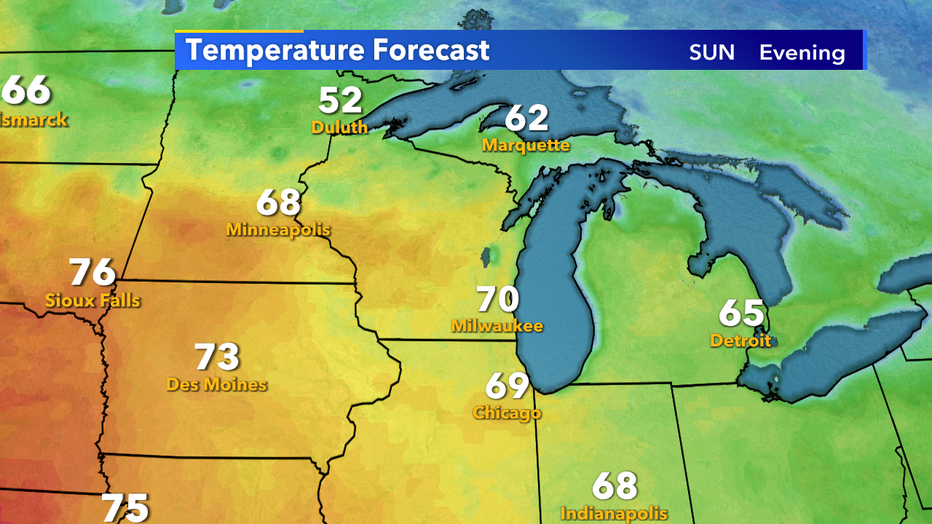 Through mid-April, almost the entire Midwest is expected to see warmer than average conditions with one of the largest departures from average expected from Wisconsin to Missouri. During this time 60s-70s as high temperatures will become the norm. 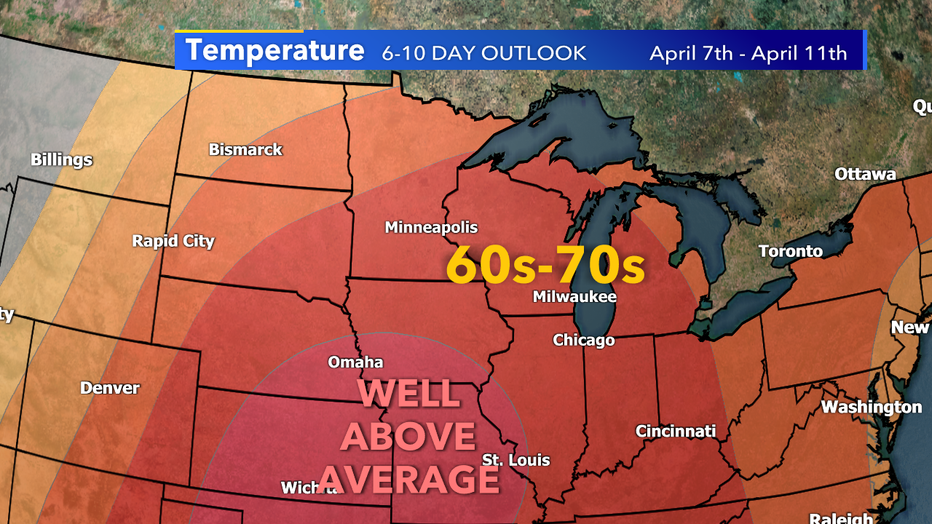 One growing concern is how dry it's been since beginning Meteorological Spring. Going back to March 1, Milwaukee has only received 0.84" of rain which is well below the average of 2.38" during this same time period.

Over the next week from the 7th-11th, we'll have spotty rain chances but we'll likely be entering a more active pattern heading into mid-April.