MILWAUKEE -- Spring showers have been sporadic the last two months, but when it has rained -- it's poured. When all is said and done, this system will have dropped a month's worth of rainfall over a period of 48 hours across the region.

Future models continue to favor at least another 2"-3" on top of the rainfall we've already received by Tuesday morning, May 19, with isolated spots of 4"+ possible. 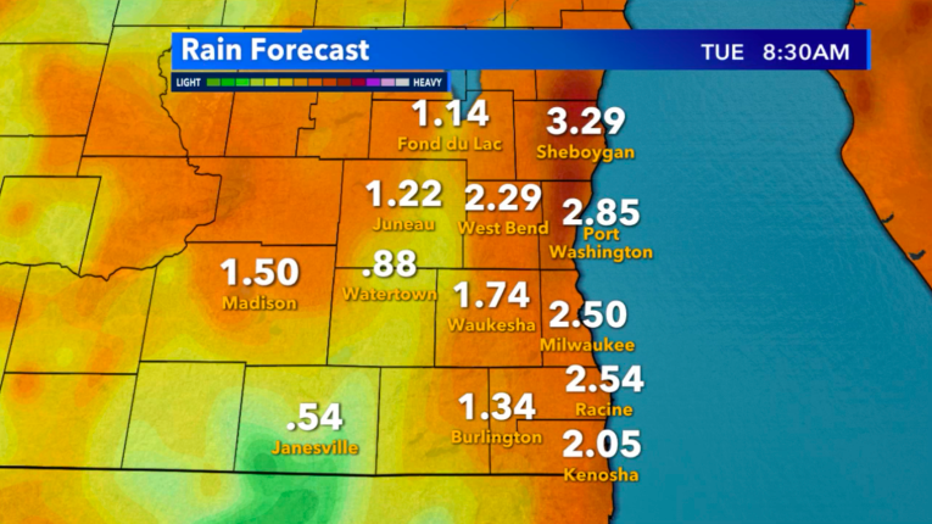 Rainfall forecast for SE Wisconsin through Tuesday, May 19

The heart of this system is still rotating in Minnesota, and throughout Sunday, pushes east, giving us the heaviest rain potential once the cold front arrives. Light to moderate showers will almost be constant through Monday ,with periods of heavy rain very likely in between. 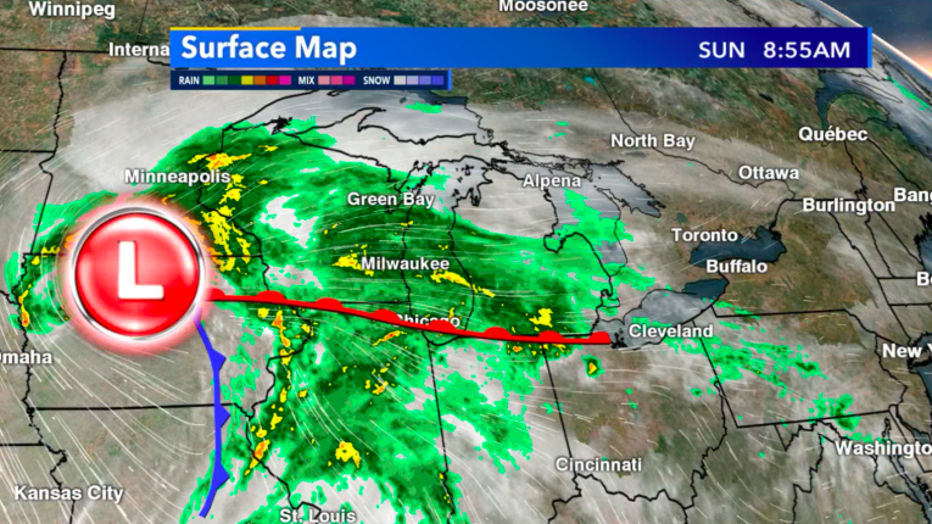 Surface map of current radar situation as of Sunday morning, May 17

Official measurements of rain are still coming in, but by Sunday morning, most of SE Wisconsin had seen over .50" -- and heavier rounds of rain Sunday night will likely come in the form of runoff to already saturated soil. Flood concerns will continue to rise into early Monday morning if we do see the projected additional 2"-3" and isolated spots of 4"+ on top of what's already fallen. 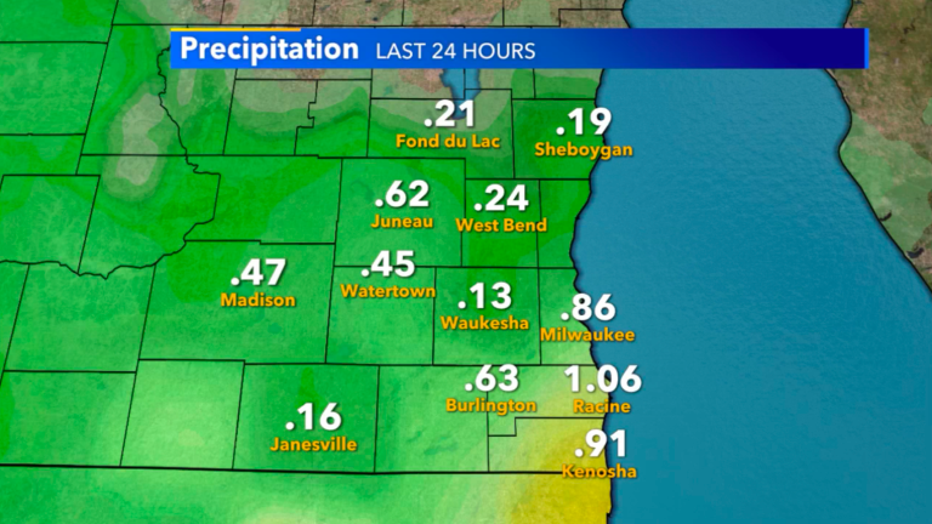 The National Weather Service has issued a flood watch through Monday 1 a.m. for almost everyone within two counties of Lake Michigan all the way up to Green Bay. The whole east side of Wisconsin will get this huge rainfall. 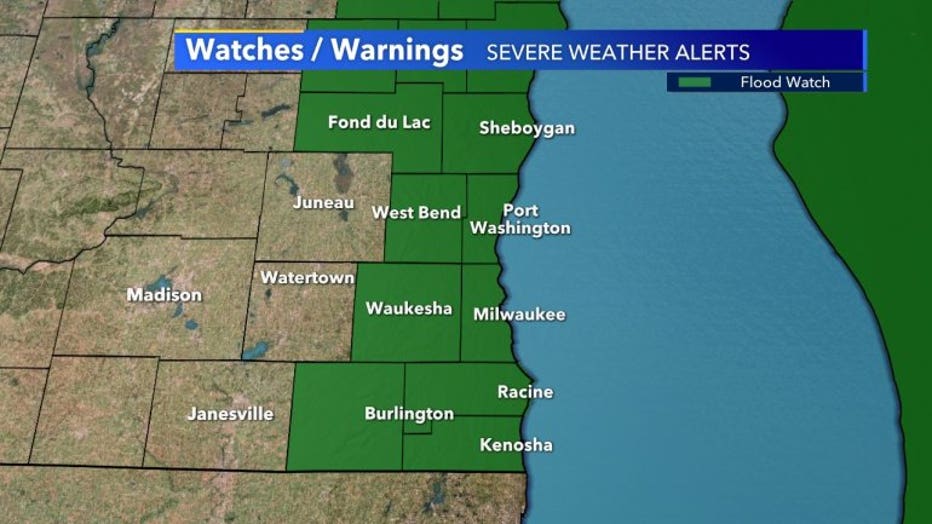 We don't start drying out until Tuesday afternoon, but the good news is, we'll have plenty of time to see calmer weather to end the week. The end of May continues to show a warmer than average temperature trend for the whole state! 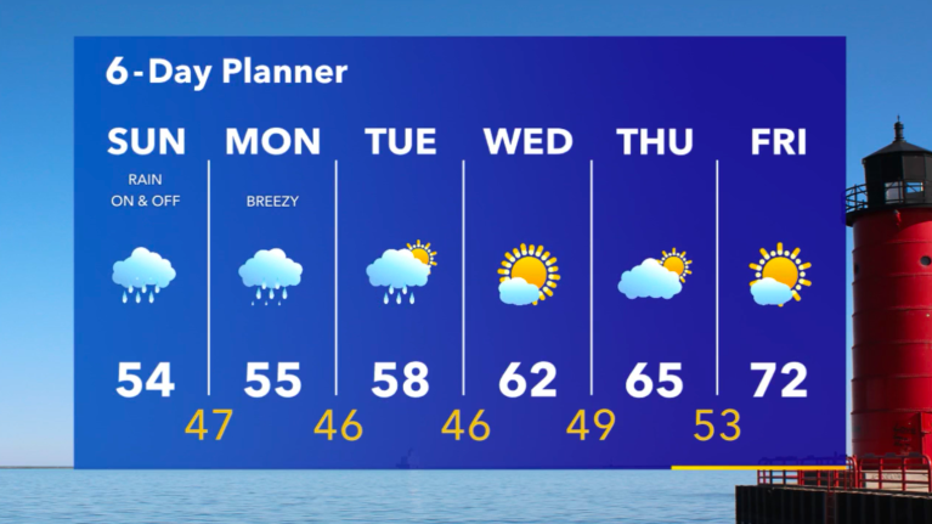