LONDON — Enormous waves churned across the North Atlantic on Saturday as Britain braces for a second straight weekend of wild winter weather and flooding that's already seen the army deployed to help out residents in northern England and the Royal Navy assist in a search and rescue operation.

Heavy rain and strong winds are moving across Britain, and are expected to afflict all parts of the country, including areas of northern England already suffering from last weekend's storms. The peak disruption is set to take place later Saturday. 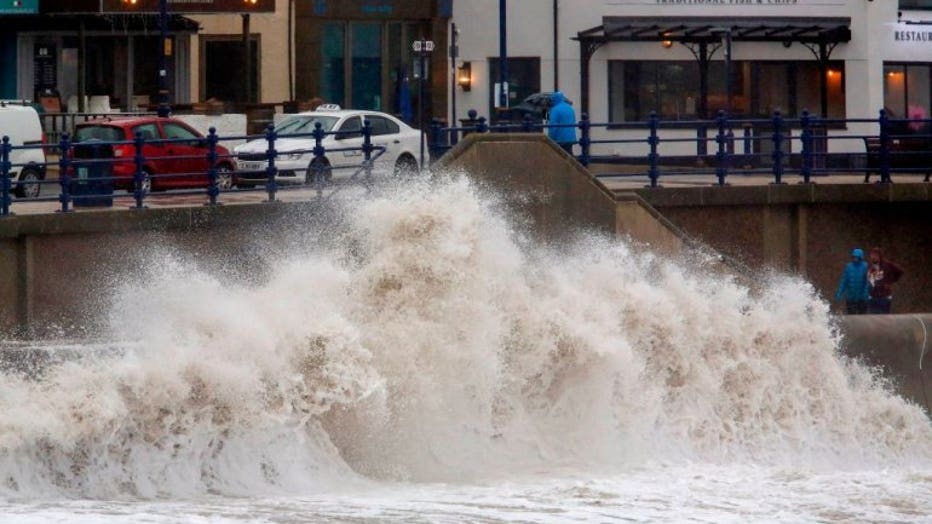 Pedestrians walk along the promenade as huge waves crash against the sea wall at Porthcawl, south Wales as Storm Dennis hits the country on February 15, 2020. - As Storm Dennis sweeps in, the country is bracing itself for widespread weather disruptio

The fourth storm of the winter season, dubbed Dennis, is already causing widespread travel disruptions. Airlines have pre-emptively canceled hundreds of flights out of London and other U.K. airports and train lines have warned about possible delays and cancellations. Tens of thousands of passengers will be affected on what is a busy travel day for families as most schools in the country close for a one-week mid-winter break.

Areas in northern England, which are still recovering from Storm Ciara weekend, face up to 4 1/2 inches (120 centimeters) of rain. The country's Environment Agency said flooding is likely to be worse than last weekend — when hundreds of homes were flooded — since the rain will be falling on already saturated ground. 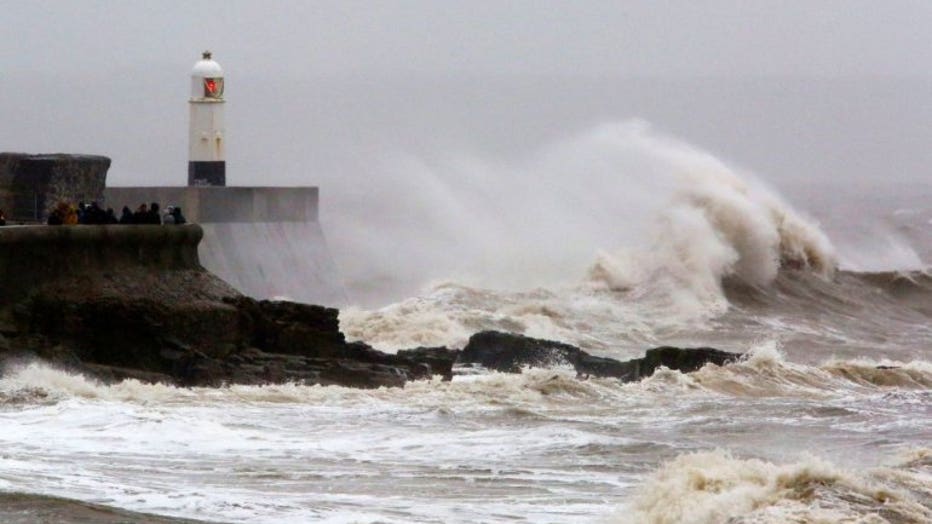 Huge waves crash against the sea wall at Porthcawl, south Wales as Storm Dennis hits the country on February 15, 2020. - As Storm Dennis sweeps in, the country is bracing itself for widespread weather disruption for the second weekend in a row. Exper

Britain's Met Office has issued several weather warnings covering most of the country.

A Royal Navy ship was helping a search-and-rescue operation off the coast of Margate in southeast England after a man was reported to have fallen overboard from a vessel.

Easyjet has already canceled around 230 flights in and out of the country as wind speeds are set to hit 70 mph (113 kph). British Airways has also canceled flights.

British army personnel are set to provide support for stretched communities in the flood-hit Calder Valley region in West Yorkshire.

Storm Ciara killed eight people across Europe, two of them in the U.K.