October 2021 so far has been the warmest October on record and that likely will continue through the end of the month as we look to Halloween. But there is a chance we see some colder air to end the spookiest time of year.

With long-term forecasts, meteorologists look for trends and patterns of high and low pressure and compare that to climate averages for temperature. By Sunday, Oct. 31 much of the Great Plains are favored to be influenced by high pressure that will allow colder air from Canada to flow down into Wisconsin at least in the upper atmosphere. As of now, cool temperatures hold while colder air stays locked farther north. 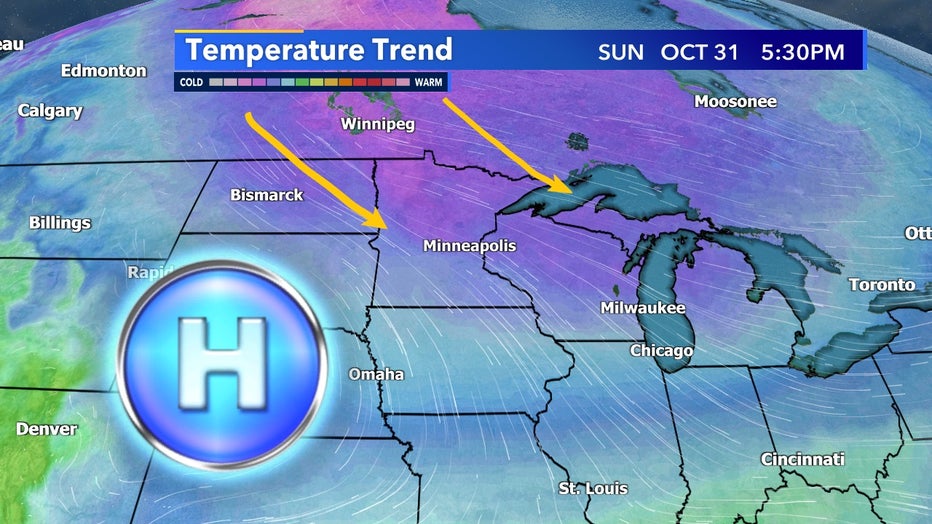 Long-term forecasting, when it comes to precipitation, can be challenging to nail down the exact timing but the general pattern of high pressure doesn't just mean a west or northwest wind, but also dry conditions. SkyVision Plus echos that with just cloudy skies by the time trick or treating gets underway. Rain potential, for now, is favored in the upper peninsula but not in Wisconsin. 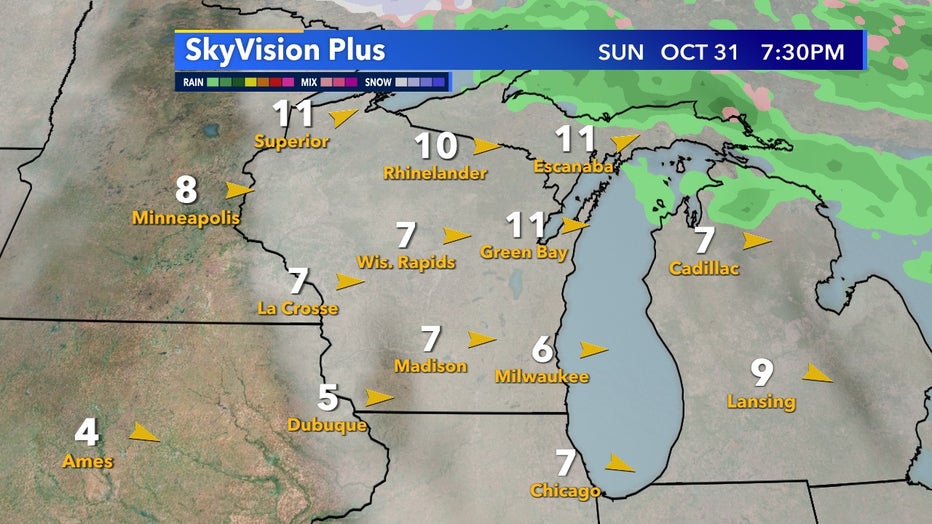 SkyVision Plus forecast for Sunday, Oct. 31

While a day or two by the end of the month could be colder the 8-14 day temperature trend still keeps us warmer than average but nowhere near the 70s we experience for most of the month. Average highs to end October and start November are in the mid to low 50s and with this outlook, we could likely still have 60s around this time. 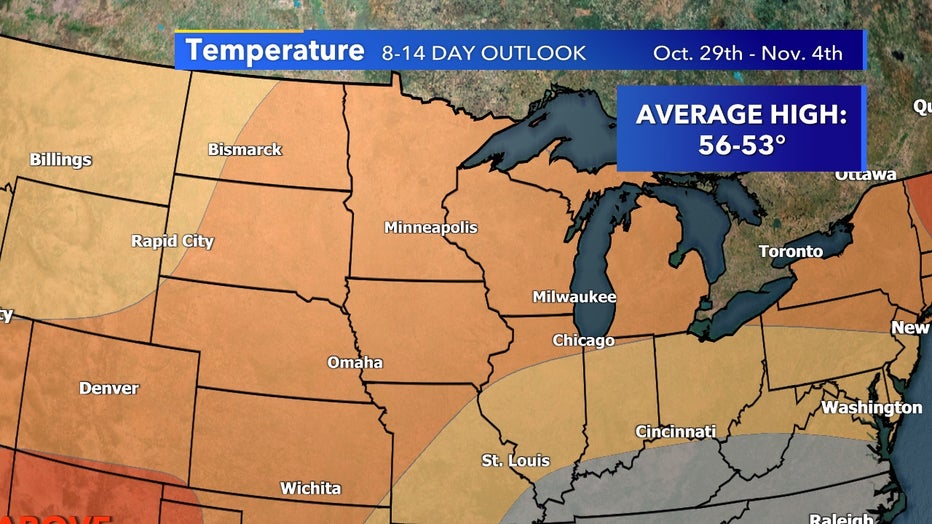