Dec. 1 marks the beginning of Meteorological Winter in the northern hemisphere and it's only going to get colder! December through February is our coldest period of the year in southeast Wisconsin.

The average high declines throughout the month of December and the first half of January until we reach our coldest average high of 31ºF. After the start of February, temperatures slowly increase as we head into spring.

The coldest temperature on record for Milwaukee was -26ºF and numerous times we've gotten at least to -20ºF. For this three-month period, we typically average around 37" of snowfall. 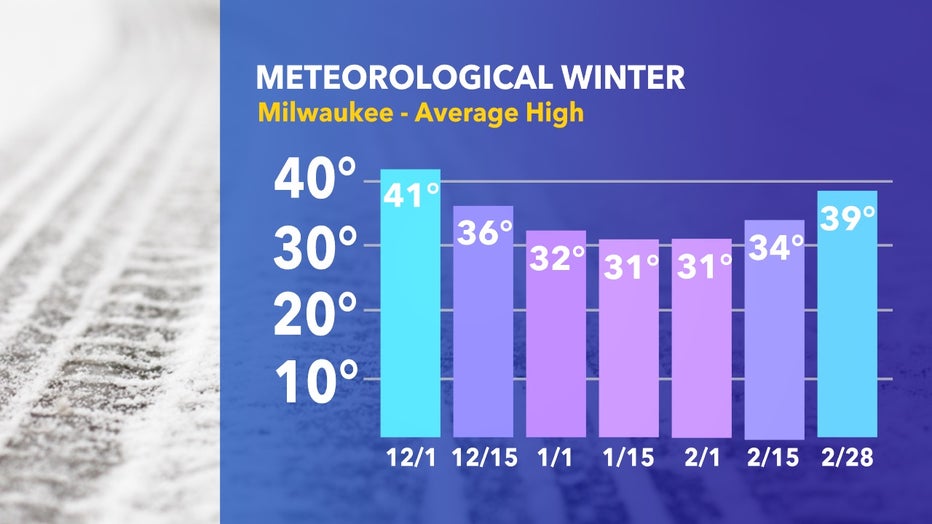 Average highs through out Meteorological Winter

Falling temperatures and declining sunlight continue through December but the positive is it does improve eventually! Our shortest periods of daylight occur from Dec. 19 through Dec. 24 where we only see 9 hours of daylight.

After Christmas, the period of daylight starts to increase once again. 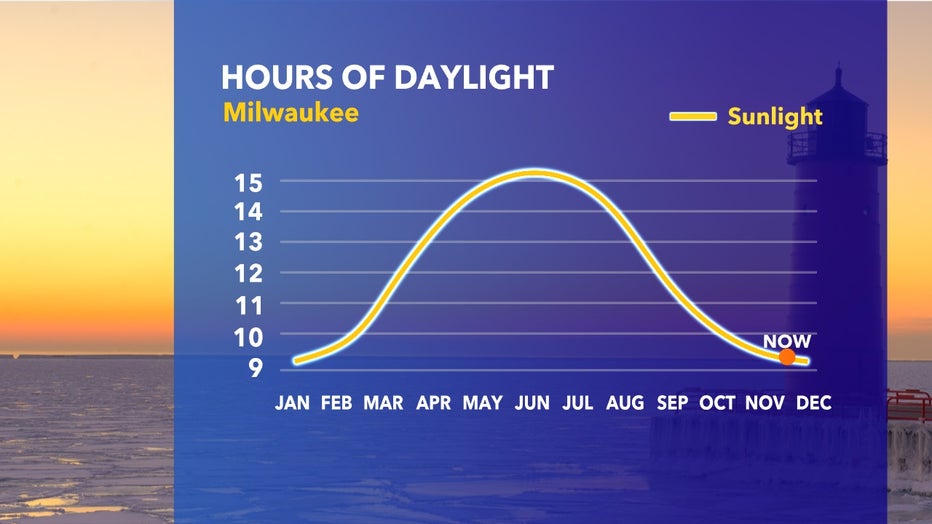 Hours of daylight by date in Milwaukee