Southeast Wisconsin is about to see a streak of cold air we haven't seen in almost eight months. The last time we had at least four straight days of temperatures not getting above 45ºF was mid-March.

Thursday, Nov. 11 rain will be followed by snow chances and much colder air rushing in from Canada. Widespread hard freezes can be expected when the coldest of air settles in by Saturday morning. 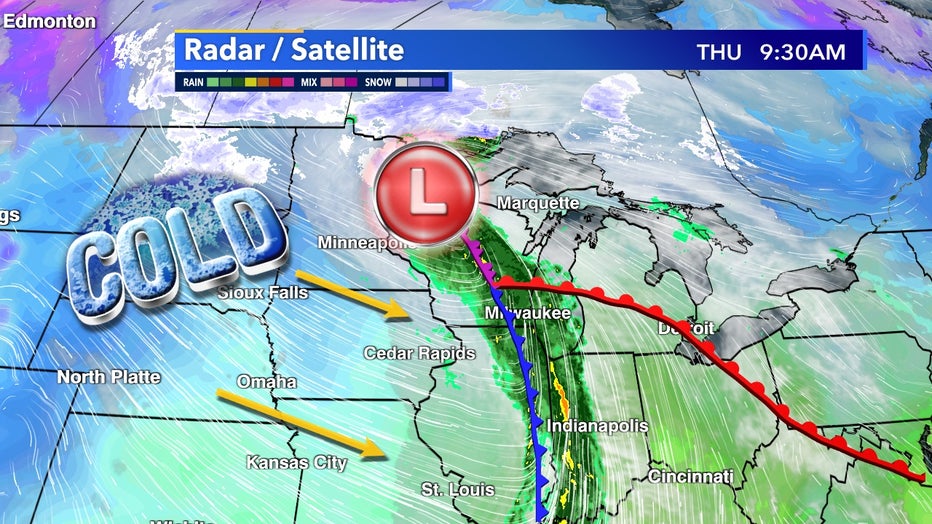 This trough of cold air slowly moves through the region making high temperatures struggle to get out of the 30s. We haven't had a high temperature in the 30s since March 17, 2021.

The coldest air stays in North Dakota where Bismarck might not even get to the 30s. 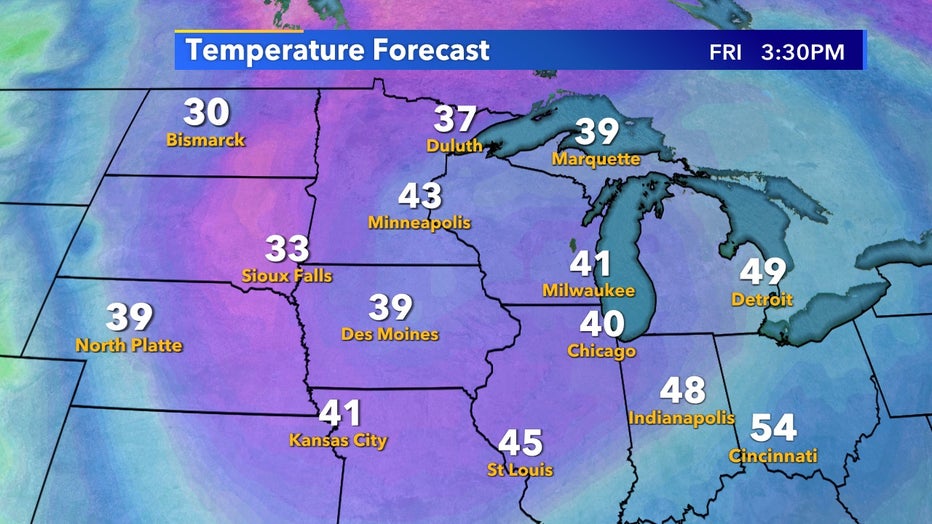 This blast of colder air won't last long. By Tuesday, Nov. 16 we jump right back to average as more mild and dry air moves back in from the south. While this cold air is abnormal it still doesn't make much of a dent in our well above average temperatures so far for fall 2021.

Considering the snow and winds associated with this system, there won't be many leaves left on trees by mid-month either. 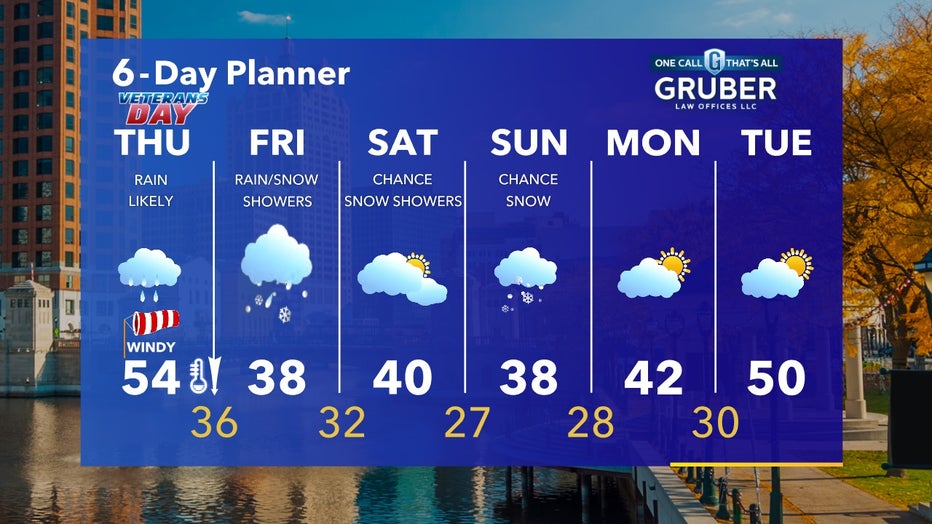 Temperatures stay well below average through the start of next week between Friday, Nov. 12 and Monday, Nov. 15