After what has been one of the warmest Octobers on record, mother nature sends us some humble pie to begin November. Below-average temperatures can be expected for just about the entire first week of the new month.

High temperatures struggling to get into the mid to upper 40s can be expected with lows well below freezing. 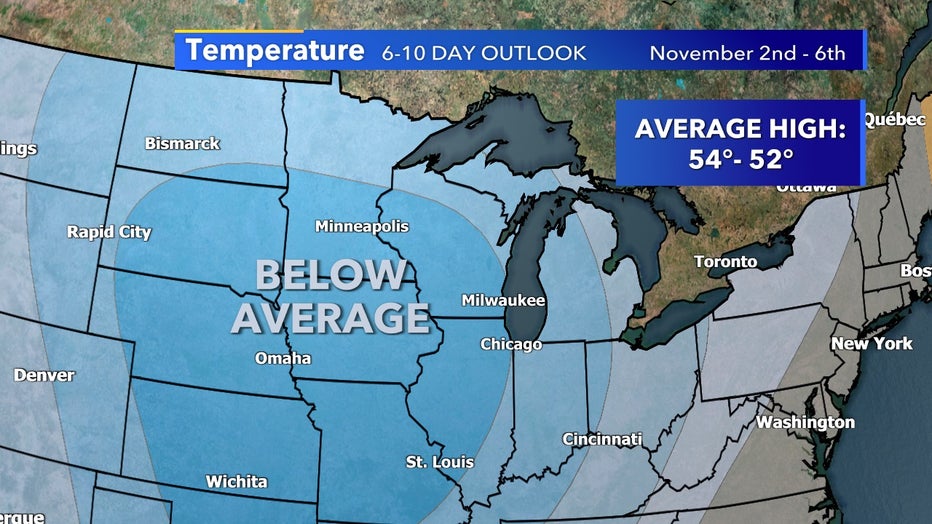 Temperature outlook between November 2nd and November 6th. Cooler than average temperatures can be expected across the entire state.

So far this fall, we've been spoiled with warmer than average air and abnormally high dew points which have made our lows so mild. That all changes next month as dryer and colder air moves in from Canada.

High pressure sets up in eastern Montana and allows for finally colder air to blow in from the north. This will likely allow for some snow chances to pop up in the state but what's even more likely is our first hard freeze. 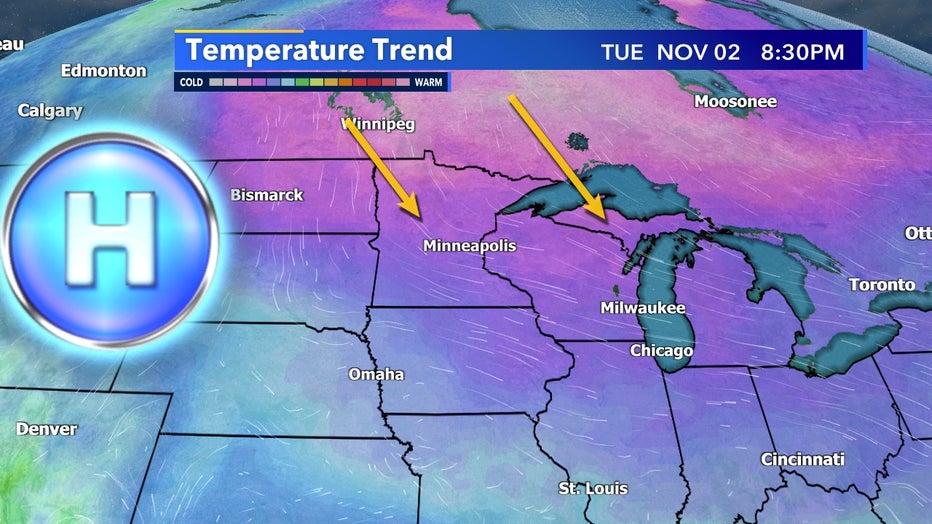 For the start of November high pressure sets up in eastern Montana allowing color northern air to flow into the upper midwest.