Warmer weather is just around the corner and right on time for April! High temperatures for the start of the new month will be favored to be above average for just about the entire state of Wisconsin. During this time, the average high hovers around 50°F and likely will be well above that at least through April 8. 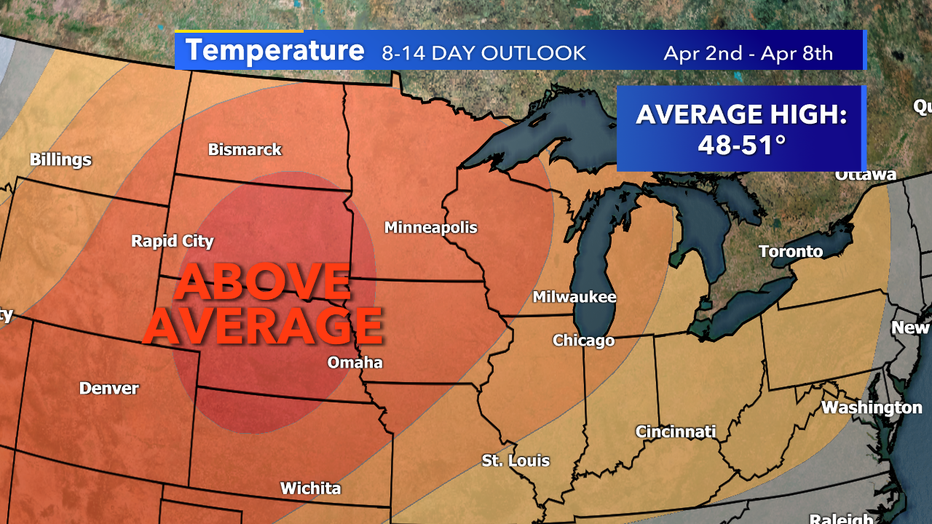 The state has dribbled back and forth between warmer and cooler weather thanks to the passage of multiple lows bringing down Canadian air. But by the start of April, an impressive ridge develops in the Great Plains that will shift warm southern air into the region.

This doesn't mean we're done with freeze potential but this is a big step in ushering in warmer spring conditions. 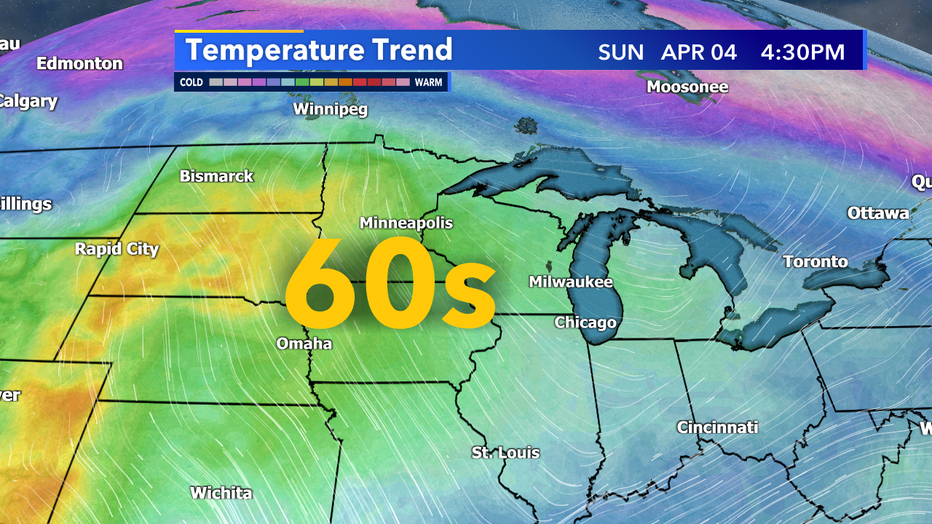 The warmest temperature Milwaukee has reached so far this year is 68°F and the odds favor us seeing even warmer weather than that during the first week of April at some point. Time to start planning out those gardens!