A tornado in Wales left one dead and 14 injured as it tore through Wales on April 27, 1984. Its destructive path stretched more than six miles.

Milwaukee - A tornado touched down just southeast of Wales on April 27, 1984, at the intersection of County Road E and County Road D.

The tornado continued to intensify, damaging many structures as it traveled northeast, until dissipating in southwestern Pewaukee. 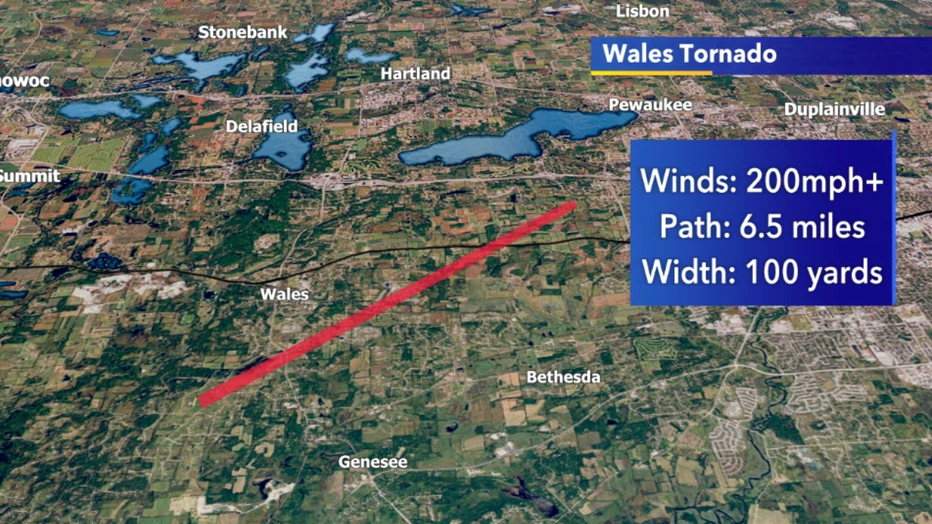 After crews examined the extensive damage left behind by the storm, the tornado was given an F4 rating; the second-highest on the Fujita Scale. Estimated wind speeds were between 207 and 260 mph 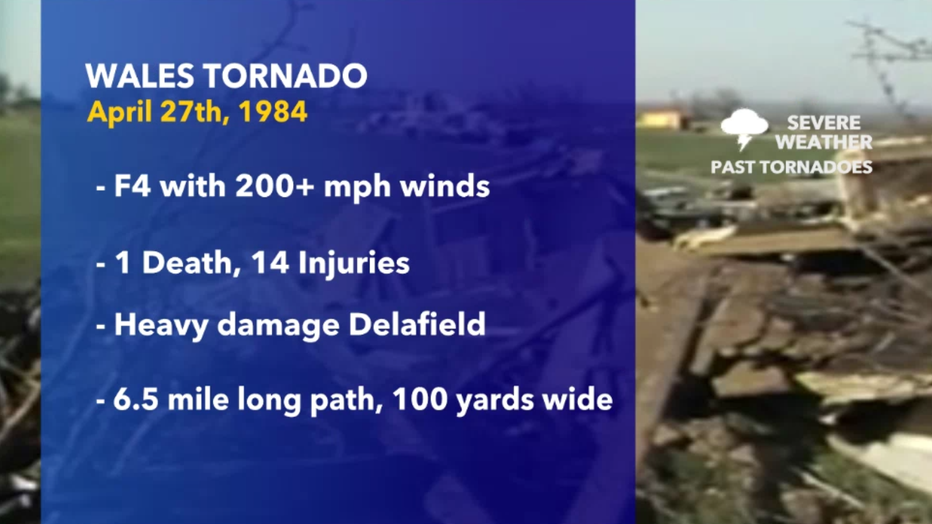 As we get closer to peak severe weather season, it's important to have a safety plan in place so you're prepared when dangerous weather heads our way. Download the FOX6 Storm Center App and tune in to our FOX6 Weather Experts' forecasts to get the latest information whenever there is a threat of severe weather.