OAKFIELD -- On July 18, 1996, one of the strongest tornadoes in Wisconsin history touched down in Fond du Lac County just before 7 p.m. west of the Town of Oakfield.

The tornado quickly strengthened to an F5 before hitting Oakfield at 7:15 p.m., with estimated winds over 250 mph. After traveling 20 miles through Fond du Lac County, the tornado eventually dissipated, but not before devastating the Town of Oakfield. 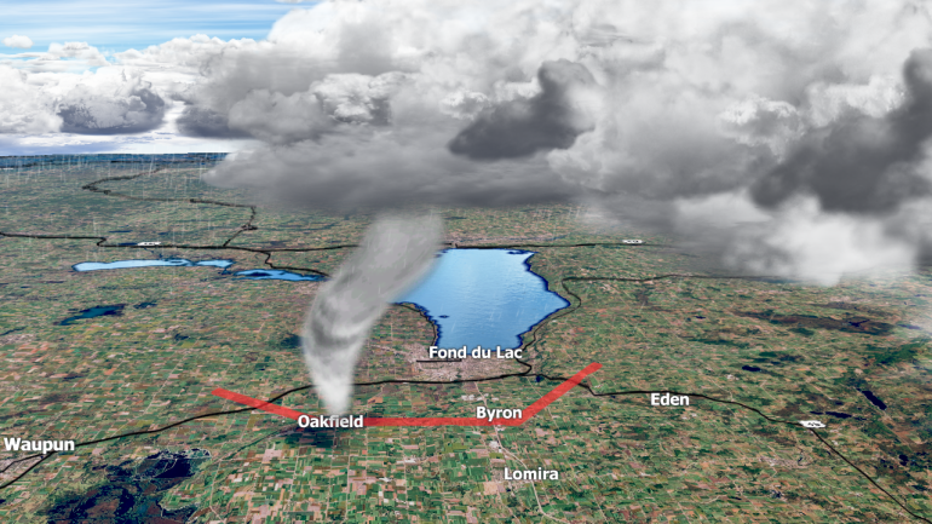 In all, over 100 structures were damaged by the tornado, and many were completely leveled by the powerful twister. Fortunately, no fatalities were reported, and only 17 injuries despite the immense destruction left behind.

The Oakfield tornado is just one of three tornadoes ever to reach F5 criteria in the state, and is the most recent F5 tornado in Wisconsin history. The Barneveld tornado of 1984 and the Dunn County tornado of 1958 were also of F5 strength. 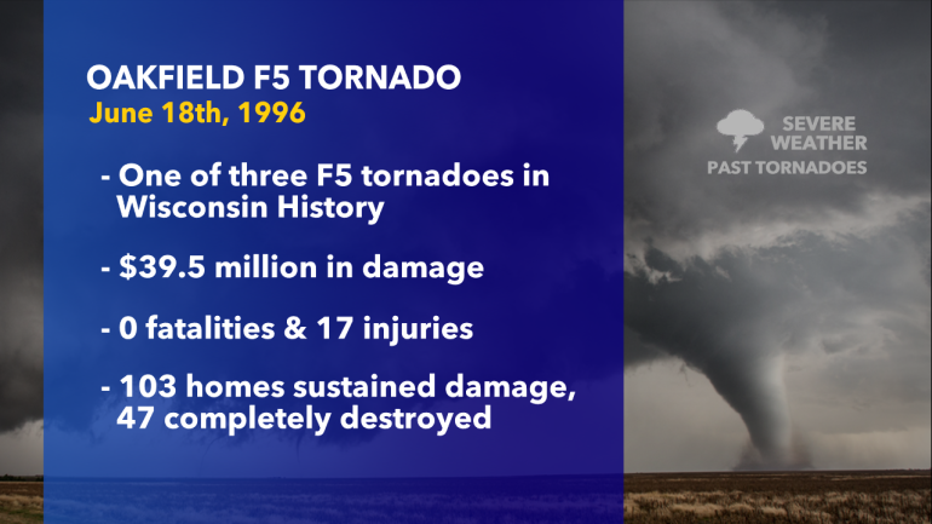 Using the modern scale of tornado intensity, an EF-5 on the enhanced Fujita scale is the highest level of intensity a tornado can have. EF-4 and EF-5 tornadoes are considered violent and extremely destructive, making Oakfield one of the most violent to hit the state. 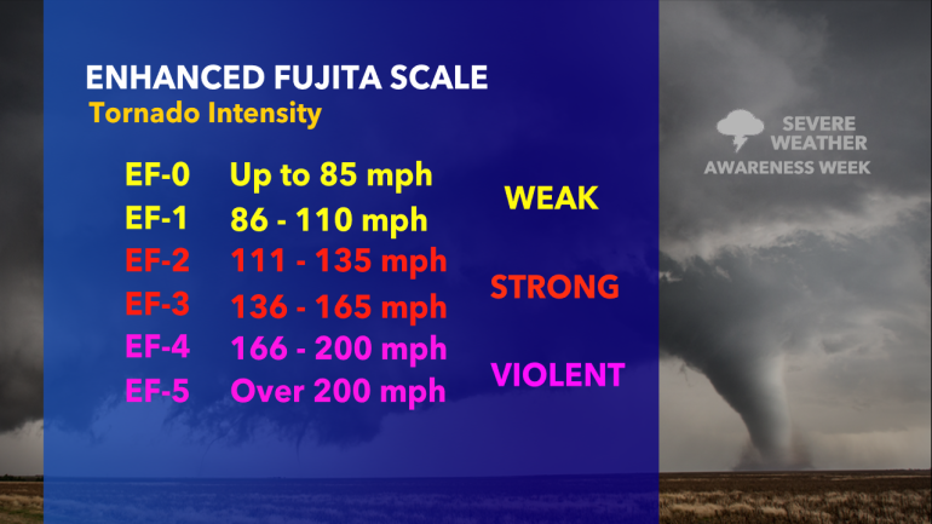