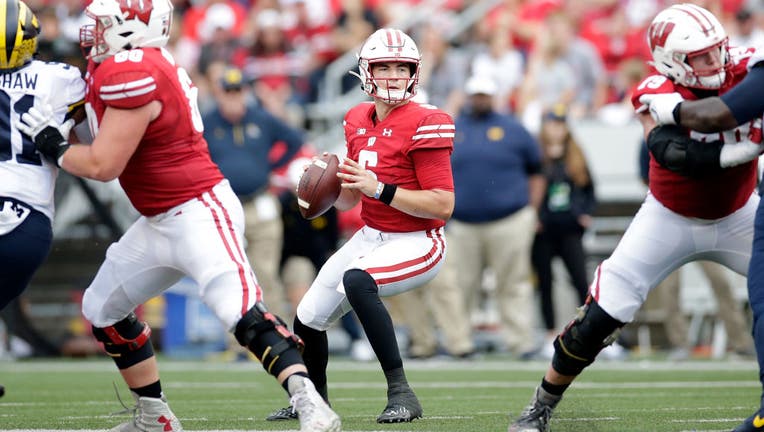 MADISON, Wis. - Wisconsin is listing quarterback Graham Mertz as questionable for Saturday's game at Illinois after a chest injury knocked him out of the weekend loss to Michigan.

Mertz didn’t return to the Michigan game after Daxton Hill sacked him early in the third quarter of the Wolverines' 38-17 triumph. Mertz expressed optimism Monday that he'd be able to play against Illinois (2-4, 1-2 Big Ten).

"I was out there today," Mertz said after practice. "I’ll just go with it day by day."

Mertz was taken to the hospital for evaluation after his injury and got released later Saturday. Wisconsin coach Paul Chryst said all the test results were encouraging.

"I feel all right," Mertz said. "I’m just kind of taking it day by day, getting treatment and trying to get better every day."

Wisconsin (1-3, 0-2) is trying to recover from its worst start since 1990 as the Badgers prepare to face one of their former head coaches for the first time in program history. Illinois coach Bret Bielema coached Wisconsin from 2006-12 before leaving for Arkansas.

Bucks to require vaccine, testing to sit near court

The Bucks will require all fans seated within 15 feet of the court at Fiserv Forum to be fully vaccinated against COVID-19 or to provide proof of a negative COVID-19 test taken within 48 hours of the game, a release said Monday.

One Arrowhead senior is all about the kills, but off the court all she wants to do is lift other people up. That's what makes her this week's FOX6 High School Hot Shot.