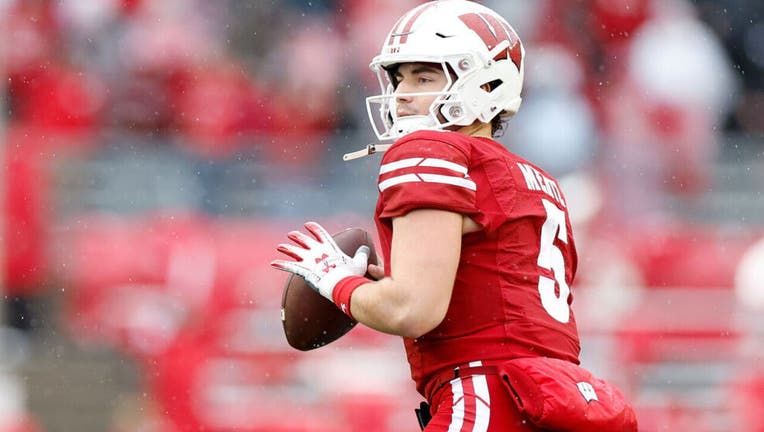 Mertz announced Sunday on social media he was entering the portal "in pursuit of my next opportunity." His move comes one week after Wisconsin hired former Cincinnati coach Luke Fickell to head its program.

"I am grateful for my time as a Badger," Mertz said in his post. "My time in Madison has taught me lessons that go far beyond the football field."

Mertz arrived at Wisconsin as the nation’s No. 65 overall prospect in his class, according to composite rankings of recruiting sites compiled by 247Sports. He was the Badgers’ first top-100 247Sports Composite signee who didn’t play on the offensive line since 2007, when they got running back John Clay.

But he struggled with consistency the rest of his time with the Badgers. Wisconsin had a different offensive coordinator each of his three seasons as a starter.

"To my teammates, we’ve been through a lot, and the thing that kept us going was our love for each other," Mertz said in the post announcing his decision. "That is one thing that can never be broken."