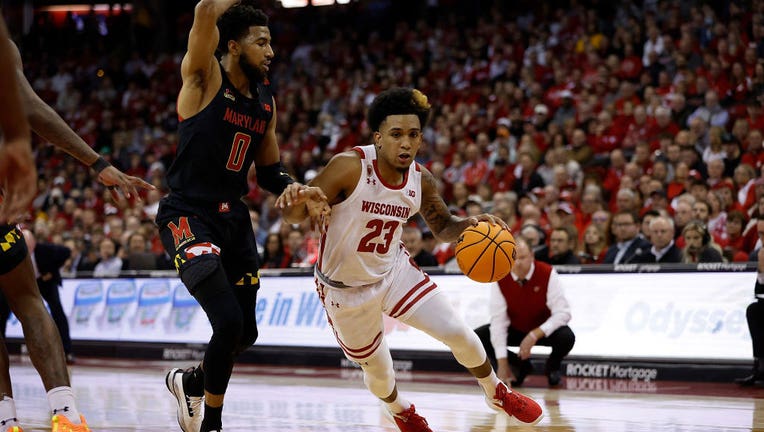 MADISON, WISCONSIN - DECEMBER 06: Chucky Hepburn #23 of the Wisconsin Badgers drives to the basket on Don Carey #0 of the Maryland Terrapins during the second half of the game at Kohl Center on December 06, 2022 in Madison, Wisconsin. (Photo by John

"We make it harder on ourselves at times than we need to," Wisconsin coach Greg Gard said. "But we were able to do just enough to close it out."

Young and Donald Carey hit late 3-pointers to get the Terrapins within 58-53, and Young made another 3 to make it 63-59, but Maryland never got within one possession in the closing stretch.

"We have a lot of guys that are kind of going through this the first time, that haven’t played the Wisconsins," Willard said. "You can show film and you can talk to them about it, but I think — and Jahmir will tell you — until you kind of experience it and go through it a little bit … again, their physicality, even on the offensive (end), kind of caught us by surprise."

"I think we worked really well on the defensive side," Hepburn said. "That’s what kind of forced them to take a couple tough shots late in the second half. They did get some open room, but when you play solid defense, it just makes up for missing free throws."

Crowl hit a short jumper that put Wisconsin in front 27-15 in the first half, but Maryland answered with an 11-point run, hitting four consecutive shots, including three from beyond the arc.

"They remind me a lot of Villanova, the Big Ten version of Villanova," said Willard, who spent the previous 12 seasons at Seton Hall in the Big East. "They’re going to do what they do. They don’t get away from it."