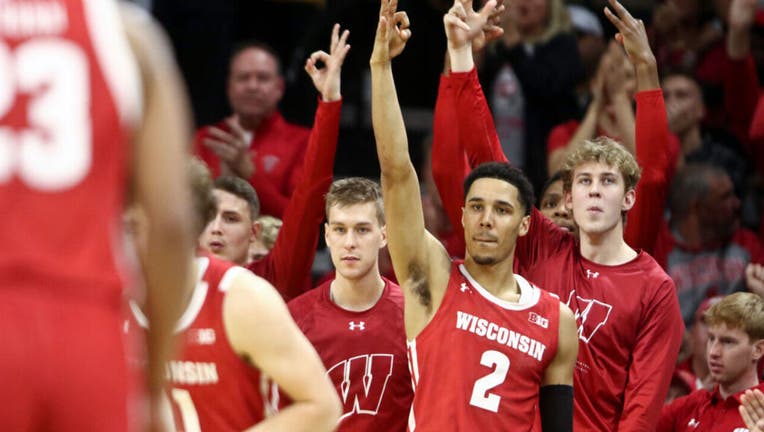 Patrick McCaffery buried a 3-pointer with 15 seconds left to send the game to overtime tied at 60. He opened the extra period with a three-point play and added two free throws to give Iowa a 65-62 lead. Perkins hit a jumper to put the Hawkeyes up three, but Wahl buried a 3-pointer to knot the score at 69 with 1:59 remaining.

Patrick McCaffrey followed with a three-point play, but Jordan Davis hit a 3 to pull the Badgers even. Crowl scored in the paint and Hepburn hit two free throws to put Wisconsin up 76-73 with 26 seconds left. Rebraca and Essegian traded layups before Patrick McCaffery missed a 3-pointer on the game's final shot.

Patrick McCaffery made two free throws and a layup in an 8-0 run and Iowa grabbed its first lead of the game 27-25 with 33 seconds left in the first half. Chucky Hepburn hit a jumper with 2 seconds left to pull Wisconsin even at intermission.

The Badgers sank 12 of 20 shots from inside the arc, missed 10 of 11 tries from beyond it and didn't attempt a free throw in the first half.