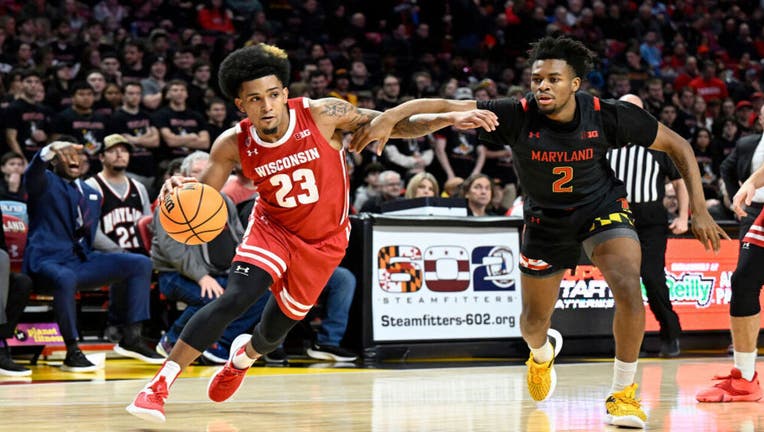 MADISON, Wis. - Jahmir Young scored 22 points and Donta Scott recorded a double-double and Maryland distanced itself in the second half en route to a 73-55 win over Wisconsin on Wednesday night.

After Essegian's 3-pointer with 6:01 before halftime, the Terrapins posted a 10-0 run in a little more than three minutes when Scott made a technical foul shot after Jordan Davis was called for a flop. Young scored a layup, and after Carter Gilmore missed a 3-point attempt for Wisconsin, Scott made a 3. Young added a layup for a 30-23 lead with 2:56 before intermission and the Terrapins led 32-28 at halftime.