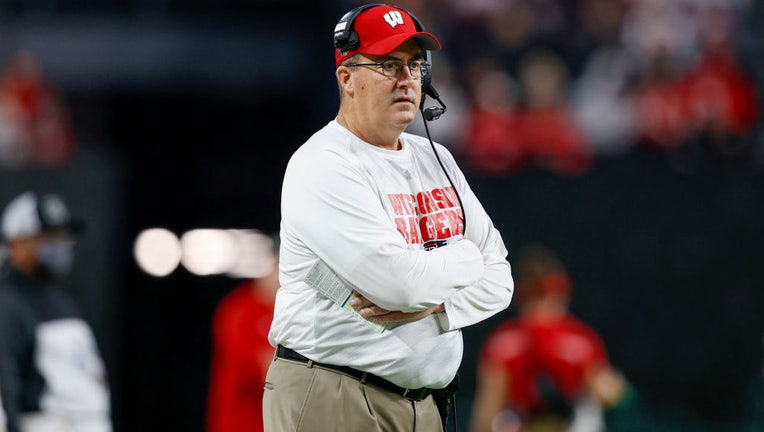 Chryst added that he did keep incumbent quarterback Graham Mertz informed about the situation as Williams was making his decision.

"He understands," Chryst said Monday, the day before Wisconsin opens spring practice. "That’s the world that we’re in right now. … You always want to make sure you’re communicating with your players."

Wisconsin was linked as a possible landing spot for Williams thanks in part to his relationship with new Badgers offensive coordinator Bobby Engram, who is friendly with the Williams family. Williams and Engram’s son, Wisconsin receiver Dean Engram, were teammates at Gonzaga College High School in Washington, D.C.

During his introductory news conference last month, Engram said "any great player that becomes available that’s interested in you, you have to look at." But he added that "I think people really linked us together more than what it might have been."

"A lot of that was played out probably more so publicly than it was," Chryst said.

Mertz, the most heralded quarterback prospect to sign with Wisconsin since the arrival of recruiting websites, has struggled with consistency in two seasons as a starter.

Mertz has completed 59.5% of his career passes.

"He’s now had two seasons that he’s played a lot of football and two seasons worth of opportunities and times where he’s done some really good things," Chryst said. "And then there’s clips where this is where you absolutely have to get better, and this you can’t do anymore. The thing I’ve always appreciated about working with Graham is you can go direct with him. He cares. He cares about this team first and foremost."

Mertz is working with a new-look offensive staff.

Chryst said the special teams responsibilities will be divided among staff members. Chryst added that the Badgers would take a collaborative approach to play-calling responsibilities.

One Germantown junior took a hobby and turned it into his number one passion. That's what makes JV Myles this week's FOX6 High School Hot Shot.