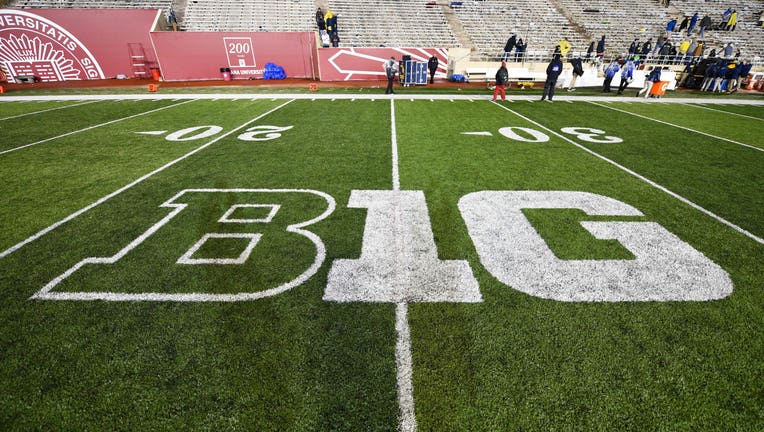 The Big Ten Conference logo at Memorial Stadium following a college football game between the Michigan Wolverines and Indiana Hoosiers on Nov. 23, 2019, at Memorial Stadium in Bloomington, Indiana.(Photo by James Black/Icon Sportswire via Getty Image

ROSEMONT, Ill. (AP) - Six Big Ten football games will be played at different sites than originally planned and dates for many matchups have been changed on the revised 2021 conference schedule released Friday, Feb. 5.

The Big Ten shortened its 2020 season to eight games because of the COVID-19 pandemic, and six games were played at the same location as the previous year. The changes to the 2021 schedule avoid having the same home team three years in a row for those games.

Two rivalry games were moved back to their traditional spots at the end of the regular season. Iowa plays at Nebraska on Nov. 26 and Wisconsin visits Minnesota on Nov. 27.

Each team's nine conference opponents remain the same from the original schedule.