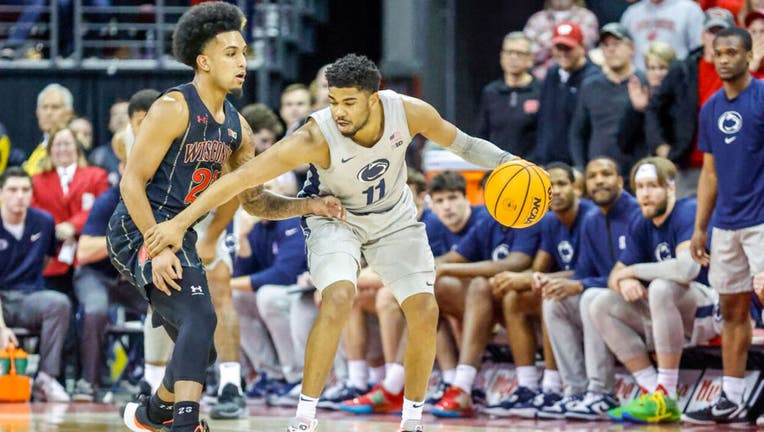 Tyler Wahl returned to the lineup for Wisconsin (12-5, 4-3 Big Ten) following a three-game absence from the lineup due to injury in which the Badgers lost all three. Wahl had 10 points and finished 3-for-10 shooting but buried his lone 3-point attempt.

Hepburn made two foul shots with seven seconds left to cap the scoring. Following a Penn State (12-6, 3-4) timeout, Andrew Funk's 3 attempt bounced off the back of the rim and Jordan Davis secured the long rebound to end it.

Myles Dread's 3-pointer with 2:38 remaining reduced the Nittany Lions' deficit to 61-60, but Penn State failed to score again as it missed its last four-shot attempts and committed a turnover.

Jalen Pickett scored 19 points and grabbed 12 rebounds for Penn State. Funk finished with 16 points shooting 3 for 8 from beyond the arc and Dread, a reserve, scored 11.

Tuesday marked the 25th anniversary of the debut of the Kohl Center where Wisconsin moved its record to 19-0 against Penn State. The Nittany Lions haven't beaten Wisconsin since 1995 in the Badgers' former home the Field House.

The Badgers are 23-2 all-time against Penn State at Wisconsin.

The Nittany Lions host Nebraska on Saturday. Wisconsin travels to Northwestern on Saturday.