MILWAUKEE -- There's a big game Tuesday evening, July 14th at Miller Park -- but this isn't a baseball game! Instead, it's a soccer matchup between Newcastle United and Club Atlas. Ahead of the match, FOX6 News caught up with a group pushing for a professional soccer team in Wisconsin.

The Milwaukee Barons organized the "Miller Park March" and a tailgate in the Miller Park parking lot in an effort to prove that Wisconsin can support a high-level professional outdoor soccer team. 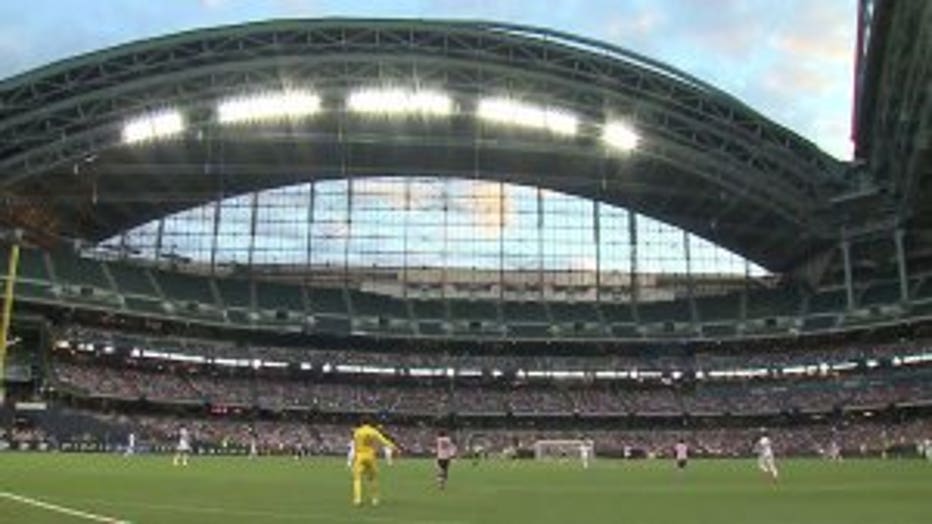 The Barons are an independent supporters group focused on uniting the community in an effort to bring a true professional soccer team to the state.

"We're serious about wanting a team and supporting a team," James Moran, executive director of the Milwaukee Soccer Development Group, from which the Milwaukee Barons were born.

The tailgate was set to begin at 5:00 p.m., followed by the march at 7:30 p.m. The tailgate was a fundraiser for the Milwaukee Soccer Development Group and included a DJ, soccer-related games and injury prevention assessments. It was also an opportunity to raise awareness about the Milwaukee Barons and the effort to bring a soccer team to this state.

The Milwaukee Barons are hoping to reach a goal of 5,000 season ticket pledges to prove that our state is ready for a professional soccer team. 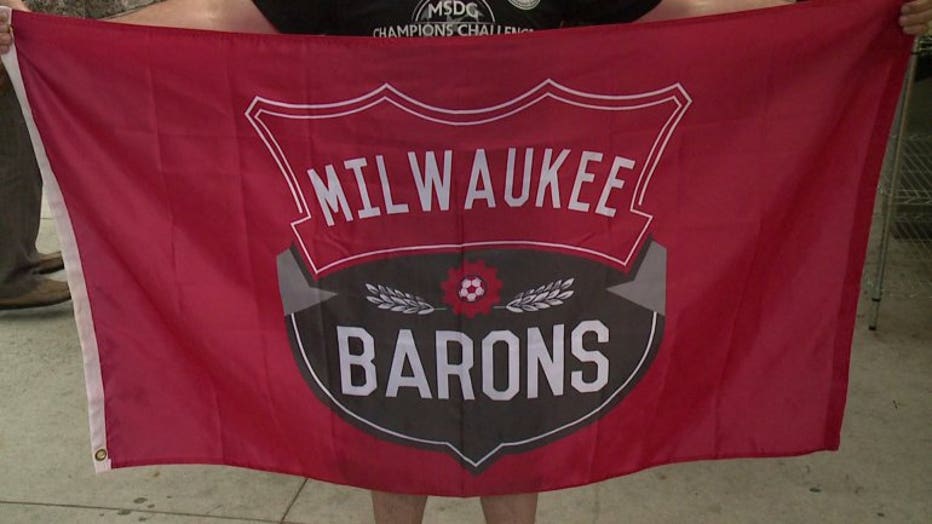 "For this to be successful, for this to be a true, grassroots movement, we need everybody from the community. I need the soccer players down at the lakefront. I need the soccer players down on the southside. Everybody, in all these different leagues, to come and support it. We want to prove to investors that we're ready to support a team, and they've challenged us. I've been personally challenged to come up with 5,000 pledges for season tickets," Moran said.

"They're donating $5 from every ticket to the Milwaukee Soccer Development Group," Moran said. 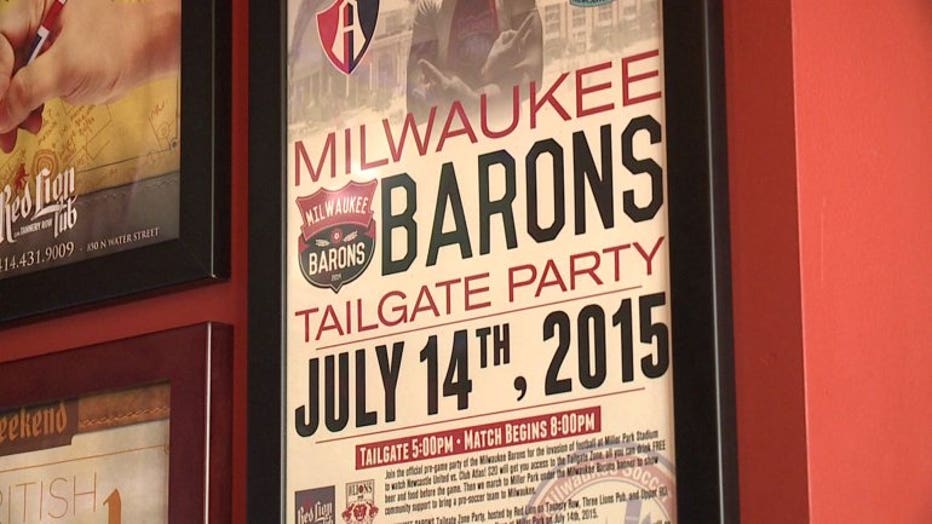 The soccer matchup between Newcastle United and Club Atlas was scheduled to begin at 8:00 p.m.